Realme X2 arriving on September 24 with a 64MP camera

Chinese phone maker Realme unveiled the Realme XT last week at an event in India, and now the company has announced it will unveil the Realme X2 on September 24 in China.

The teaser shared by the company on Weibo confirms the X2 will boast a quad camera setup with a 64MP unit as the main sensor, but other than that Realme hasn't divulged anything. 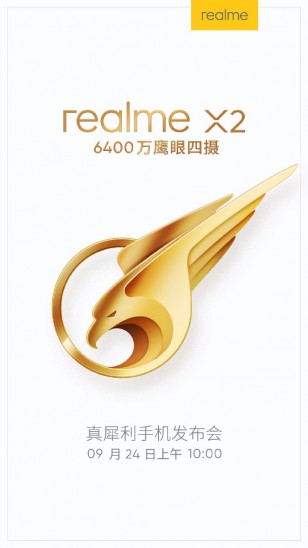 That said, after the XT event in India last week, Realme teased a variant of the XT with a Snapdragon 730G SoC and 30W VOOC Flash Charge. The X2 is likely the Snapdragon 730G-powered XT for the Chinese market, which will make its way to India in December. 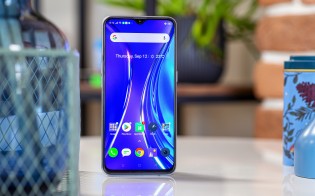 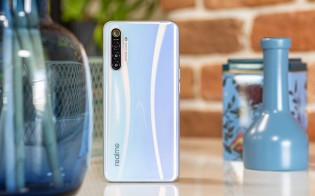 We are still a week away from the unveiling, so expect to hear more about the X2 in the days leading to the official announcement.

Realme 5 gets Digital Wellbeing and camera improvements with latest update

No they aren't. But I guess that's what Oppo/BBK wanted, 1st confuse du#b consumers with some what similar name 'Re' -d- 'mi', 'Re' -al- 'me'. And then copy everything Xiaomi does, Mi Store=Realme Store, Mi community=Realmi Community, Make&sale e...