Realme X2 Pro to be unveiled on October 15

After posting several teasers last week, Chinese phone maker Realme has now officially confirmed that it will announce the X2 Pro on October 15.

The launch event will be hosted in Madrid, Spain, and it will start at 10 AM local time. The company previously said that X2 Pro will be presented in Asia and Europe simultaneously, but we are yet to hear more about its Asian debut from Realme. 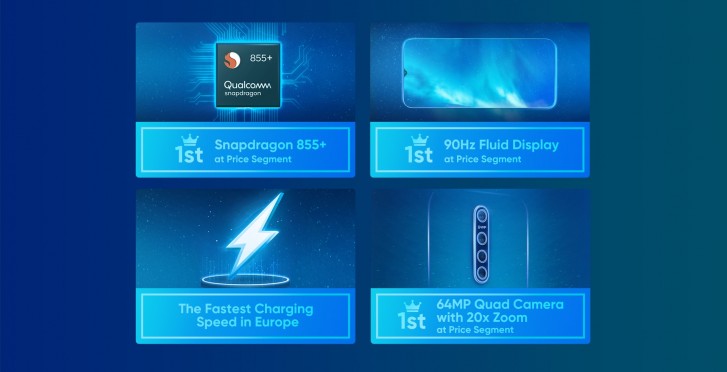 The Realme X2 Pro will be the company's first, true flagship smartphone which will come with a Snapdragon 855+ SoC, 90Hz display, and a 64MP quad camera with a telephoto lens. Besides, the smartphone will feature Dual Stereo Speakers with Dolby Atmos, and support 50W SuperVOOC charging.

Realme will also announce the 5 Pro and X2 for the European market at the event.

it is not the case for realme, i believe. the brand was created to compete with xiami's redmi. i only am recently into chinese brands, but as far as i know redmi and realme are the new "flagship killers". i previously only had samsung, sony, and appl...