Realme X3 Pro pops up on Geekbench with Snapdragon 855+

We’ve been hearing speculations about an incoming Realme X3 Pro but the company is still staying silent on the topic. Earlier this year a device with the model number RMX2121 was spotted on TENAA and leaksters suggested this is the phone; today a different device codenamed RMX2083 shined on Geekbench with Snapdragon 855+, raising the question which one is the real X3 Pro. 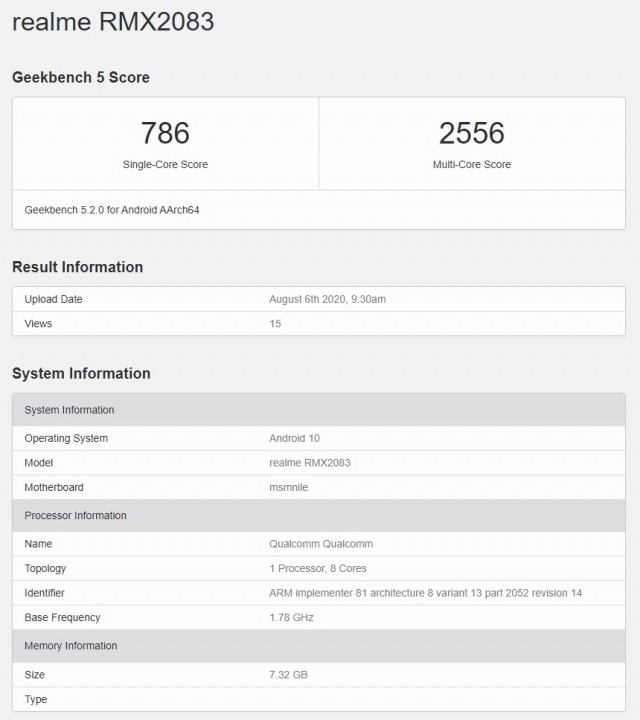 The Realme X3 and the Realme X3 Superzoom both arrived with the Snapdragon 855+, so why wouldn’t the company keep it consistent?

However, a third model number RMX2170 was also suggested to be the X3 Pro, raising the question which is the right one.

The Realme X3 had some good specs, while the Superzoom took the lineup to another level with 5x optical zoom in the telephoto camera, up to 12 GB RAM and a 32 MP selfie shooter.

If the Realme X3 Pro is going to try and become the king of the family, it better bring 65W charging to the scene, or why not even the 125W UltraDART standard, unveiled last month.

Please be right as why would it have the same CPU as the X2 Pro? Makes no sense! I hope you're right!

I hope this specification just a little bit different with X3 Superzoom, but with 120Hz AMOLED display, 65W charging, and the same camera configuration except for the 2x tele camera.