Last week, Realme shared a couple of posters of the X50 5G, which revealed the design of the smartphone and confirmed quad rear cameras and a side-mounted fingerprint reader. Today, the company shared a new image, which shows us the front of the X50 5G.

A previously shared poster by Realme did reveal that X50 5G will feature a display with a pill-shaped hole in the upper-left corner for the dual selfie camera. But the image shared by Realme today offers a clearer look and shows off the slim bezels surrounding the phone's display on three sides - left, right, and top. 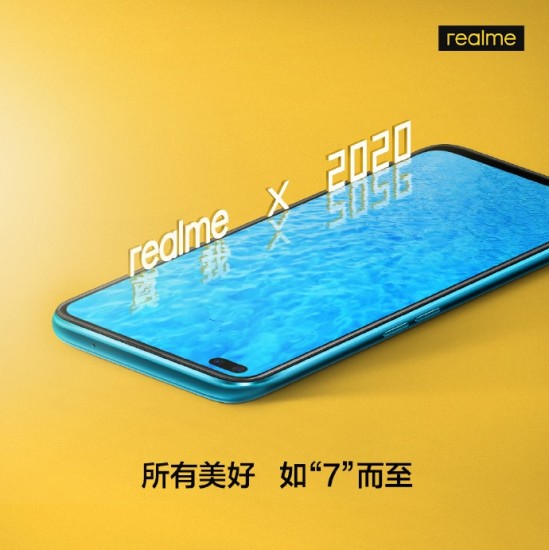 The X50 5G will be unveiled on January 7 and the company has already confirmed a few of its specs - Snapdragon 765G SoC, two-day battery life, and enhanced VOOC 4.0 fast charging.

The company hasn't officially revealed the entire specs sheet, but if a recent leak is to be believed, we'll see the X50 5G arrive with a 6.67" FHD+ 120Hz LCD backed by a 4,500 mAh battery that will charge through a USB-C port.

It seems that they are going to make a trend of IPS LCD display again... 😊

Again making a trend of the IPS LCD display... 😊