Yesterday we saw the first official poster of the Realme X50 5G which revealed the phone's design and confirmed the Polar color option. We also saw a live image of the X50 5G which revealed the smartphone will come with a side-mounted fingerprint reader. Now we are looking at another official image, which confirms the X50 5G will feature a side-mounted fingerprint scanner.

The fingerprint reader will be placed on the right side of the phone, embedded in the power button. This is the first time Realme is launching a smartphone with a side-mounted fingerprint scanner. A set of new live images have also surfaced, but they don't reveal anything new. Check them out below. 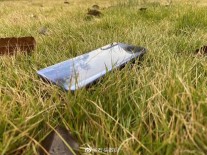 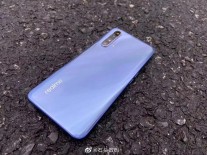 Realme will likely reveal more about the X50 5G in the days leading to the official announcement.

Nice to see some high-refresh IPS displays with the Realme X50 and Redmi K30. Just as shame about the punchhole selfie cameras. The wait continues...

You couldn't even get "reversible" right, I must say that I didn't expect anything less from one who doesn't know what "hypocrite" means, but likes to spew it out anyway.