Realme is working on a “pro” version of its first 5G phone and it will feature faster local connectivity and a flagship chipset. We know this courtesy of the company's CMO, Xu Qi Chase, who keeps posting teasers.

The Realme X50 Pro 5G will support Wi-Fi 6 – the latest standard for home wireless networks (this is the successor to 802.11ac, recently renamed to Wi-Fi 5). You can see the little “6” indicator in this screenshot of the phone’s Wi-Fi settings page. 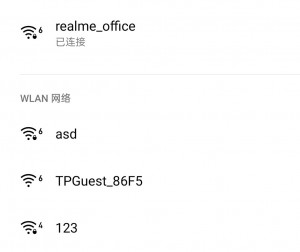 The phone will be powered by the Snapdragon 865, we know as much from previous teasers. The chipset posted an impressive AnTuTu score in the 570,000 range. For comparison, the top-performing phone in February (going by AnTuTu’s official rankings) was based on a S855+ chip and scored about 504,000.

An impressive AnTuTu score by the X50 Pro 5G

The Realme X50 Pro 5G is scheduled to be announced on February 24 at the MWC, though that may change as many companies are canceling their appearance in Barcelona.

Doesnt matter, it just wont come to my country anyway