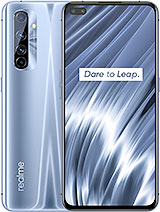 DJ Nikac, 27 May 2020I agree with you there, the X50 Pro is twice cheaper than t... morebro where did you got the information that bs 3 has a brighter and better display?
according to specs, realme x50 pro player has a higher ppi than bs3

IP68? It's got to withstand tropical monsoon rain. No waterproofing, no deal.

No audio jack is a deal breaker

What happened with realme now? Are they try to be next iPhone or something??
With NO Sdcard and headphone Jack.. is Really a DEAL BREAKER. THAT'S 2 FEATURE IS THE MOST IMPORTANT THING FOR PLAYER.
PRO PLAYER?? You kidding me, right?

CptPower, 29 May 2020Man but wireless audio is better. Wireless senheiser is a... more"chinese wired earbuds" Bro, you're biased. Wired headsets are the best where it comes from studio companies such as the Japanese's Audio Technica and more. God darn it you offend me with that statement. Pffft, business people. If you're in America, you deserved to be looted because of that mindset. So that's your root reason why you despised wired headphones.

Most gamer knows the importance of expandable storage.
Pro Player?. I think not.

this seems to be a rival for the neo 3, trading the 144hz for a better screen

It's a gaming phone, so don't expect much from it's camera

I hope this phone has both OIS and EIS and awesome photo quality and video quality and does not capture oversaturated photos and videos and it should have awesome night mode too like.

any news on release date for UK???

thanosks, 28 May 2020You know that there are disadvantages on wireless headphone... moreAnd for that reason you as a buyer you shouldn't support that decision.

And for the reasons said in my previous post which i accidentaly submitted before replying to your last sentence i would and should support wireless technology.

dbjungle, 26 May 2020The problem your long line examples has compared to bluetoo... moreMan but wireless audio is better.
Wireless senheiser is a lot beter than chinese wired earbuds bought at wish site for 1-3 bucks.
Same goes for Bose or Sony or JBL or Samsung wireless technology which is a lot better than cheap wired audio.
Wired is obsolette and just too old to live in cuurrent modern world.
But it wont takes tooo long and something totally new based on wireless technology will beat currennt wireless audio and surpass everything you know since now.
Thats not a prediction. Is the way how you know your future.

CptPower, 26 May 2020Man another of your opinions or stories for another time. ... moreYou know that there are disadvantages on wireless headphones right?
You need to charge them, they cost more and well some say there is sound delay.
The thing is yea they dont break as easily because no wire ok.
The thing is that companies do it because they want to increase sales of their high end expensive wireless headphones not to move forward or make the phones more portless for better water resistance.
And for that reason you as a buyer you shouldn't support that decision.

DJ Nikac, 27 May 2020I personally do not like to use the USB -C port for headpho... moreI understand what you're saying, honestly I might give up on wired all together, been close to smashing my phone on the ground because of the wires, many times.

Shadocx, 26 May 2020USB C headphones have sound delay? Who mentioned Bluetooth... moreI personally do not like to use the USB -C port for headphones because the cable is dangling in the middle of the side of my phone, so when I am gaming horizontally, my hand is always flexing the cable, with big chance of damaging the port. On the other hand the headphone jack is always a bit higher, you can very easily adjust your hand so you do not break the cable. This way I found the gaming experience much better. This is my opinion about the headphone jack it does not need to be true for all the phone users.

Mo Hisham, 25 May 2020As compared to black shark 3 pro,the price is very low for ... moreI agree with you there, the X50 Pro is twice cheaper than the black shark 3 pro, but you are loosing on headphone jack, bigger battery, brighter and bigger display, little bit better camera. If you do not mind about this things, the X50 Pro is 100% better deal.

Shadocx, 26 May 2020They don't have the same processor tho, you gave me fake ho... moreSoon you'll have Realme X50 Pro vs X50 Pro Player comparisons with the same SoC so stay tuned.