Today Realme finally brought its Realme X smartphone to the Indian market alongside the Realme 3i.

The regular Realme X comes in two colors - Space Blue and Polar White - and in two configurations - either 4GB or 8GB of RAM paired to 128GB of onboard storage. The Master Edition Realme X is dedicated to cooking with Garlic and Onion and has two special finished designed by Naoto Fukusawa.

The Realme X has a notchless 6.53-inch AMOLED of 1080x2340px resolution with a fingerprint scanner embedded into it.

Inside there's a Snapdragon 710 chipset (paired to the aforementioned 4GB or 8GB of RAM) and a 3,765mAh battery. 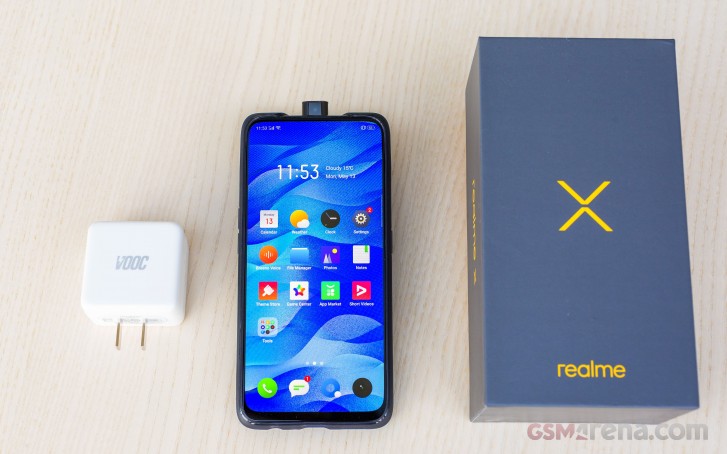 We have a detailed review of the Realme X that goes into detail on the performance, battery, display and camera in case you want to know more about it.

Realme flagship is a disappointment. K20 is much better

There's always something better, companies put out new products like every 2 weeks the most.