nubia is preparing to launch its latest gaming smartphones under the Red Magic 6 lineup on March 4 and it will be joined by a Red Magic smartwatch. We’ve already seen the wearable in a detailed FCC listing and now nubia President Ni Fei shared an official render of the Red Magic Watch with accompanying specs of its display. 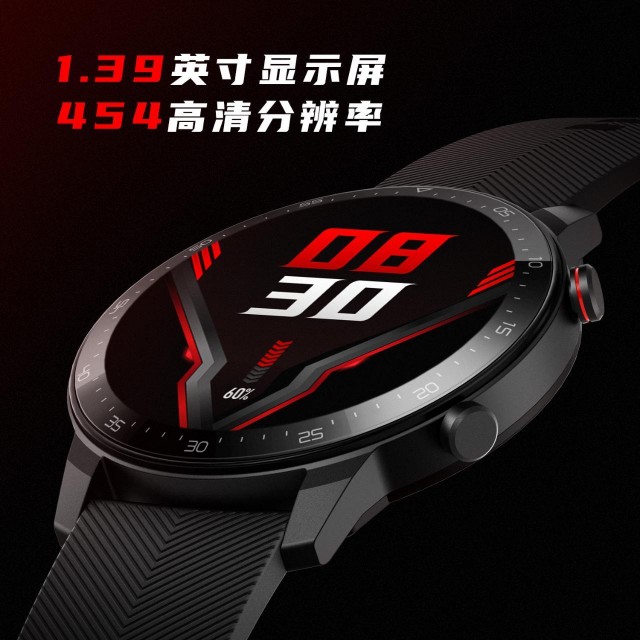 The round 1.39-inch AMOLED screen comes with a 454x454 pixel resolution which is fairly standard in the smartwatch realm. The casing appears to be made from metal and features two side buttons one of which comes with a red accent. The watch strap is made from silicone and has a ridged pattern.

In addition to the official leak, we stumbled upon a live hands-on shot of Red Magic Watch yet again confirming the design and tachymeter on the rim of the watch face. 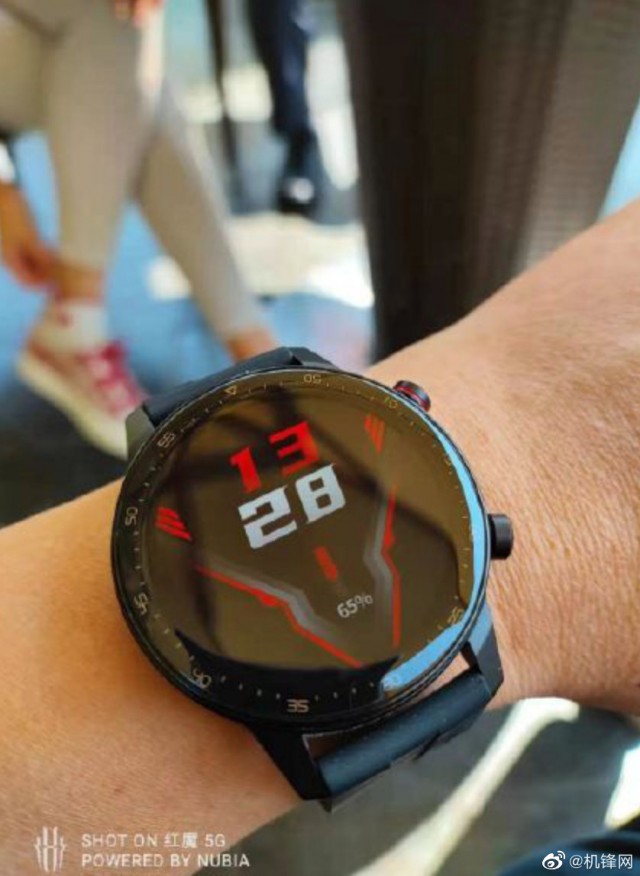 Based on the FCC listing, the Red Magic Watch should offer 5ATM water-resistance, Bluetooth 5.0 LE connectivity as well as on-board GPS and a 420 mAh battery. We’re also expecting a heart rate sensor and plenty of activity tracking modes.

Me too... me too... ALL these recent releases of 'China made' watches are exactly the same; size, spec, design & marketing & at the same price points. There is "no choice" they're "all the same". This kind...

Sadly the screen isn't protected. Guess I'll just stick with the gear s3. Lasts 4 days per charge anyway. Even with BT and GPS turned on all day.