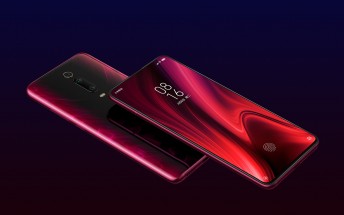 The Redmi K20 and K20 Pro unveiled late last month were initially slated to make their India debut on July 15. But now, the company has confirmed the date and the smartphones will actually arrive two days later - on July 17.

This information comes to us through Xiaomi India's Managing Director Manu Jain who took to Twitter to share the news. He didn't mention the launch date explicitly but said that there are "4 weeks to go" for the Redmi K20 duo to debut in India, which means July 17.

The Redmi K20 and K20 Pro are quite similar phones with two differences: the K20 comes with Snapdragon 730 SoC and 18W fast charging, while the Pro variant ships with a Snapdragon 855 chipset and 27W fast charging.

Last week Xiaomi launched the Redmi K20 in Europe under the Mi 9T moniker, but as we later learned the K20 duo will retain its original name in India.

Redmi K20 to keep its name in India

same with me also

I feel you bro. i feel you. i tried to lay down and cry for it but im still sad.