Redmi K30 will pack a 4,500 mAh battery that will fully charge in an hour

Redmi also said that K30 will come with 30W fast charging which will juice up the battery from flat to 100% in an hour. However, the company further said this 30W rapid charging will be different from other 30W charging technologies, and it will be equipped with an independent charge pump and have a charging conversion efficiency of up to 97%.

The smartphone will support Quick Charge and USB Power Delivery as well. 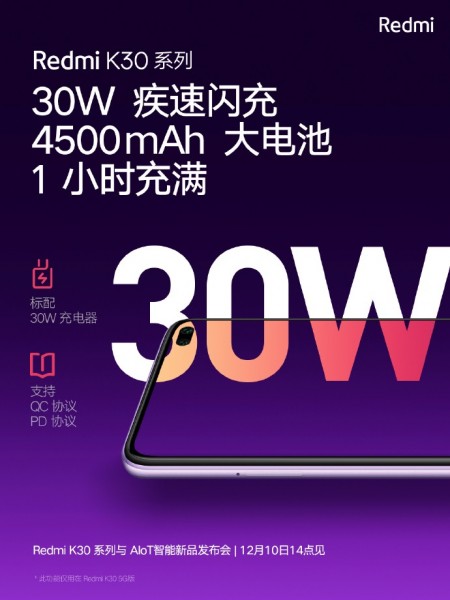 The Xiaomi sub-brand also shared a poster on Weibo showing off the K30 in the purple shade with a quad camera on the back having a 64MP main sensor. 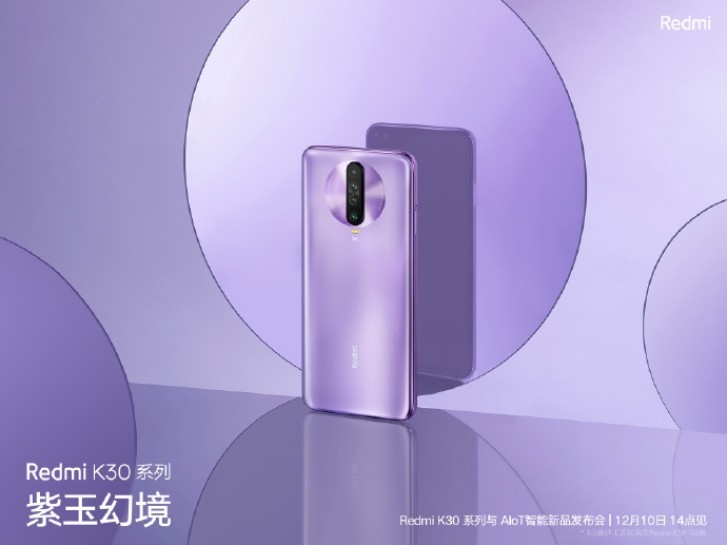 The Redmi K30 will be unveiled on December 10, and we are likely to see Redmi reveal more features about the smartphone in the days leading to the official announcement.

Yes, I can't see what all the fuss is about to be honest. People bang on about deeper blacks, but a decent LCD screen is just as good to my eye. No white colour shift, or potential screen burn either with LCD, so I fail to see the advantag...

hope will bring to indonesia!