Back in December, Redmi introduced its Redmi K30 and K30 5G as its key midrange phones. Since then we’ve seen the series expand with four more versions and now the company announced the K30 series has passed the 3 million sales mark in China. For reference, the lineup crossed the 1 million sales milestone back in March. 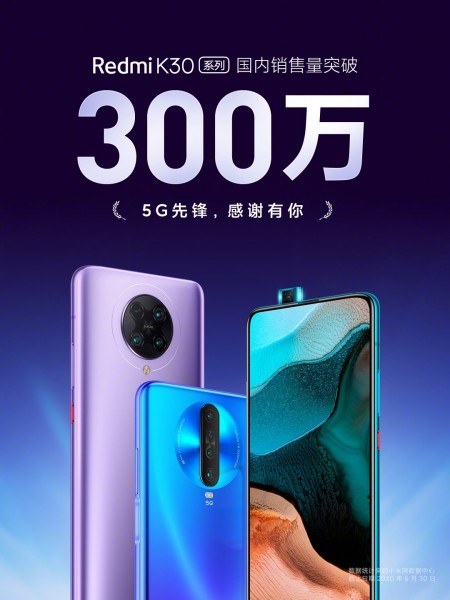 In related news, a recent rumor suggests we’re in for a seventh K30 member dubbed the K30 Ultra which is expected to arrive with a MediaTek Dimensity chipset.

Not true. For example, Samsung phones don't sell that well in China. Samsung's market share is less than 1%, and typically classified as among "others". Samsung introduces almost all its models in China, including some exclusive m...

Exactly, everything in china sells by the million, so, 3 mill is not a true indicator of huge success, it just shows a healthy, normal selling number, that's it

3 million is a decent sale number. Redmi K20 Series sold 5+ millions units. Since we are only half-way through with K30 series, this series should eventually outsell K20 series in all likelihood. Redmi K30 series has been designed to compete a...