The Redmi Note series has been highly successful in India, reaching 72 million lifetime sales last year. The latest generation went on sale in the country on January 11 and it has already made its mark on the market – Xiaomi sold a record ₹3 billion worth of phones in under a week. 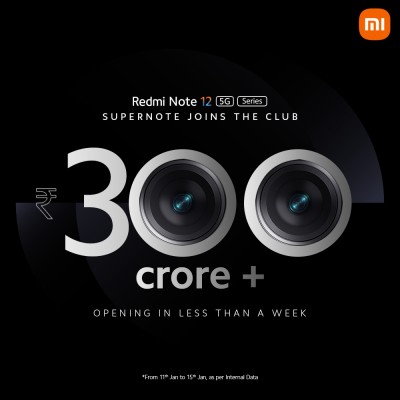 The Redmi Note 12 series was hotly anticipated, Xiaomi India's CMO, revealed that even before the series went on sale, online retailers had accumulated over 8 million searches for the Redmi Note 12 models.

Anyway, Xiaomi only revealed the total sales in monetary terms rather than units sold. We would be especially interested to see a breakdown of how popular each model is – was the Redmi Note 12, Note 12 Pro or Note 12 Pro+ that was on top? 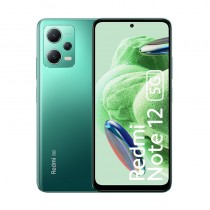 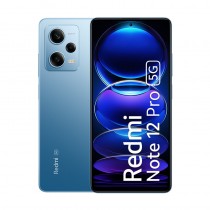 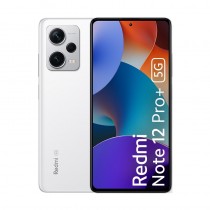 The Redmi Note 12 Pro+ is the halo phone with its 200MP main camera and it is the first Redmi Note phone sold in India to have OIS. The 5,000mAh battery with 120W wired charging is an attention-grabber too (0-100% is done in 19 minutes). You can check out our first impressions of the Pro+ for more details.

The Redmi Note 12 series is off to a strong start, but it has big shoes to fill. In the first three months of availability, the Redmi Note 10 series sold ₹30 billion worth of phones, a total of 2 million units.

Mr. Anuj Sharma, Chief Marketing Officer at Xiaomi India, said, “The launch of the Redmi Note 12 series has been of extreme importance for us, as with it, we complete eight glorious years of the Redmi Note series in India. We have always strived to bring the best experiences, meaningful upgrades, and aggressive products for our consumers in India and the same philosophy has been followed for the #SuperNote series.”

Skimping out on important features like NFC and increasing the price tag, not to mention the substandard (made in India) quality control leaves many question-marks in the head of many consumers. Also keep in mind the fierce competition in this segmen...

If only they can produce smaller 6 inch fones