The Redmi Smart Band is the most affordable fitness tracker in Xiaomi's lineup. It makes a few compromises in terms of design and functionality but still offers a color touchscreen LCD, heart rate monitor, water-resistance, and customizable watch faces. 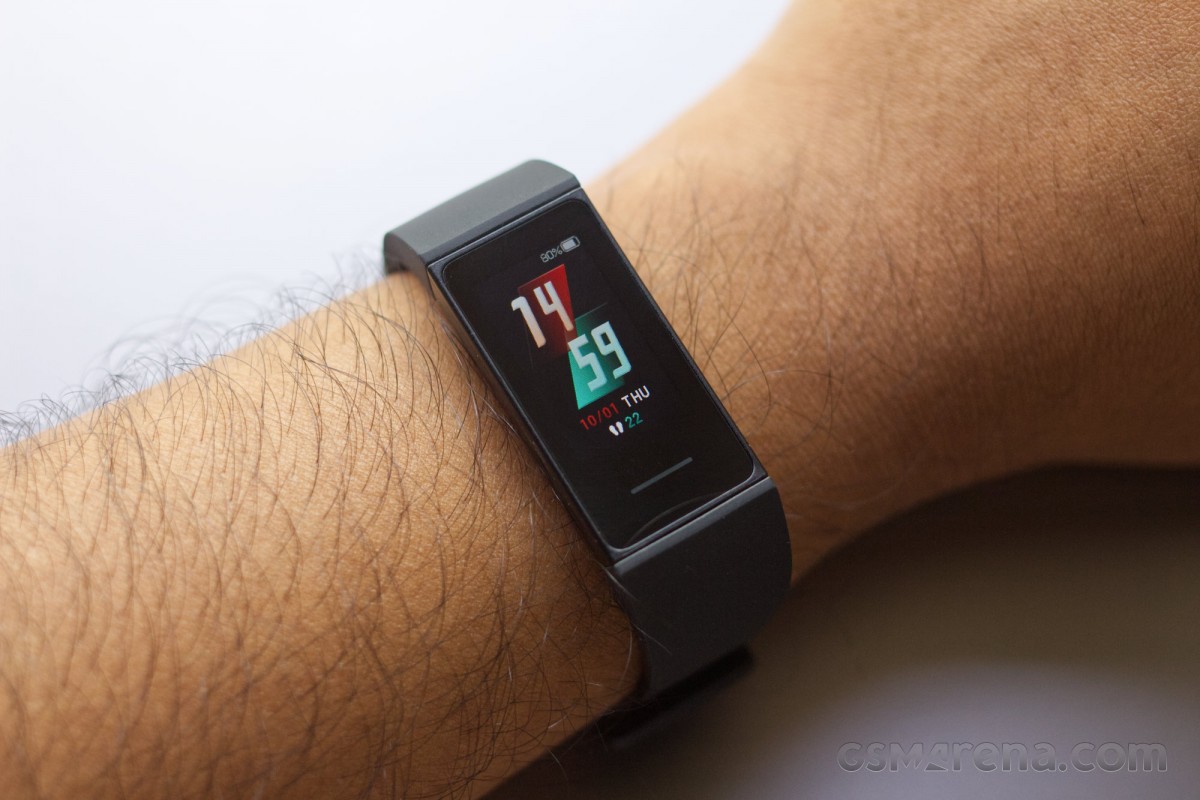 The design of the Redmi Smart Band is extremely basic. The band has two matte silicone straps attached to the squared-off main module. Despite the blocky body, the band wraps around fairly well around your wrist with only some gap between your arm and the joints of the straps.

The appearance of the band is rather pedestrian, especially in the black variant. Fortunately, you can choose to get it in other colors, including blue, orange, and green that make it look a bit more interesting. 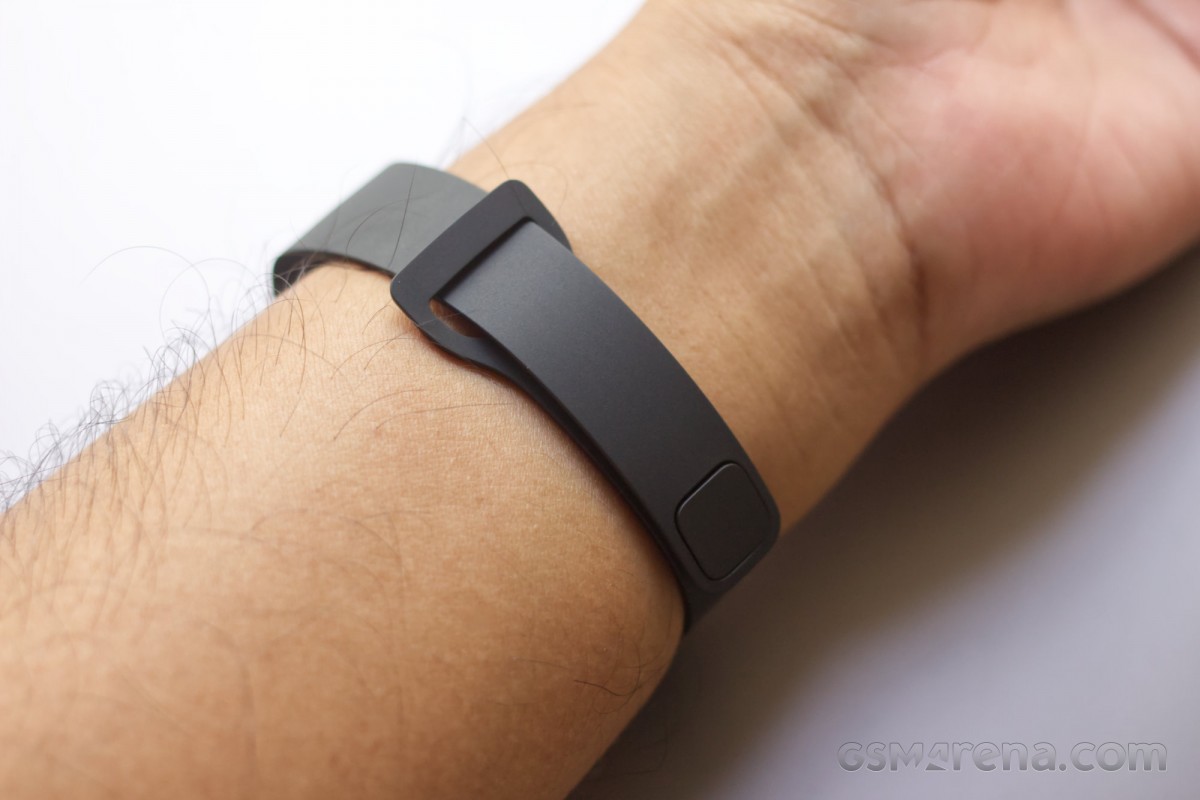 The straps on the Redmi Smart Band are a bit fiddly when you're trying to put it on. It's difficult to keep the loop that goes around the other strap in place while you're tightening it for optimal fit, as it keeps sliding off.

One of the two straps is removable and underneath is the USB charging connector. This is the male bit that fits inside a standard USB-A port. This means you basically have to stick in the entire band, minus one strap, into one of your USB chargers or the USB ports on your computer. It's not the most elegant solution and taking the strap off to reveal the USB connector is also somewhat tricky, but probably worth it seeing that you don't have to worry about ever losing your charging puck with this design. 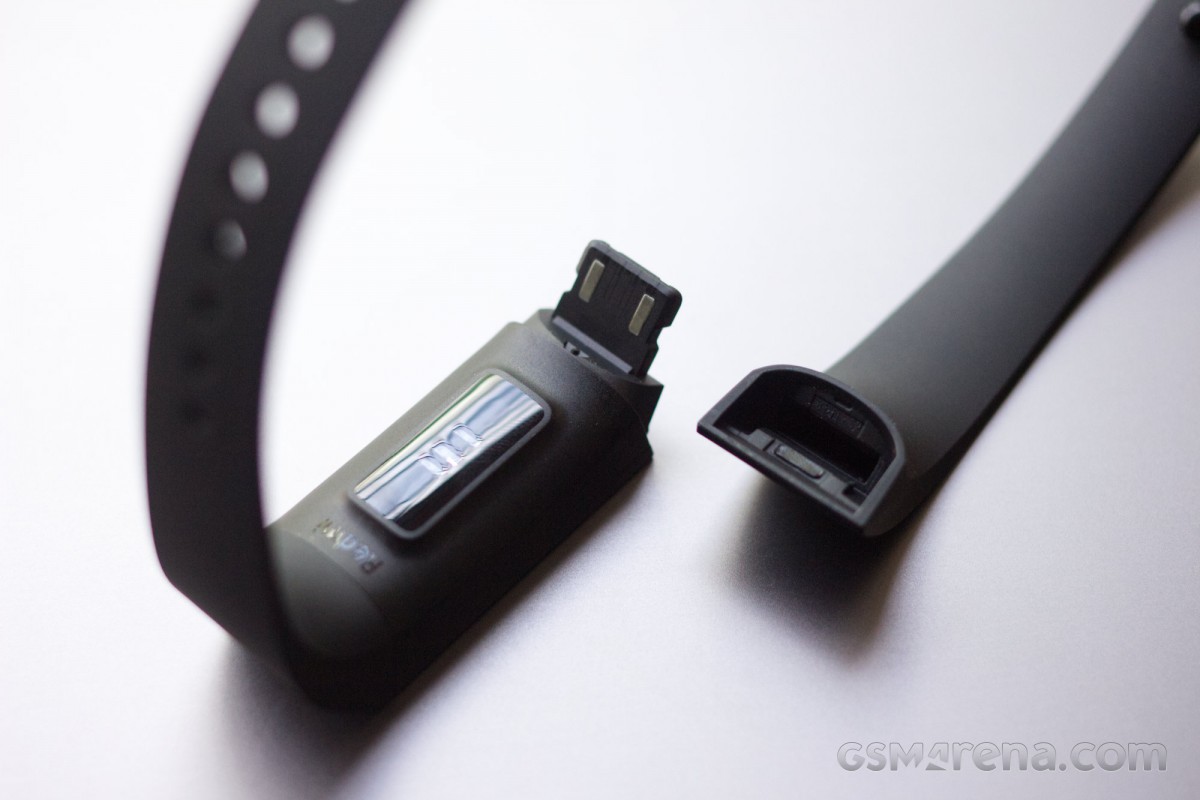 The Redmi Smart Band has no physical buttons, which means all interactions are done through the touchscreen. The Redmi Smart Band has a 1.08-inch 120x220 full-color LCD panel capable of 200 nits of brightness. The display is sunken into the casing and there is a fair bit of gap that you can see if you tilt the screen but that's not a major issue.

In terms of image quality, the display on the Redmi Smart Band is perfectly adequate. It's cramped but it shows enough information and it's all legible at any angle. It also gets reasonably bright for viewing outdoors.

One of the issues with the display, however, is that the timer for the screen is too short. It only stays on for 5 seconds and then turns off, with no way to adjust this duration on either the watch or the companion app. It's often frustrating, especially if you are trying to read something on the small screen and the display just keeps turning off on you. 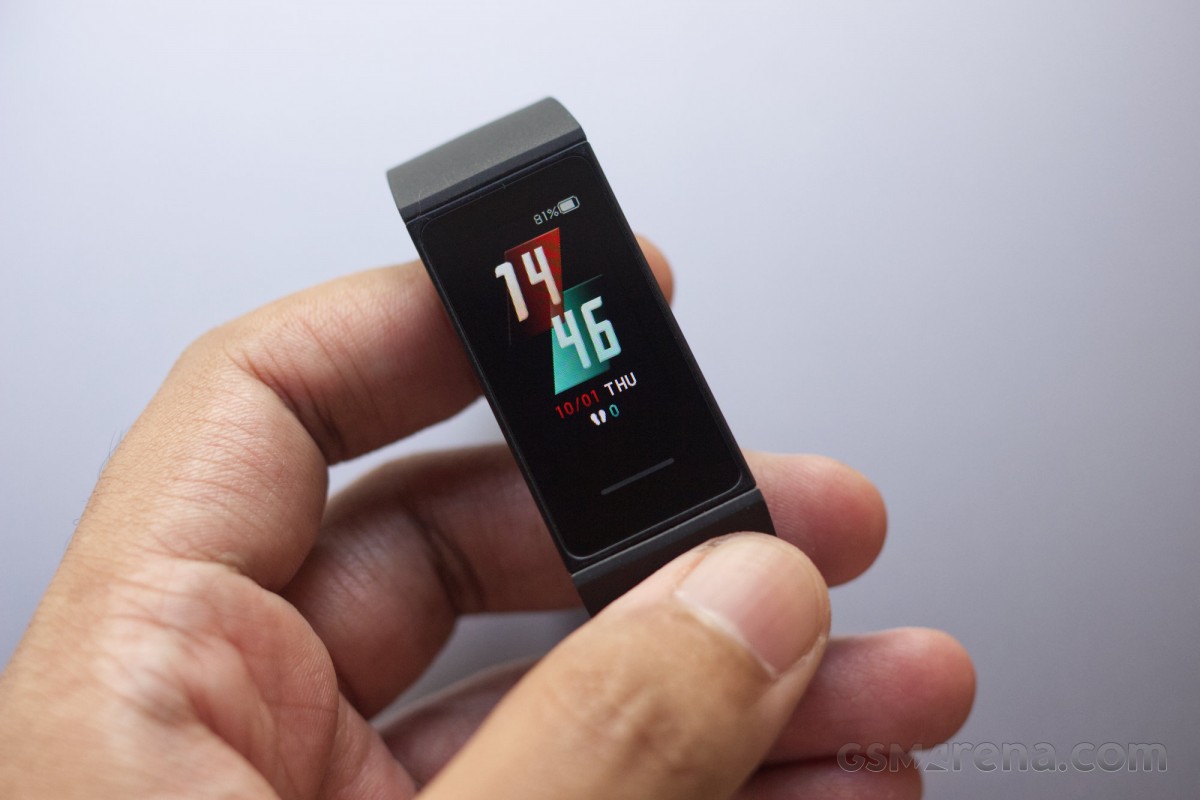 Yet the major issue with the display is the unreliable touchscreen. Touch response is extremely poor, with the display often not reacting to deliberate touches or interpreting scroll gestures as taps. There is not a ton you can do on the device itself but even the limited things you can do end up being frustrating because of how poorly the screen often responds to your inputs. The touchscreen on the Redmi Smart Band is easily the worst thing about the product.

The Redmi Smart Band UI is similar to Xiaomi's other fitness bands. There is an area below the display that acts as the power and back key depending upon the context. When the screen is off, tapping this area turns the screen on (it doesn't turn on if you touch the display itself). If you are inside a menu item, pressing this takes you one level back. 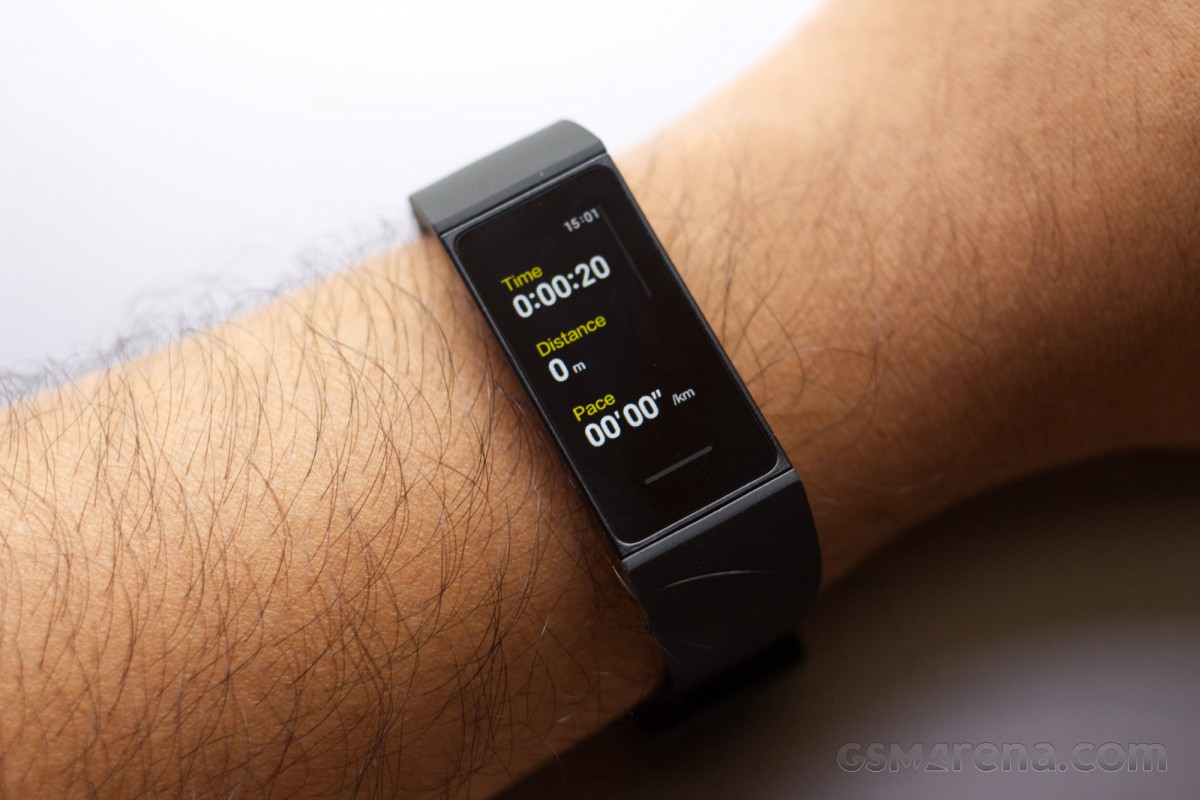 The menu is also quite simple. You access it by swiping up on the watch face, where you will get options like status, heart rate, workout, weather, and notifications.

Status shows you information like step counter, distance traveled, calories burned, and the number of times you got the warning for being idle during the day. The rest of the options are pretty self-explanatory.

There is also a more option at the end of the list, which contains things like DND, alarm, themes, music, stopwatch, timer, find phone, and settings. The settings just let you adjust the brightness, along with rebooting the device, resetting the Bluetooth connection, or resetting the device.

Navigating this rather simple and well laid out UI would have been easy had it not been for the poor touchscreen and a display that's constantly threatening to turn off.

The display on the Redmi Smart Band does not have an always-on mode, so you rely on the raise to wake gesture to check the time. The gesture works if you simply turn the screen to face you. It may not always work but it mostly works, even if the screen takes quite some time to wake up. However, actually raising your arm to check for time often fails to trigger the wake gesture so now you've done this dramatic arm gesture and are basically staring at a blank screen on your wrist. After a while, you just stop relying on the screen to ever turn on by itself and just tap it to turn it on. 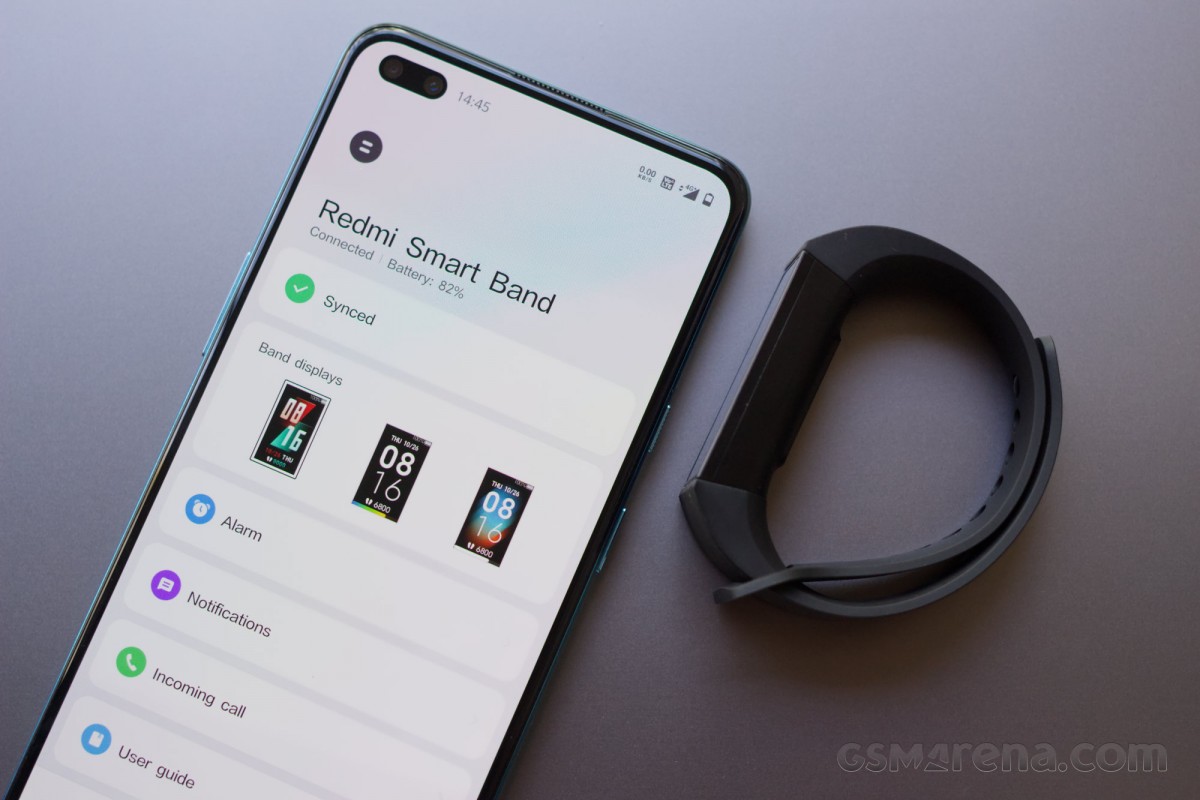 The Redmi Smart Band requires the new Xiaomi Wear app and not the previous Mi Fit app on your smartphone to work. The new app has a simpler and nicer design. Here you can adjust all the settings and features found on the watch and also track the fitness data that it has collected.

This is also where you will be changing the watch faces on the Redmi Smart Band. The band comes with two watch faces pre-installed but you can get more from the app. These are pre-selected watch faces by Xiaomi and they are all arranged in this section of the app. Selecting one starts a rather lengthy transfer process to the watch, after which it is automatically set as the current watch face. 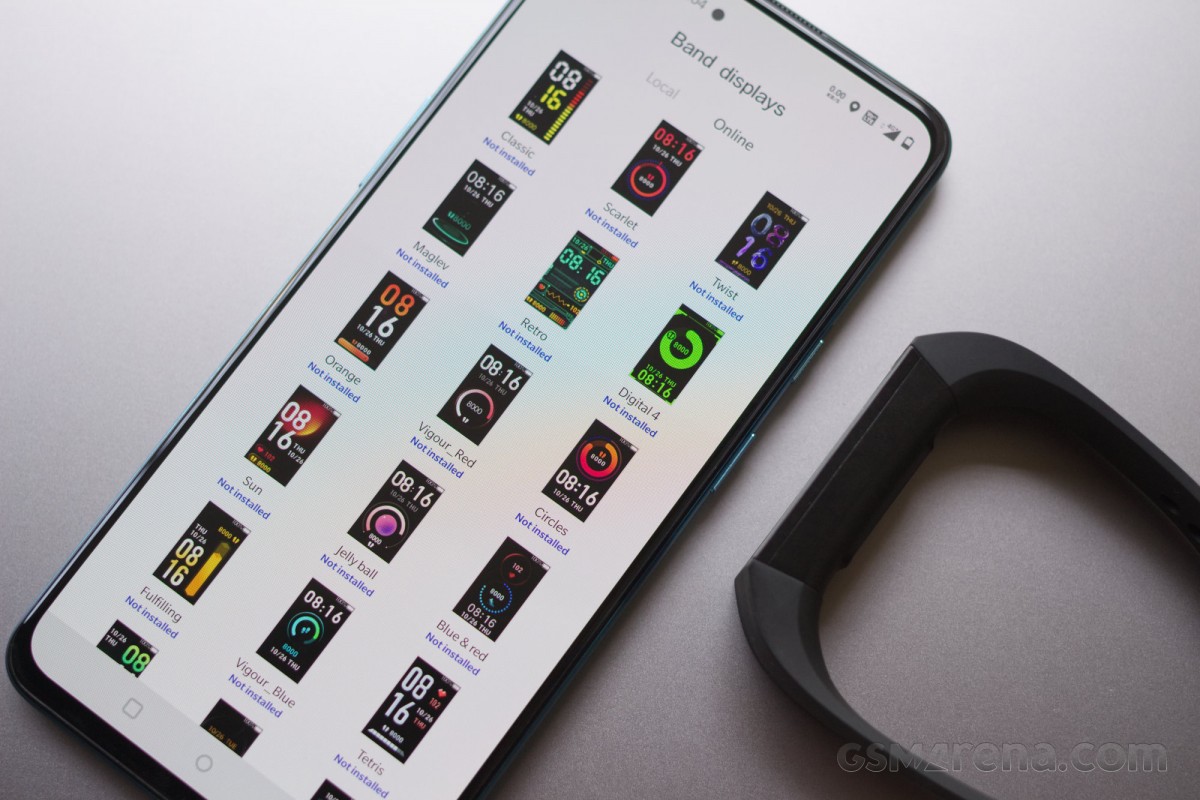 As for the selection of watch faces, they all seem limited by the amount of screen real-estate available. There is not a ton of variety here and most of them show the same basic information. However, there are quite a few of them available so I'm sure you will find something that matches your interests.

The fitness features of the watch are limited compared to more expensive devices. You can track activities like outdoor running, treadmill, cycling, walking, or freestyle. The watch will then track your movements and keep a count of the steps and calories burned. You can set daily goals for calories and step counter and you will get an alert when you hit those goals. 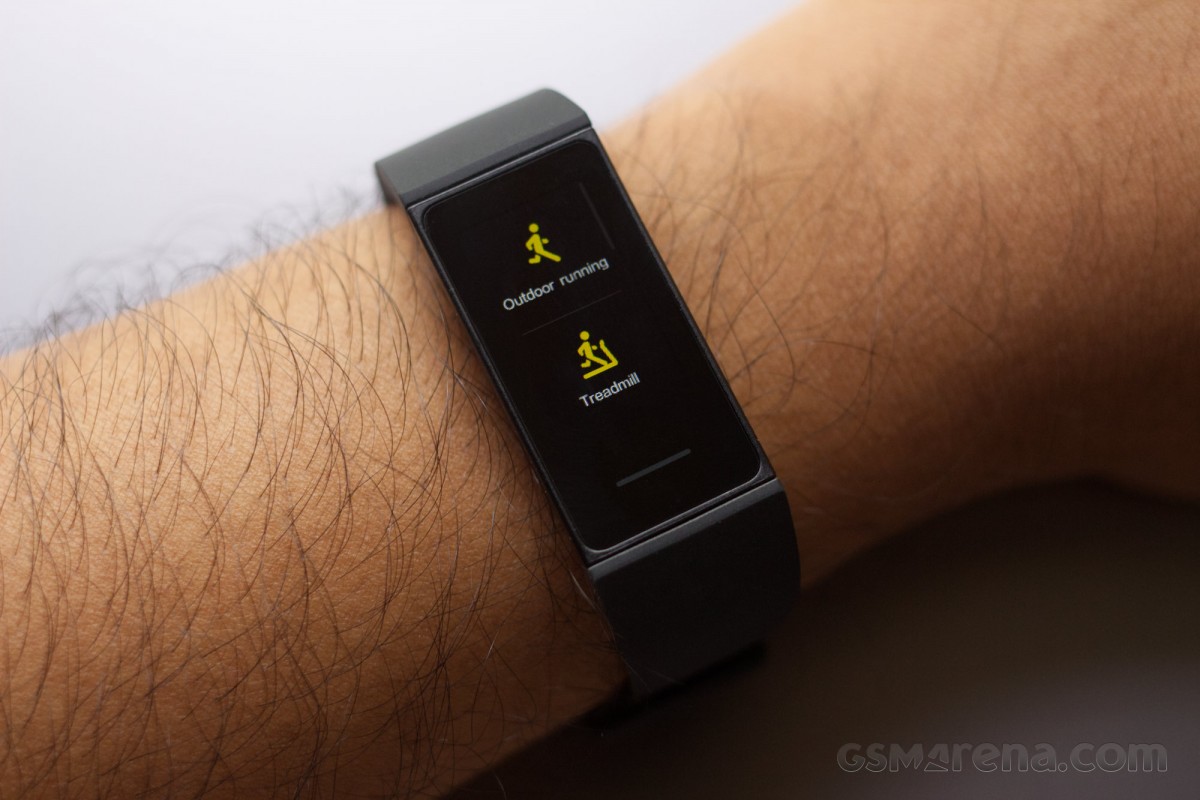 The Redmi Smart Band can also track if you are sedentary for too long. It will then issue an alert to tell you to move around a bit. This warning can be disabled or set to go off during customizable hours.

Lastly, the Redmi Smart Band can also track your sleep. It will then generate a report on the quality of sleep so you can check if you aren't getting proper sleep. This doesn't just have to do with how many hours you sleep but also things like how often you wake up, how much time you spend between the different stages of sleep like light sleep, deep sleep, REM, etc., and also the stability of sleep. All of these factors influence the quality of sleep and essentially how the rest of your day will go.

The Redmi Smart Band lacks tracking for a more extensive set of workouts and also things like a blood oxygen sensor, stress monitoring, and ECG. It also can't detect falls or elevation. This is understandable as that requires additional hardware. However, there are no breathing exercises included, which doesn't require any fancy hardware. There is also no menstrual cycle tracking, which also doesn't need dedicated hardware. Instead, Xiaomi has chosen to limit those features to its more expensive Mi Smart Band 5. 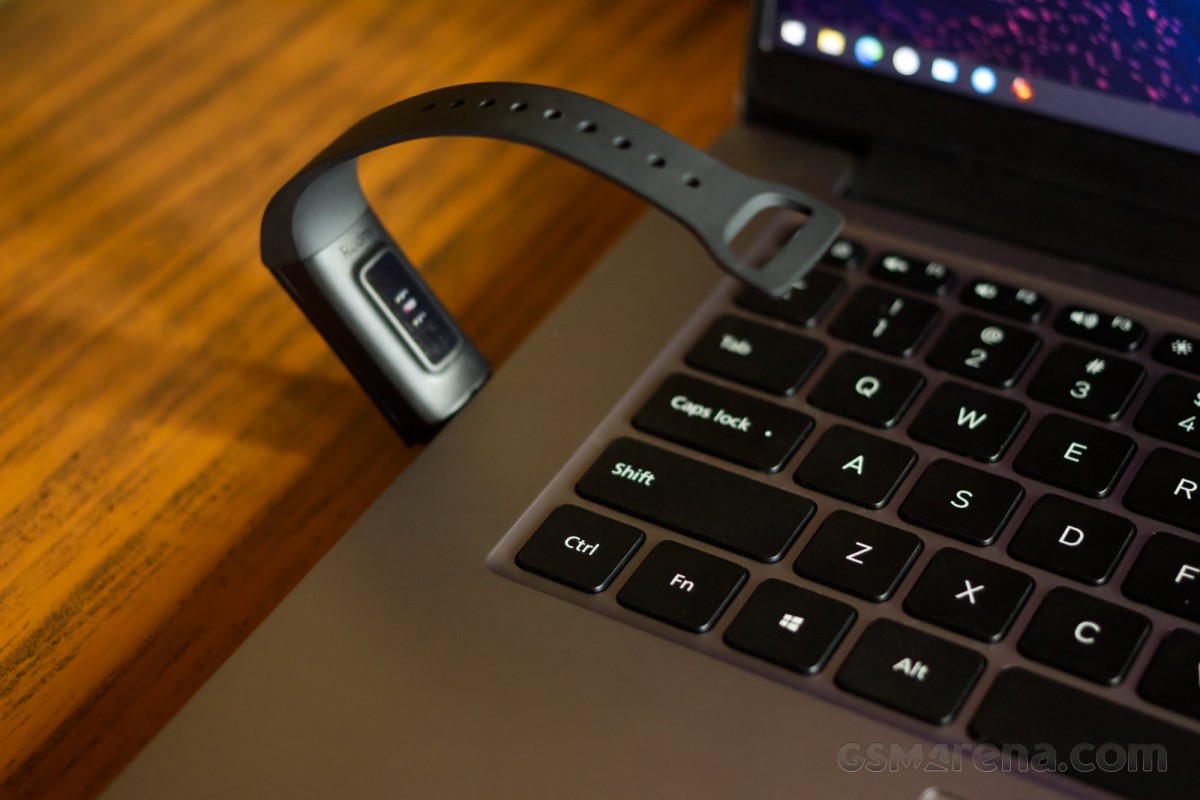 Like most of these devices, the Redmi Smart Band has fairly long battery life. I didn't do a full charge-discharge cycle but it would undoubtedly go for over a week before you have to plug it in.

The Redmi Smart Band is priced at INR 1599 ($22), which is a pretty great price for a fitness band. It has some quirks, like the awkwardly located charging connector, and things like the unreliable touchscreen and raise to wake gestures can be genuinely frustrating.

But for the price of a basic watch, you are getting a device with pretty decent workout tracking features, including a heart rate monitor. Even if you just use it to check the time and get notifications from your phone delivered to your wrist, it's still worth the money.

Having said that, the Mi Smart Band 5 costs INR 2499 ($34), which isn't much more than the Redmi Smart Band. But the Smart Band 5 does a lot more and has a less frustrating touchscreen. 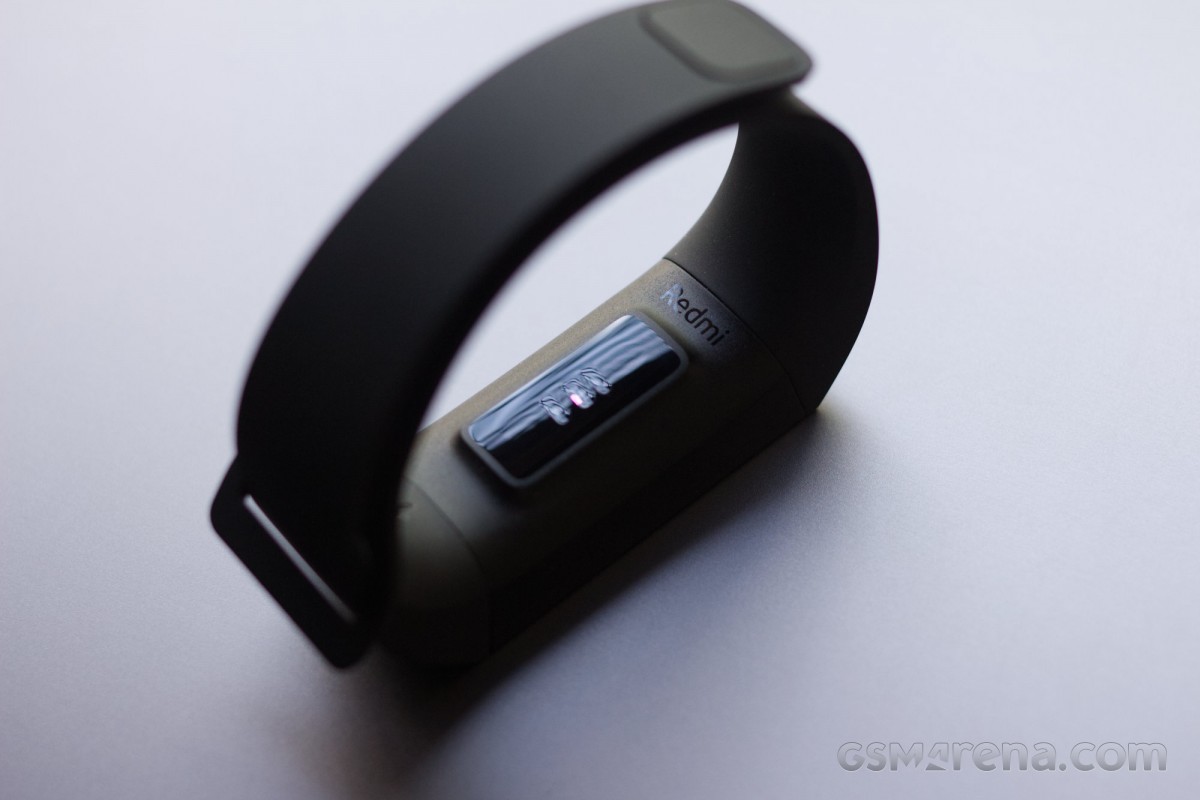 So that's the Redmi Smart Band. It's not much but it also doesn't cost much. For the price, it's a pretty economical way to get a head start on tracking and improving your health.

Redmi Smart Band comes to India on September 9 for INR 1,599

why there is no Specification page of MI Bands?

The Redmi band disconnects from my phone at short distances. I v tried everything possible but still happens