We were given a sneak peek in 2017, but Apple's AirPower still hasn't seen the light of day. With nothing forthcoming from Apple, has it been canceled or delayed?

September 14 2017, was the day Apple introduced us to its then-new iPhone 8/8 Plus, and who can forget the Phone X and with them an overdue feature arrived - wireless charging.

Clothed with glass backsides, the new iPhones were capable of being wirelessly charged at 5W at launch. A subsequent software update raised the ceiling to 7.5W.

Apple also took the opportunity to give a ‘sneak peek’ at a new product - the AirPower Mat, capable of charging up to three iDevices simultaneously, and with a typical Apple flourish the devices would communicate with each other. Thus a charging iPhone would also display the charging status of any other devices that were being topped up alongside it.

It was even speculated that apportioning charge could also be a feature, all topped off with typical slick animations. 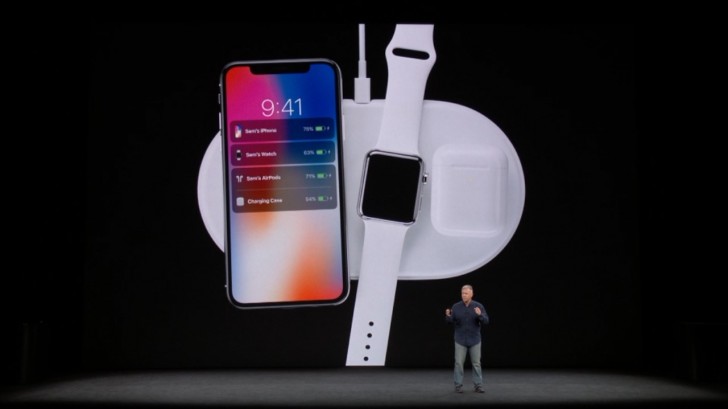 In typical Apple fashion it was an elegant and sleek solution, journalists were even given hands-on time following the first event in the Steve Jobs Theater. All things indicated that a launch wasn't far off.

Fast forward one year and not only has AirPower failed to materialize but Apple has removed all references to AirPower from apple.com. The lone remnant is an image of the AirPower mat on its AirPods page which references the currently unavailable optional wireless charging case for AirPods.

Did Apple bite off more than it could chew?

Maybe. Before we dive into any more detail, let’s recap quickly how wireless charging works.

Apple adopted the Qi wireless charging standard for its iPhone and Watch products. Qi (the Chinese word for “energy flow,“ pronounced like the “chee“ in “cheese“) is a universal standard, with the latest implementation supporting 15W charging, twice the currently supported by Apple.

The alignment between the transmitter and receiver coils, in a single coil design, is relatively precise. In my non-scientific tests, an iPhone has roughly a 10mm tolerance on a Samsung charging pad - move outside of that, and the 'connection' is lost.

It's in Apple's DNA, where possible, to make every one of its products/services -' just work.' One of the issues that Apple faced was how it would get around a user having to precisely align each device on a multi-device solution.

In our examples below, the most natural and cost-effective solution would be to have three coils, one for each device - but this is precisely the issue that Apple wanted to solve. Leave this one for the knock-off products.

A possible solution would be to make each of the coils a free positioning coil that moves to locate the device. While elegant, this brings added complexity, not only to the pad itself but to the devices that are being placed upon up it.

Industry insiders have predicted that the approach undertaken by Apple was to use a free position coil array. This shotgun approach utilizes many overlapping coils, sometimes of differing size, to ensure that no matter where a device is placed it's highly likely that it's aligned.

Our simplified example below shows how multiple overlapping transmitter coils could be positioned within the AirPower mat.

Overllaying the trifecta of Apple products further demonstrates how every device has an increased probability of being aligned with a transmitter coil.

This is a similar approach to how other manufacturers employ overlapping coils to increase the size of the target area, helping you place your device down and not worry about hitting a pre-described target area.

While our previous examples sound straightforward enough, in practice Apple was faced with some challenges:

Additionally, Qi is an industry standard that Apple needs to work in conjunction with and possibly extend. By implication, it may have to get Qi approval and certification as AirPower must work with non-Apple devices.

While each issue on its own is not insurmountable, bring them all together, and it's entirely possible that the overall solution lacked the engineering and design elegance that Apple requires of its products.

At the time of writing, Apple has yet to comment on the current state of AirPower so, like the rest of the industry, we can only speculate.

Given the complete removal of AirPower from apple.com, it’s clear that, at best, Apple isn’t confident that it will be ready to launch AirPower anytime in the foreseeable future.

At worst, and arguably more likely, is that Apple has eliminated the AirPower mat from its future product road-map entirely.

The 2018 iPhone's include reference to AirPower in their printed User Guides, indicating that it was a recent decision to remove AirPower from its marketing materials - while too late and costly to re-print/package the aforementioned guides.

All said and done - while elegant, this product was never going to change the world. And given the challenges, Tim Cook may have decided that the future return on investment makes this product unviable.

Current speculation is that Apple may resurrect the AirPower brand for an unrelated implementation. Apple has several patents that identify how you could use one Apple product to charge another - for example, charging your iPhone from a MacBook Pro.

Let’s end on a high note. What we are highly likely to see shortly is the wireless charging case for Apple’s AirPods.

Optional wireless charging case for AirPods. We could understand Apple using its aborted AirPower in this image but why show the iPhone with the AirPods charging status?!

Almost certainly this is going to be available an accessory for current AirPod owners, and included with new AirPods in the future. Apple may well be timing the release to coincide with the launch of its next generation of AirPods - but we’ll save that for another day.

Are you sad not to see AirPower or indifferent? As always, we look forward to reading your comments below.

All good and fine, but I don’t understand the big deal about this “displaying status of other devices”? Why the question of why Apple shows this on promo material? It is a simple and already available function. Get a battery widget on your lock scree...

see, you don't understand that this isn't just about charging. That's the easy way Samsung takes as usual. You should have watched the demo of AirPower first.

In all honesty, they could've at least put a 10 watt charger. Because of the small battery, it would charge in pretty good time. But no, Apple just has to save money even after hitting 1 trillion. I can understand that they're hesitant to give us the...