The Nexus 4 wasn’t quite the first phone to support wireless charging, but it was a very early example. Google quickly dropped the technology and not long after that, it became a staple of flagships. The search giant may have finally seen the error of its ways as the Pixel 3 and Pixel 3 XL will have wireless charging. 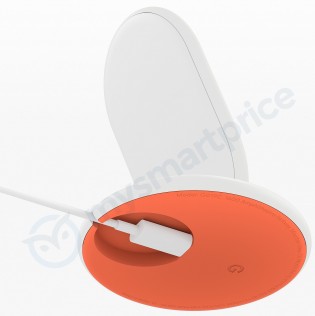 An image of the official charger – dubbed Pixel Stand – shows that it will hold the phone at an angle to accommodate the Smart Display function. Basically, while they are docked the Pixel phones will display a different UI, one focused on at-a-glance info and easy to hit buttons. The Google Assistant will be front and center.

Google doesn’t currently have an answer to Amazon’s Echo Spot and Echo Show, but this sounds like it could be it. 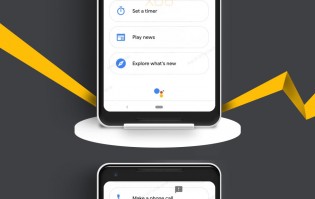 A peek at the Smart Display function

Anyway, the Pixel 3 duo will reportedly support fast wireless charging. If you look closely at the bottom of the stand you can see 9V 2A (that’s 18W), which is likely the power consumed by the charger while the emitted power should be slightly less (15W is the current standard).

Fast wired charging will be supported too (the Pixel 2 phones are capped at 10.5W).

Here's another set of Pixel 3 and 3XL renders, with plenty of resolution to go around

The Nexus 4 and 5 also had wireless charging

Also, the XS and XS+ are absolutely identical, XR is a different product

Pixel2 and Pixel2 XL have a different display resolution and aspect ration, while Galaxy S9 and S9+ share same resolution with the only difference of the additional camera. Meanwhile Pixel3 looks like what Pixel2 should have looked like, while pixel ...