Renders of a new Xperia phone have leaked – thanks to a case manufacturer, of course – which suggests the device is pretty much ready for an appearance at the MWC in the first days of March. The E2105/E2115 model number matches with the Xperia E4 that leaked in December.

The specs also fall pretty close to the Xperia E1 II, which showed up on a phone retailer's web site. There was some uncertainty there about the screen size as the site lists both 4" and 5", though the given dimensions match the Xperia E1 exactly and that one just doesn’t have the room for a 5" screen. 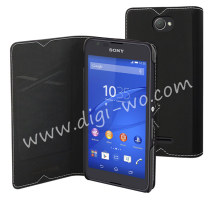 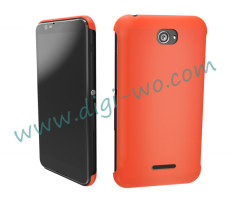 Whatever the official model name, the Sony Xperia E2105/E2115 should have a 5" screen with qHD resolution (540 x 960px), a quad-core processor courtesy of a MediaTek chipset, 1GB of RAM and 5GB of storage, plus a 5MP main camera and 1.9MP selfie camera. The phone ran Android 4.4 KitKat when it was previewed in December, months ahead of its official announcement.

Ha ha ha you are so funny. Xiaomi and OnePlus is cheap? Xiaomi is manufactured at Foxconn, where samsung and apple smartphones are also manufactured. Apart from the plastic on the outside, no phone manufactures is manufacturing nothing these days. ...

Sony has to sell mid-range phones, like E4, to latinos in the US. The latin community is big in the US, and they don't buy flagship, like Z4. If E4 is going to widespread among latinos, Sony can make $$$ in the US