The Samsung Galaxy A90 is said to be the company’s first phone with a pop-up camera and new renders show what it might look like. There’s a version with the camera off to the to the side and another with the camera in the center.

Given that both show a triple camera aligned vertically along the center line, we think it’s more likely that the selfie camera will be to the side. The motor takes up some room and so does the triple camera.

With no selfie camera to get in the way, the display is free to expand to almost the entire front – the phone reportedly has a 92% screen-to-body ratio. You can see that the bezels are fairly thin, except the bottom one. 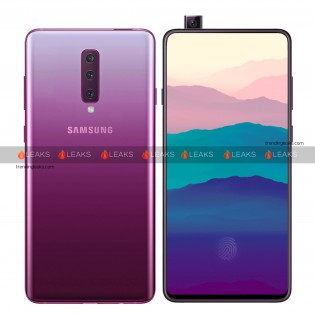 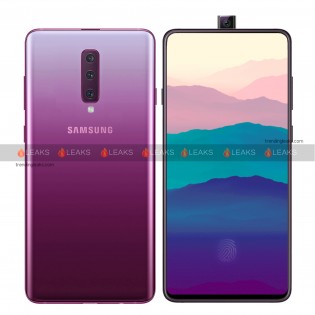 Anyway, with all that going on at the back, the phone could switch to an in-display fingerprint reader as shown in the renders.

Lol what? Samsung always copy Chinese OEMs design and innovation?? That's so laughable! You can be a great comedian my good friend!

Work 24/7 without holiday? Pfftt. China have the longest lunar new year holiday in the world. In fact, it last for a week. No one working from 4-10 Feb this week. Samsung copy? I guess you didnt know who is supplying all the hardware for smartphones ...