Today, a new report comes from SamMobile with information about Samsung’s next flagship. No we’re not talking about the Galaxy Fold, but Samsung’s other flagship, the Galaxy Note. A source tells SamMobile that the Note 10 is going to have a four camera system on the back.

The supposed model number will be SM-N975F. What’s strange about this number is that it does not end in a “0” like all previous Galaxy Note model numbers. The reason for this is speculated to be that the next Note could come in both 4G LTE and 5G flavors, given that 5G is not yet widely available.

It isn’t known whether the next Galaxy Note will use the same four cameras that are already on the Galaxy S10 5G or whether it’ll offer something new to the table. We’d speculate that we might see the exact same setup for the next Note device. 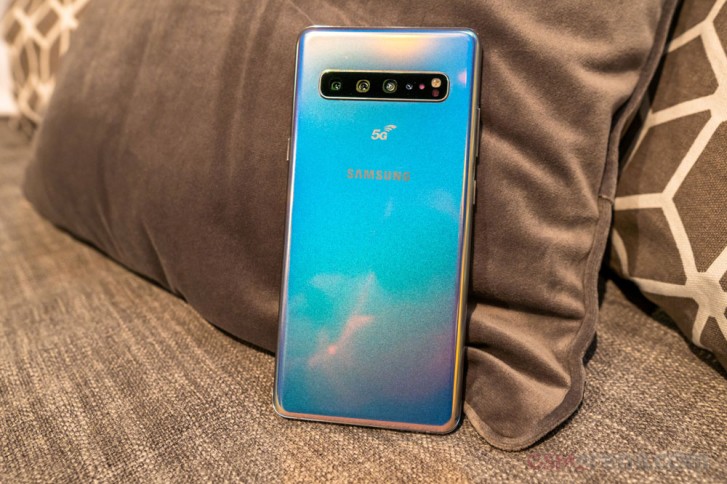 The Galaxy Note10 is rumored to have a large 6.66” display with presumably the same 19.5:9 aspect ratio and will offer about 8% more surface area. The Note10 is also codenamed “Da Vinci” and while rumors suggested the Galaxy S10 would change its naming scheme (which we now know isn’t true) we can’t say the same for the Note 10 – at least not without skepticism.

Other rumors say that Samsung will remove the 3.5mm headphone jack for the new Note and if the Galaxy Fold’s lack of a headphone jack is anything to go by, it could be true. There have even been rumors about a possible camera sensor integrated into the S Pen revealed by a patent from Samsung.

In any case, the Galaxy Note10 launch is still ways away. Perhaps we’ll see it launch in Europe later this year during IFA. However, based on Samsung’s recent activity it’ll probably be holding its own Unpacked launch event close to or around IFA time, which takes place in early September.

Samsung patents an S-Pen with a built-in camera

Monthly plan ? I bought it in one go

Are you sure it's not your reflection : P

the rearside is getting uglier... lols