Industry insiders claim that the Samsung Galaxy Note10 will come with a 6.66” display next year. This is reportedly part of the specifications that Samsung Mobile handed to Samsung Display so that the panel maker can start work on the larger Super AMOLED panel.

The Galaxy Note9 has a 6.4” screen size and (assuming the aspect ratio stays the same), the next Note flagship will offer about 8% more surface area. Note that while the iPhone XS Max has a 6.5” screen, due to the aspect ratio and the notch, the usable surface area is actually smaller than Note9’s. 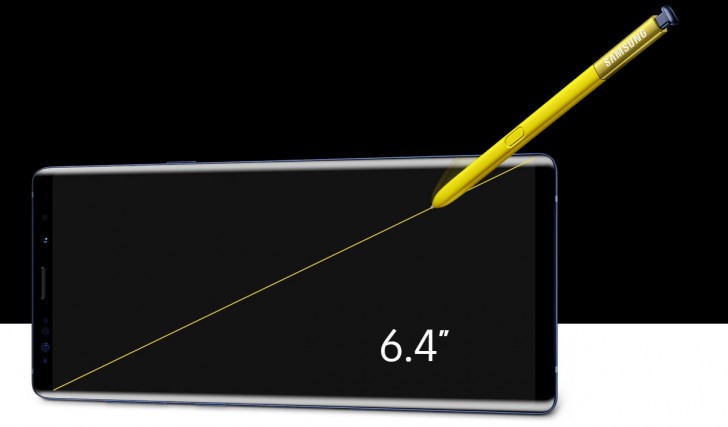 Anyway, the Galaxy Note10 is code named “Da Vinci”. The “Note10” moniker is a placeholder for now as Samsung might change the naming scheme with the Galaxy S10 coming in the first half of next year.

If you’re wondering why Samsung has settled on specs for the Note10 so early, the company is reportedly going for a longer development time so that it can deliver a better product. The Galaxy S10 design was finalized in April this year and it won’t be unveiled until MWC in February next year.

No need for Note+ with 7.5 inches screen. There's already the Tab 8 with s-pen.

It is time Samsung launches two versions of Note: Note and Note +. Note + should have betwen 7" to 7.5" dispaly. It will facilitate easy reading of PDF documents and scanned documents.