According to a research carried out by the Display Supply Chain Consultant, next year's smartphones with flexible displays will ship 3.1 million units. That's just going to be the tip of the iceberg though, as the report estimates that in 2022, the number will grow to a whopping 63 million units generating revenue of $8.9 billion. That's a pretty big jump from zero phones in 2018.

But it all makes sense if more OEMs adopt the technology and offer better and more affordable smartphones in the niche. It all depends on the competition and the maturity of the technology, which are the main contributing factors for lowering the price tag. 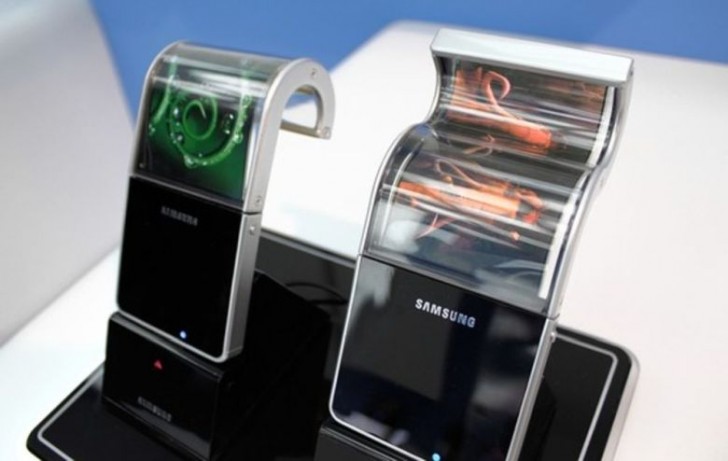 Samsung is set to launch its first flexible smartphone in early 2019 and Huawei is aiming to beat it to the market, but the research says it's not all about the flexible pixels. A flexible display alone isn't enough to push the user on the other side of the fence and spend around $2,000 while today's most expensive handsets sell for about $1,500. So extra features and added value are a must in order to succeed.

The report also says that the manufacturers have the technology for a while now, but the cost of production and the end price would render the foldable handset a hard sell. So if manufacturers are ready to make the next step in smartphone design, they must have figured out how to lower the production cost or have some unique feature to come with the devices.

Atleast 5 years before all the kinks get fixed.. i mean look at oleds.. still working it out..

Wekll and foldable apple will sells for 5000 Buhahahahaha. Anyway anyone with bare working grey cells will not buy this expensoie piece of junk where apart of being foldable there is nothing extra. Many countries average salary is not even 1000 ...

Very good points. Though, I do feel that this is going to be received like the first iPhone: Revolutionary, the future, but not as good as other competition. Only after it gets launched can Samsung figure out what needs to be added and fixed