Aside from its higher-end devices, Meizu has been releasing mid-rangers under the Blue Charm sub-brand in China. These devices have so far been rebranded into the "M" series for other markets, with the latest being the M6 and M6 Note. However, the Chinese company has long been rumored to split Blue Charm into its own independent company and stop using the Meizu name for these models altogether.

That could happen starting with the upcoming M6S, which was initially planned to launch this month, but has been pushed to early next year because of some camera-related issues. Today in China a retail box has been leaked through the hands-on image you can see below, and this purports to be for the Blue Charm S handset. 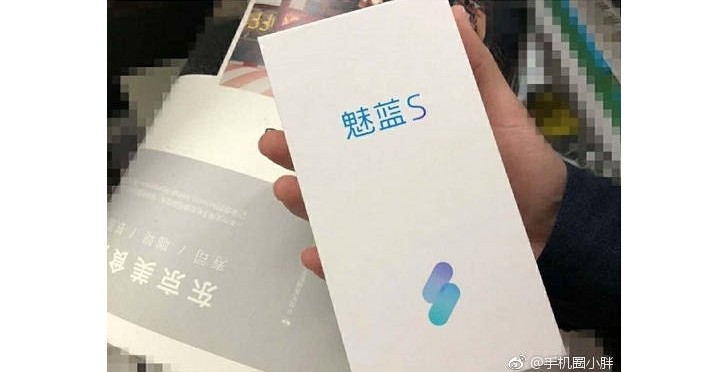 We assume this is the M6S by another name, and it will be interesting to see if Meizu will make the Blue Charm brand go global in 2018 and forgo any "M" style monikers going forward.

As you can see, Blue Charm now even has its own logo, so you probably shouldn't expect to see Meizu appear anywhere on the packaging or the smartphone itself. Previously leaked images suggested that the M6S or Blue Charm S will be the first product in the series to sport an 18:9 tall touchscreen with rounded corners.

As a consequence of that, the fingerprint scanner has been moved to the right side, residing just under the power button. Now that Meizu and Qualcomm are friends again (following a long legal battle), it wouldn't be at all surprising if the M6S will come with a Snapdragon chipset inside.

The source of today's leaked image claims the M6S will finally get official in January and will retail for CNY 2,000, which right now means approximately $302 or €256.

must have these option SNAPDRAGON 630...SD660 WILL MAKE IT EXPENSIVE FOR KNOW MEIZU U CAN USE SD635 OR SD636 OR 660 FOR m6s note MODEL OTG SUPPORT AC DUAL WIFI BAND QUICK CHARGE 3 Active noise cancellation with dedicated mic 4GB RAM+ e...