vivo is preparing to launch a new smartphone called vivo V11 and its photos and specs already leaked into the wild. Live images of the phone were initially leaked by a Belarusian website, later followed by detailed pictures of the Waterdrop notch from Russia. Specs of the phone were also outed - it will have an under-display fingerprint scanner, Snapdragon 660 chipset, and a flagship-tier camera. 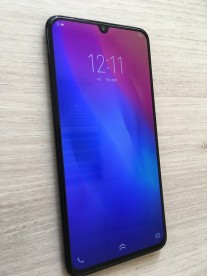 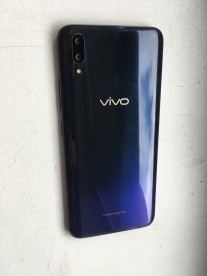 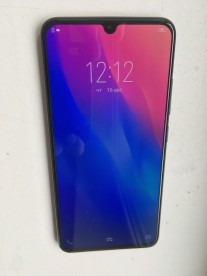 The vivo V11 is expected to have a 6.41” AMOLED screen with Full HD+ resolution and a tall ratio of 19.5:9. The chipset in the phone comes with octa-core CPU with clock speeds of up to 2.2 GHz. The memory combination is listed as 6/128 GB, but there is a slot for a microSD card that could get you up to 256 more gigs. 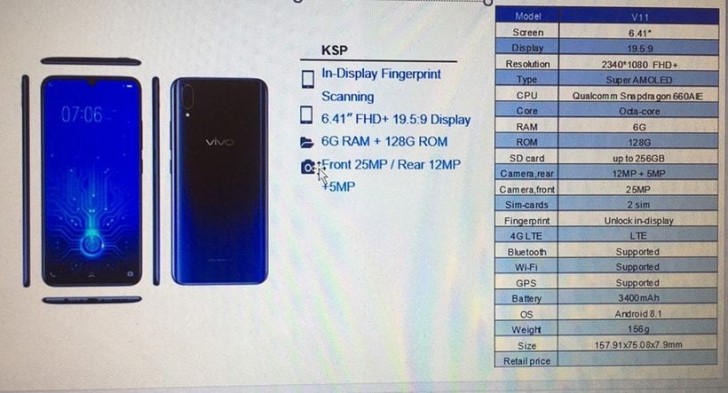 When we say “flagship-tier camera”, we mean the 12 MP + 5 MP combo is likely the same as in the vivo X21 and the vivo NEX series. It has f/1.8 aperture on the main sensor. The selfie snapper tucked into the waterdrop notch is 25 MP. 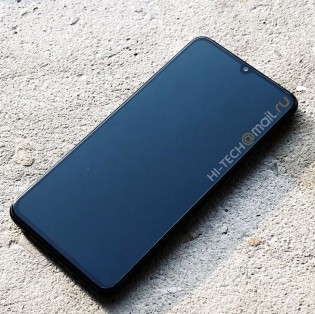 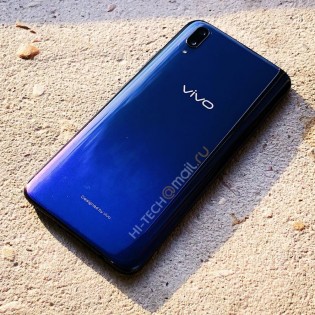 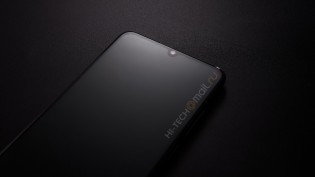 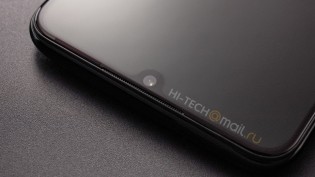 The leaked specs also reveal the vivo V11 will have Android Oreo 8.1 out of the box, 3,400 mAh battery and in-display fingerprint scanner. Dimensions of the phone are 157.9x75x7.9mm and the weight is 156g.

Thanks to the likes of Vivo, 1+, and Xiaomi we can enjoy a new design, sammy and apple seem content to sit on their hands

Their current phones get updates frequently. I own the xplay 6 and nex s.

The easy answer is 'they dont update their phone'. They doing same thing as Xiaomi. Only Funtouch OS is updated to look like latest android but under it is still old android version.