Good news for the Galaxy S7 and S7 edge owners. Today Samsung began the soak test of Android 7 Nougat update and a small number of phones are getting it right now. 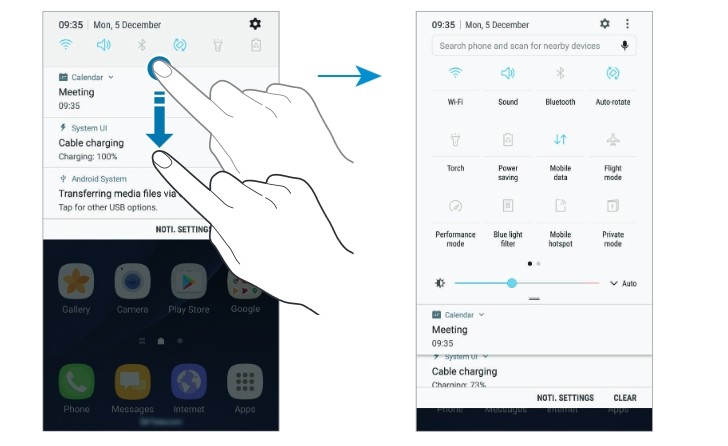 In December Samsung concluded a limited beta run of the Nougat update on the Galaxy S7 and it began prepping for the full-blown release. Now that the soak test is happening, if everything goes smoothly, the update should begin rolling out worldwide in a matter of days.

The Nougat update sent to the lucky users contains Google's January security patches and has a build number of G935FXXU1DPLR.

The official Android Nougat update for the Galaxy S7 series seems to be just around the corner, so stay tuned and free some space if you are in the low gigabyte digits.

This so called Nougat sucks air big time, what a waste of a once great phone. Why change the look when everything was sweet, only reason I got it. Back to Motorola I guess

except so do Google and Apple. They just take the previous OS and tweak things around, coding some new features while at it. Considering Samsung does a lot more than skins and bloatware, like knox which takes a ton of work to implement and all their ...

Except, the companies aren't coding a whole OS, just their useless skins and bloatware.