It is a tough job keeping up the Galaxy A series even for us, let alone for a regular user. There is one simple rule though - the lower the model number, the cheaper the phone. And the new Galaxy A21s isn't an exception - it's one very affordable smartphone with enough punch to make it an attractive offer.

While many of the recent Galaxy A phones have Super AMOLED screens, the most affordable ones, well, cannot afford such type of panels. That's why the Galaxy A21s relies on a PLS TFT screen, and it's 6.5" one with basic 720p resolution. Samsung is powering the thing with its own Exynos 850 chip, which seems adequate on paper, but we are yet to see how it will perform under pressure.

The Galaxy A21s, in addition to its large screen, can also brag with a quad-camera on its back and a beefy 5,000mAh battery with fast charging support. The camera setup is what we usually see in mid-rangers, so we appreciate Samsung's efforts to offer a little bit of everything - there is a 48MP primary, an 8MP ultrawide shooter, a 2MP macro and a 2MP depth sensor. 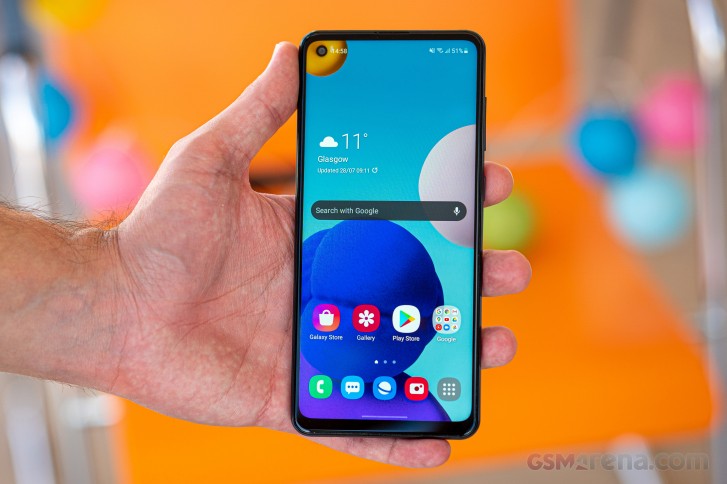 This new Galaxy A21s looks like most recent Galaxies and it runs the latest One UI 2.1. It is a sequel to the Galaxy A21, which saw an extremely limited release, with a better main camera and a larger battery. The A21s was made available to a lot more markets.

Let's take a close look at the Galaxy A21 specs sheet, shall we?

One thing is notably missing within the specs sheet - some sort of water protection. Yes, it may sound ridiculous for such a cheap phone to have one, but many other makers like Motorola, Realme, and Xiaomi are offering water-repellent coating or similar, which offers some peace of mind.

And now, without further ado, here is the Galaxy A21s - unboxed.

The Galaxy A21s is packed within a white paper box. It contains a 15W charger and a USB-C cable. We are glad to see Samsung bundling a fast charger with the phone; few companies do that for their budget offers. 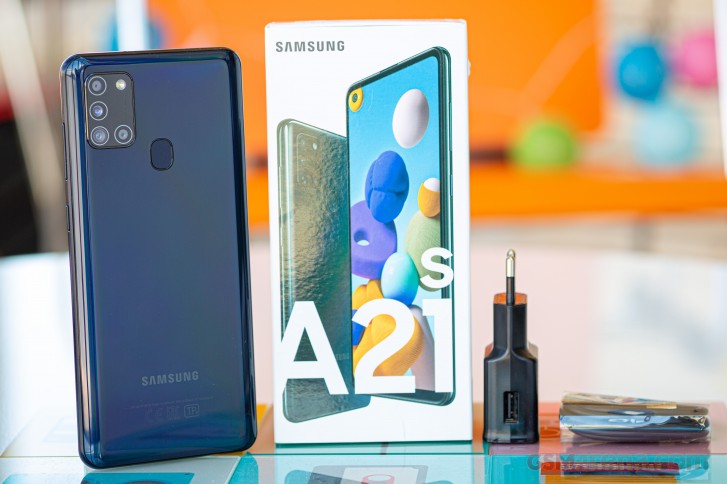 There is no screen protector on the phone, neither is there a case inside the box.

This phone is cheap GARBAGE - why take away the NFC feature so can no longer use Google Pay? A20 had NFC but not A21? Make it make sense! Nah the Optus brand mobile has the NFC feature and does exactly the same as an Samsung A21 for much less in pric...

I've been using this phone for morethan a year now. My only problem is the low touchscreen sensitivity on some portions, and the below average loudness of its speakers, but everything else works great for me, and I really love its battery endura...

Are you professional user?