The smartphones from the Galaxy A series have been known for their 4G/5G segmentation. We thought 2022 would bring the end of this, and indeed it was for the A33, the A53 and the A73. The entry-level Galaxy A13 and Galaxy A23, though, are still subjected to this treatment, and today we will be reviewing the 5G version of the Samsung Galaxy A23.

The Galaxy A23 5G is the same smartphone as its LTE counterpart, something that's not often the case with these versions. Samsung has used the Snapdragon 695 5G chipset instead of the Snapdragon 680, which in addition to the 5G modem, has allowed the GPU to draw the interface with up to 120fps for some extra smooth action on the 6.6-inch PLS LCD 1080p screen. 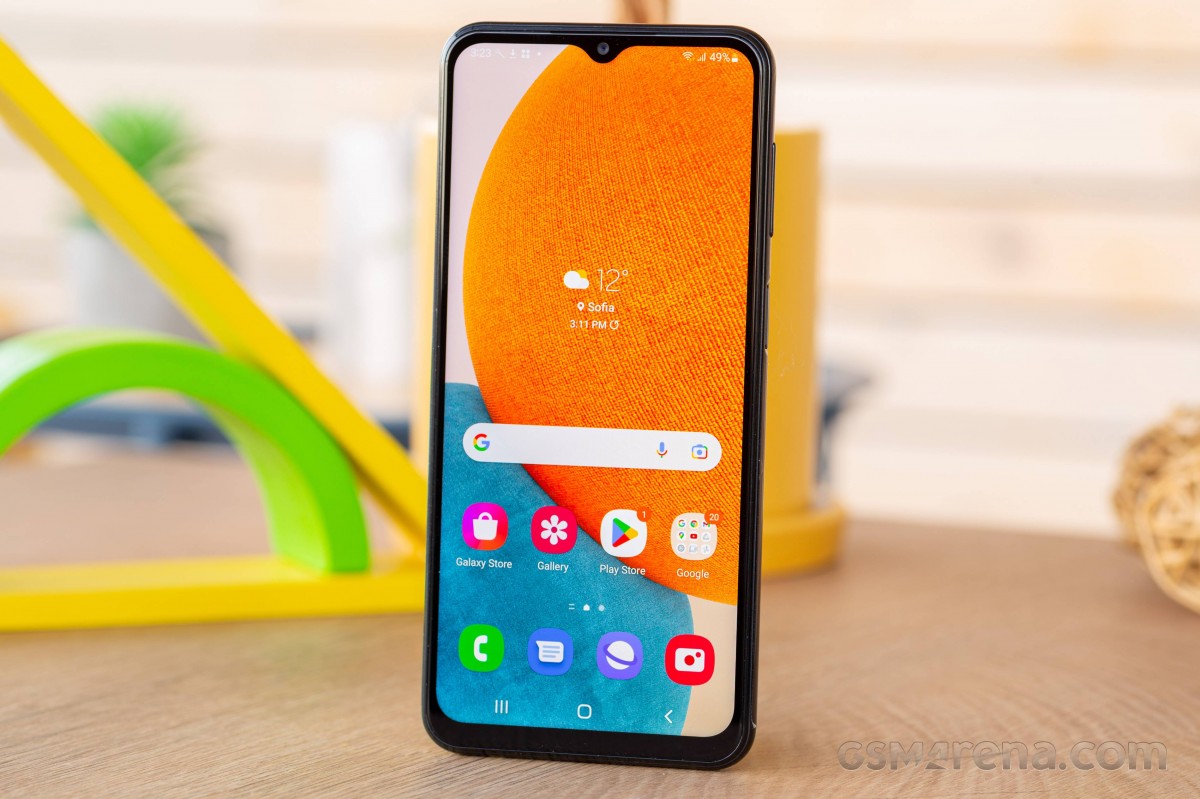 We appreciate the 120Hz upgrade as it can make things feel smoother, especially with the new One UI 5 (with Android 13) update that's already available on this phone. The panel still has the same old-school droplet-shaped notch, which may seem dated but is not a huge blunder in our books.

The phone shares an identical no-nonsense design with the rest of the Galaxy A phones with a flat Gorilla Glass front, a plastic frame and a matte plastic back that's reminiscent of the high-end Galaxy S22 series. There is no water protection on the Galaxy A23 5G model, something that's reserved for the AMOLED-packing Galaxy A33 and upwards. 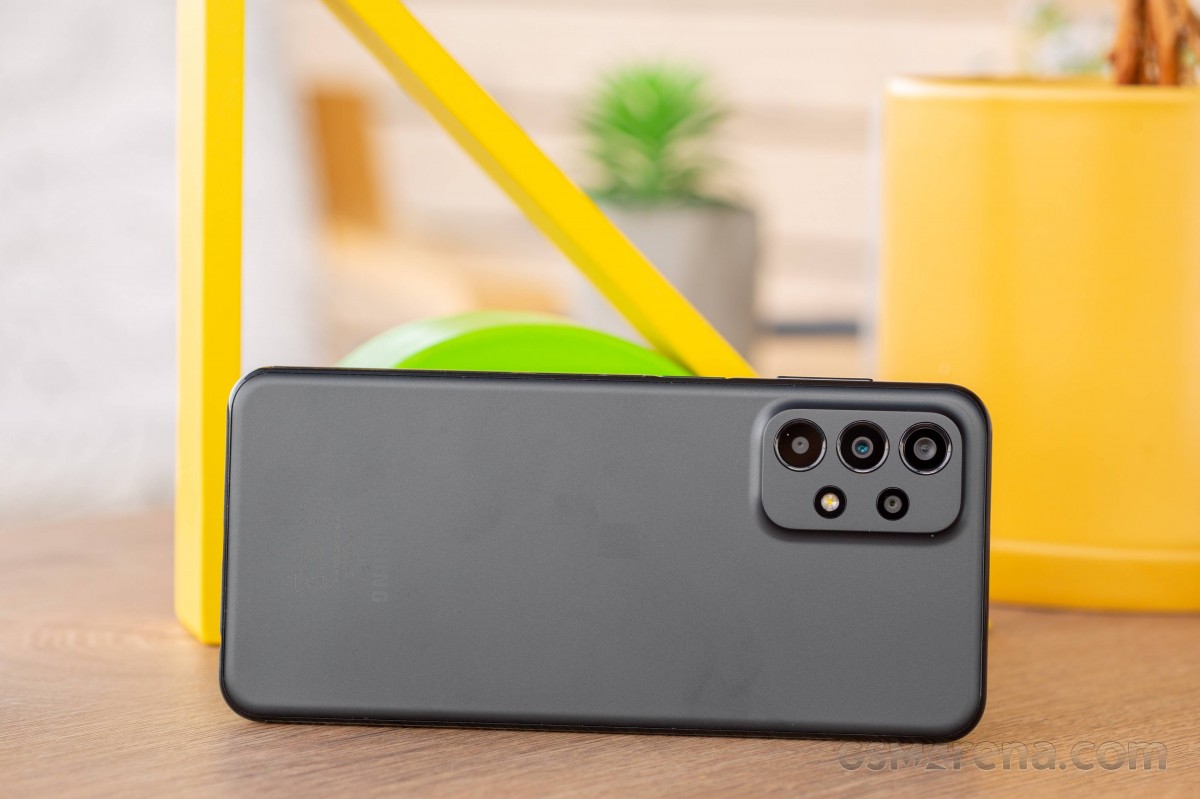 Even though the Galaxy A23 5G is aimed at the entry-level market, we appreciate its camera gear - it has four cameras on its back, starting with a 50MP OIS primary, then come a 5MP ultrawide, a 2MP macro camera and finally, there is a 2MP depth sensor. The 8MP selfie camera is a rather basic piece of kit, though.

Other notable specs are the tri-card slot with a microSD tray, the 3.5mm audio jack, NFC, and the large 5,000 mAh with 25W wired charging support.

Samsung Galaxy A23 5G specs at a glance:

The most notable omissions, if you've followed the recent Galaxy A phones, that is, are the OLED panel and the ingress protection. There are some other odd bits, too - the virtual proximity sensing remains as controversial as ever, and the lack of a real ambient light sensor is baffling. On top of that, there is no charger in the box.

Unboxing the Samsung Galaxy A23 5G

The Samsung Galaxy A23 5G ships in a small paper box, which contains the phone itself and a white USB-C cable. That's it. 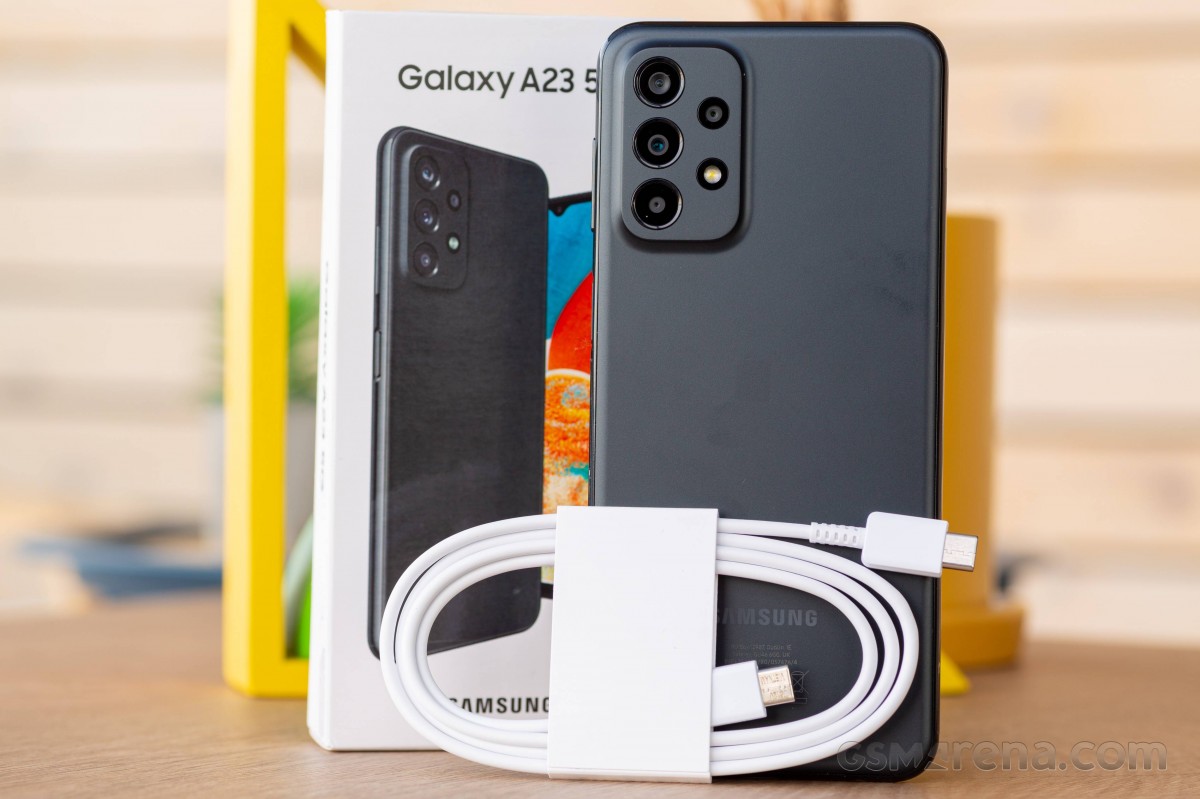 There is no charger, or screen protector, or headphones.

Samsung A23 Selfie camera is not good

Front camera is not good And camera work slowly in capturing