The Galaxy A32 is relatively unusual in its design language, particularly when it comes to the camera area. Three separate modules stick out each on its own from an entirely flat back panel. 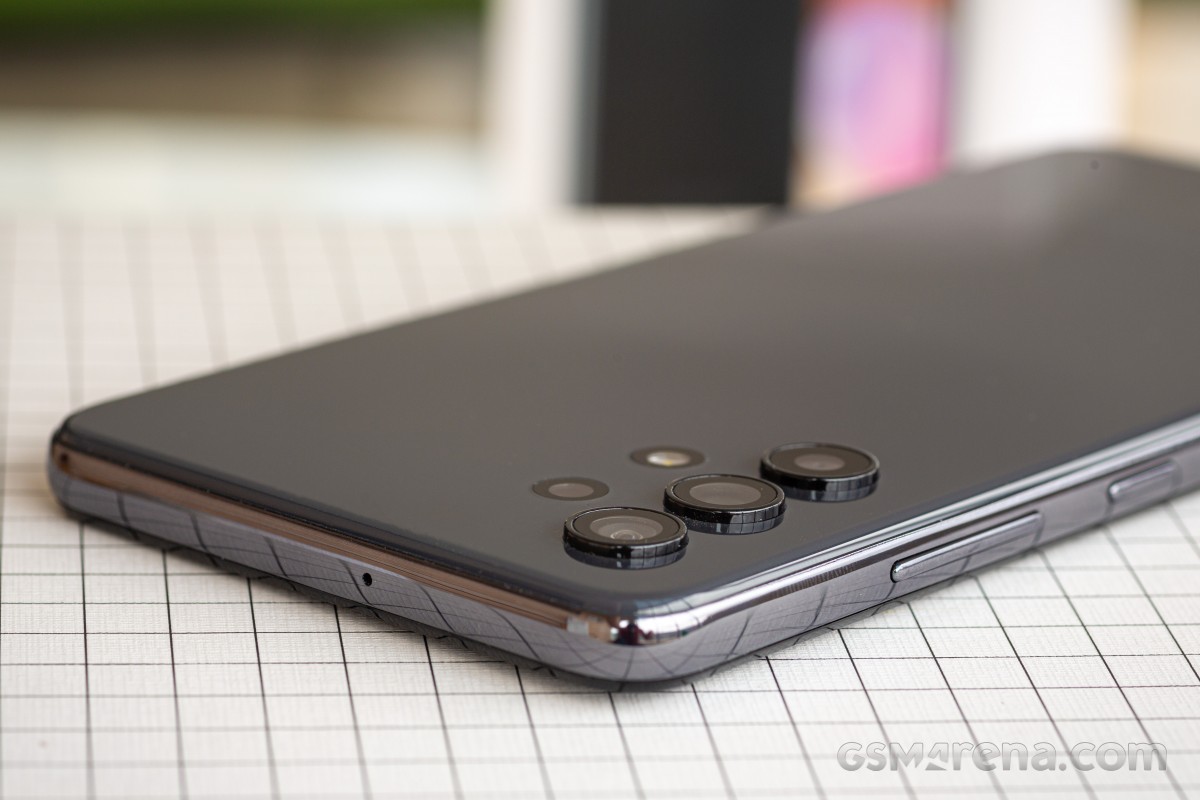 It's sort of a shared aesthetic with the higher-end A-series models like the A52 and A72, only those do have a raised area of the back around the cameras, and the A32 doesn't. 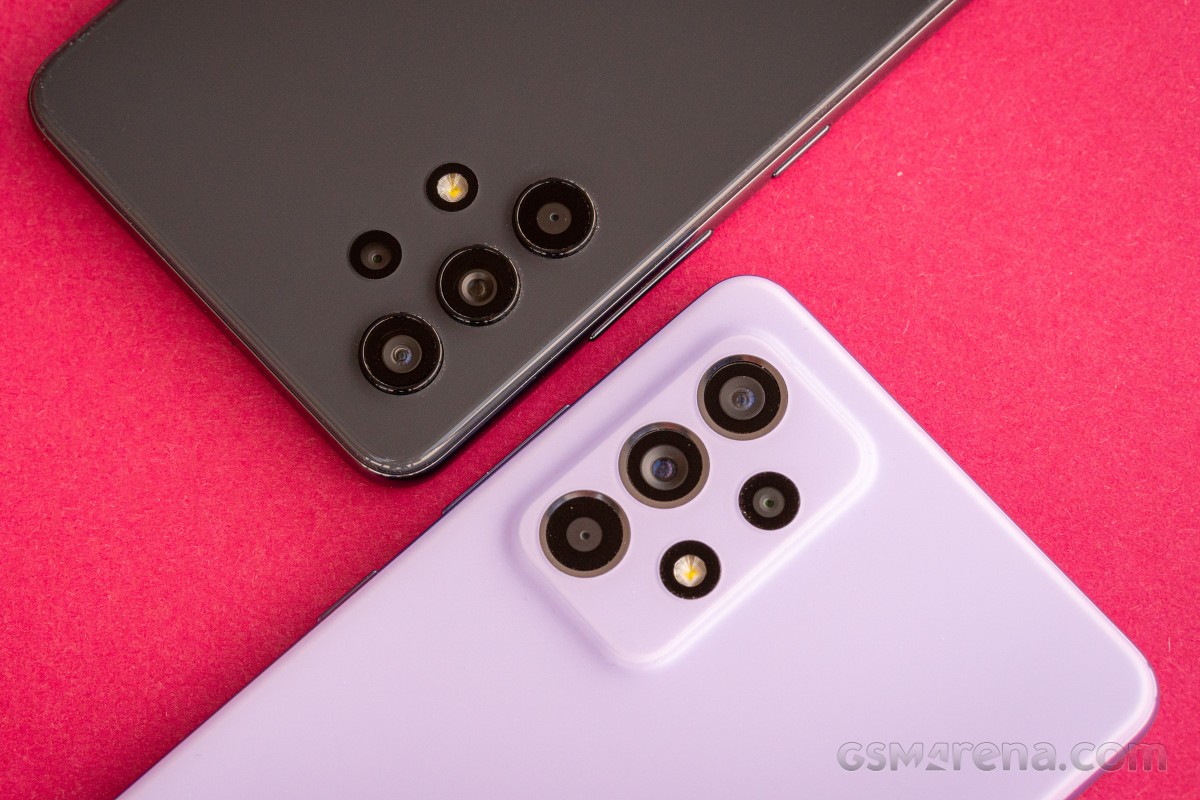 Our review unit is in the Awesome Black colorway with a few other Awesome options available - White, Blue, and Violet. This particular one we have reminds us of the original Galaxy S20 Ultra, and not in a good way - it's among the drabbest paint jobs you can find. On the other hand, if you'd rather have your handset understated - this is the one. 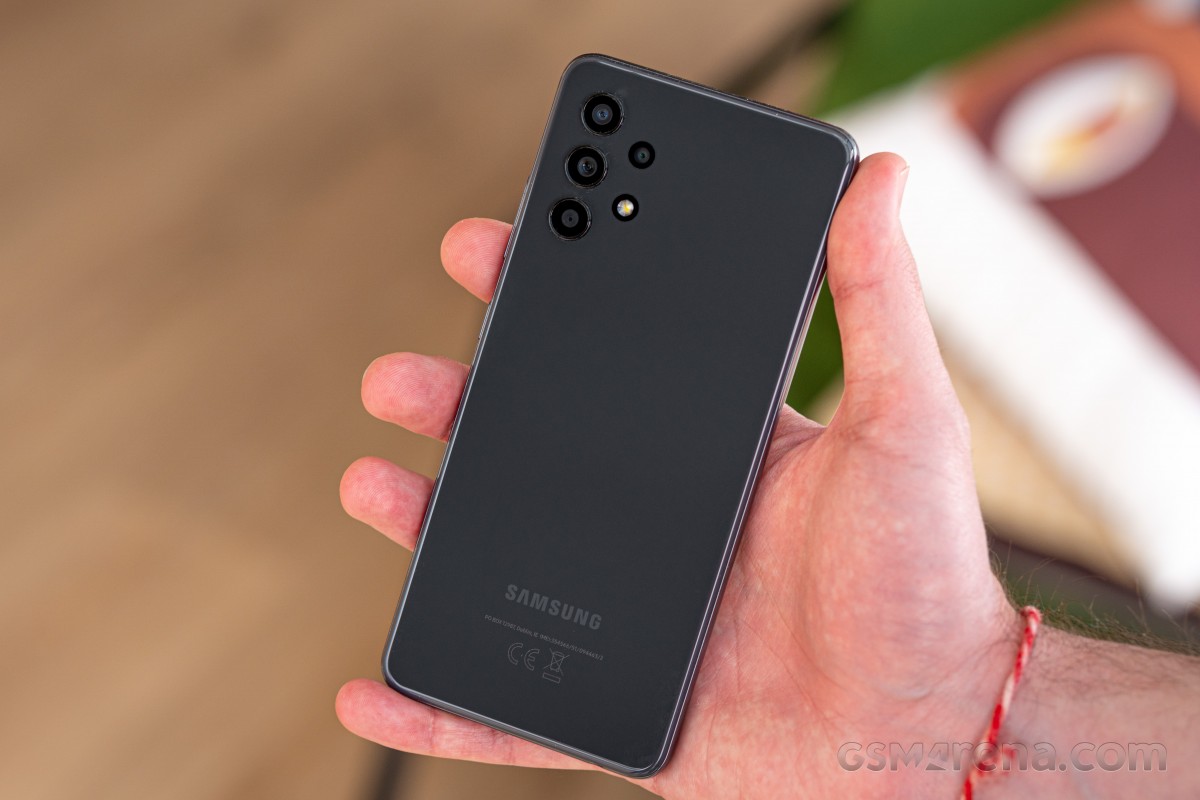 The panel on the back is plastic. Earlier reports suggested it's Gorilla Glass 5, but we spoke to Samsung about it, and they confirmed it is, indeed, plastic. No big deal all in itself, as plastic is less prone to shattering and is lighter, it's just that it doesn't feel as premium.

This particular panel is as good at picking up fingerprints as glass so keep a cloth handy if you'll be taking pictures of your A32's rear. The Galaxy A52 we just reviewed is treated to a frosted matte finish and is nicer to the touch while also a lot less prone to smudges.

The frame of the A32 is plastic as well, and is treated to a high-gloss shine. 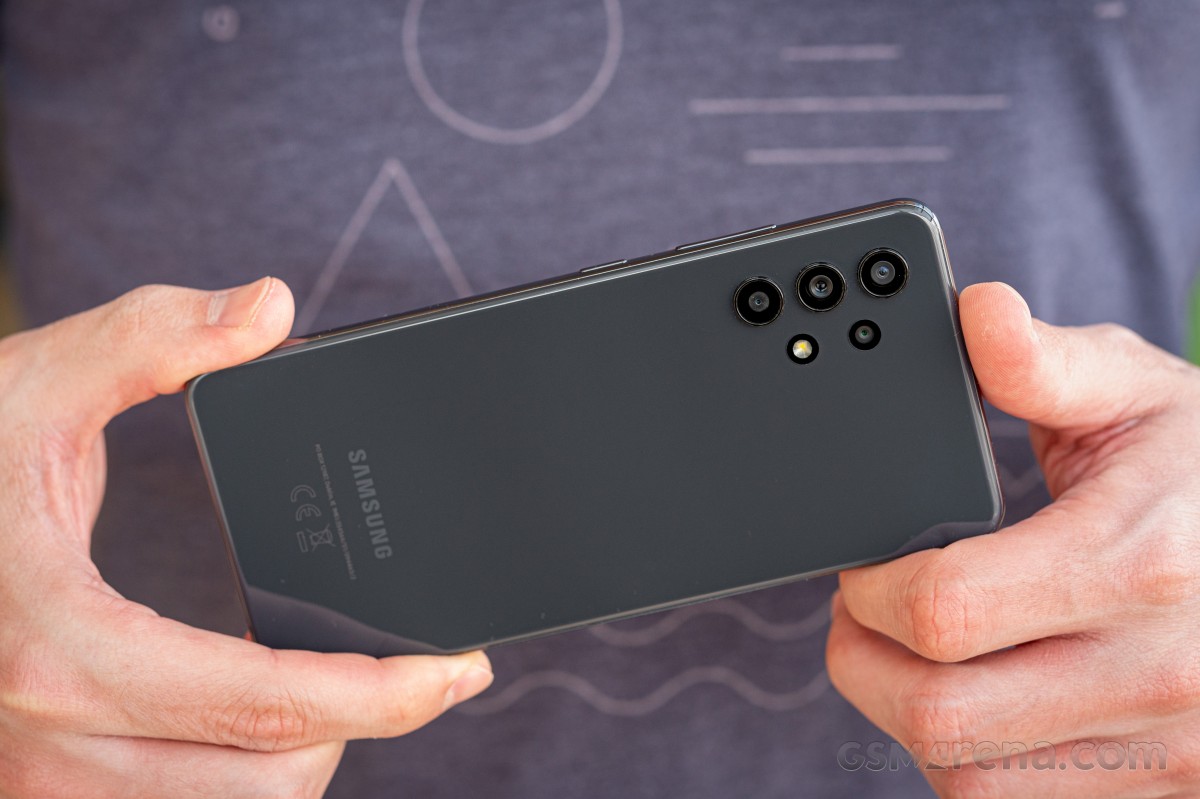 Since we're on the frame already and we promised a tour, here it goes. The power button and volume rocker are on the right, in what Samsung has settled on as the default Galaxy control layout. Both buttons are plastic and click positively.

On the opposite side is where you'll find the card slot. It's the best implementation that lets you use a couple of nano SIMs and a microSD card, all at the same time.

No surprises await along the remaining two edges. The packed bottom houses the USB-C port, the headphone jack, loudspeaker and primary mic, while the secondary mic is up at the top.

Loudspeaker, USB-C port, mic, and headphone jack on the bottom • Mic #2 up top

Over on the front, the 90Hz AMOLED is the centerpiece. A 6.4-incher, like any other at a passing glance, it doesn't fail to impress the more you look at it. And look at it we shall, on the next page.

It's an Infinity-U type of display, with the U being the shape of the selfie camera cutout. The bezel situation isn't as glamorous as the display itself, with a relatively thick border surrounding the shining pixels. 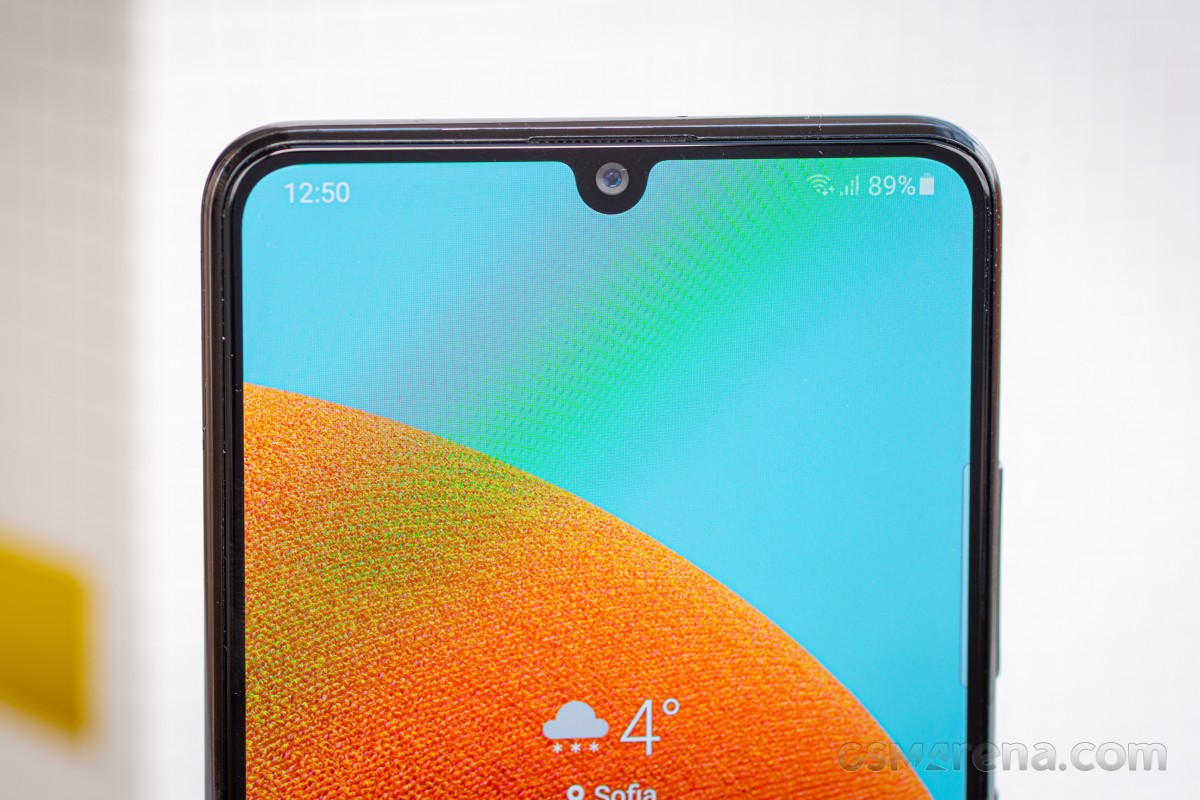 If you're the type that complains about shrinking bezels messing up the handling, you'll like the A32. If you enjoy thin bezels and associate them with high-end devices - well, you won't get them here. To be fair, that's pretty much the norm in the A32's class, so it's not any worse than its competitors. 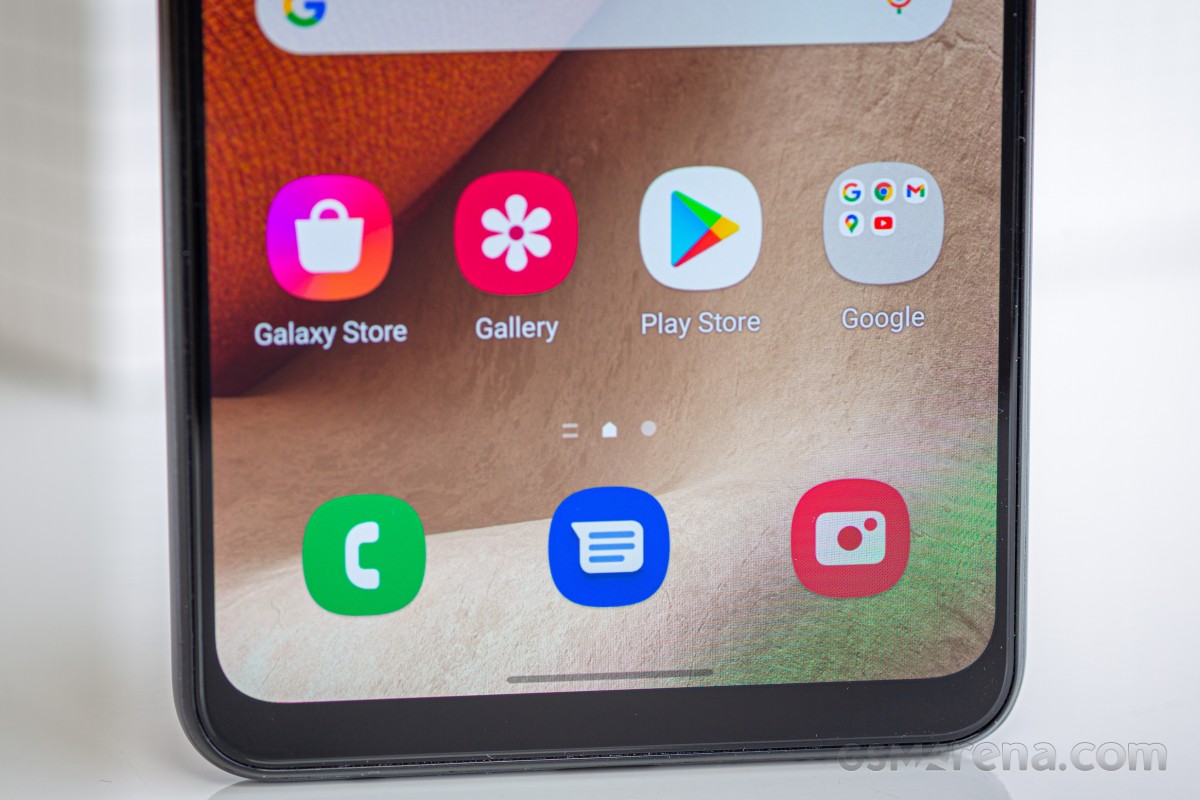 The Galaxy A32, thanks to its AMOLED display, gets an under-display fingerprint sensor. It's the optical variety, unlike the ultrasonic ones that Samsung fits on high-end handsets. We weren't thrilled with our experience with the unit on the A32. Much like on the A52, we found it slower than what we're used to. And, unlike on the A52, this one would give us failed attempts unusually often. 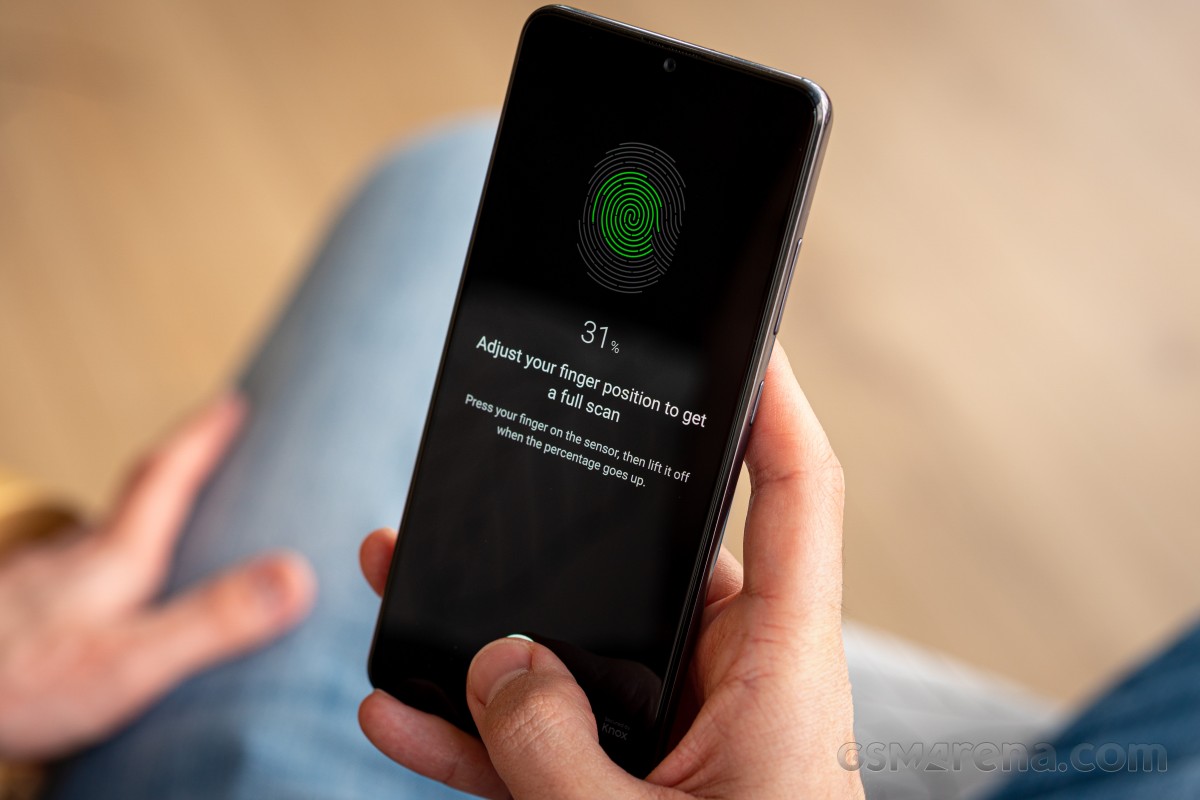 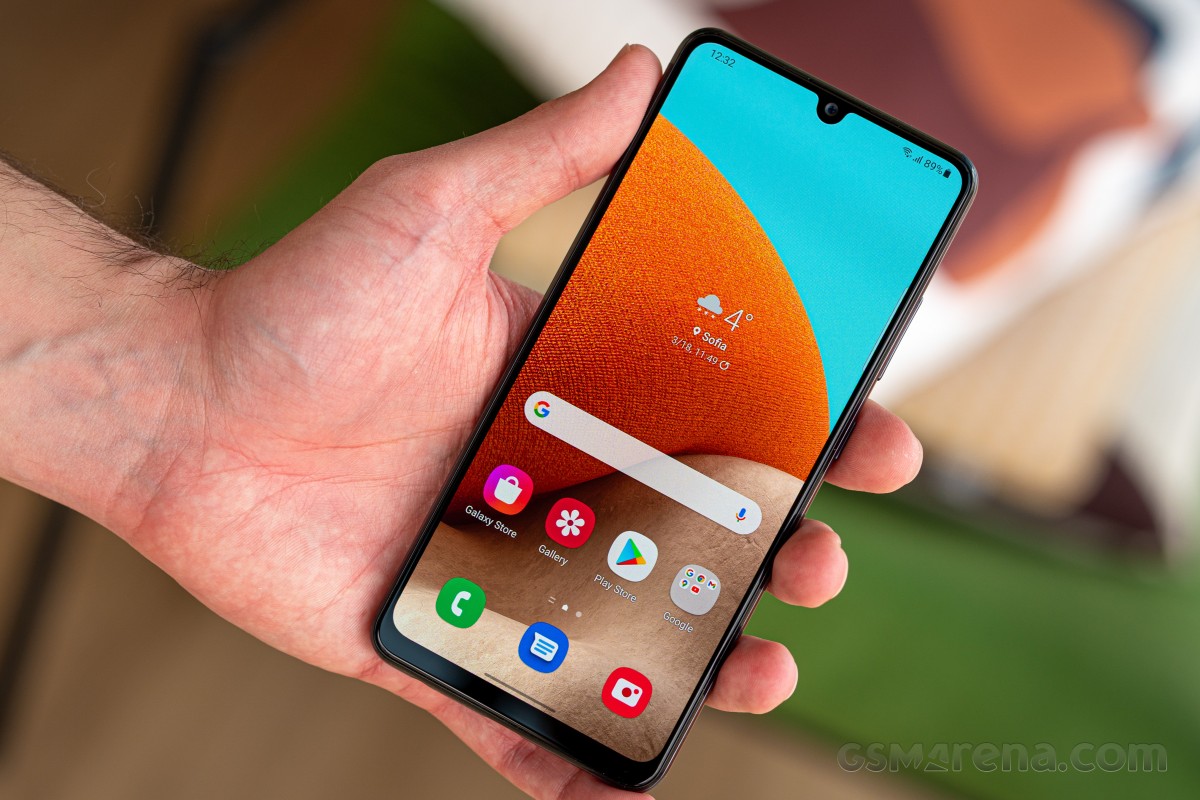 Hey, you have a great collection of mobile covers that can attract anybody. The mobile covers have different pictures, like a bike photo or images of cartoon characters on them. Kids love these more than adults do because they are more appealing to t...

The SAMSUNG A32 is really a poor choice. The only reason why you will think the A32 is a great product, is because you never used a Huawai phone. I made such a big mistake to go from Huawei to Samsung

Fingerprint reader is for all practical purposes COMPLETELY USELESS. Face recognition is not much better. This means it's a mission to answer calls.