The Galaxy A32 (non-5G) is equipped with a properly nice Super AMOLED display with 1080x2400px resolution. Perhaps more importantly, the display supports a (moderately) high refresh rate and can operate at up to 90Hz. All of this is in stark contrast to the Galaxy A32 5G, which gets a notably inferior 60Hz 720p LCD. 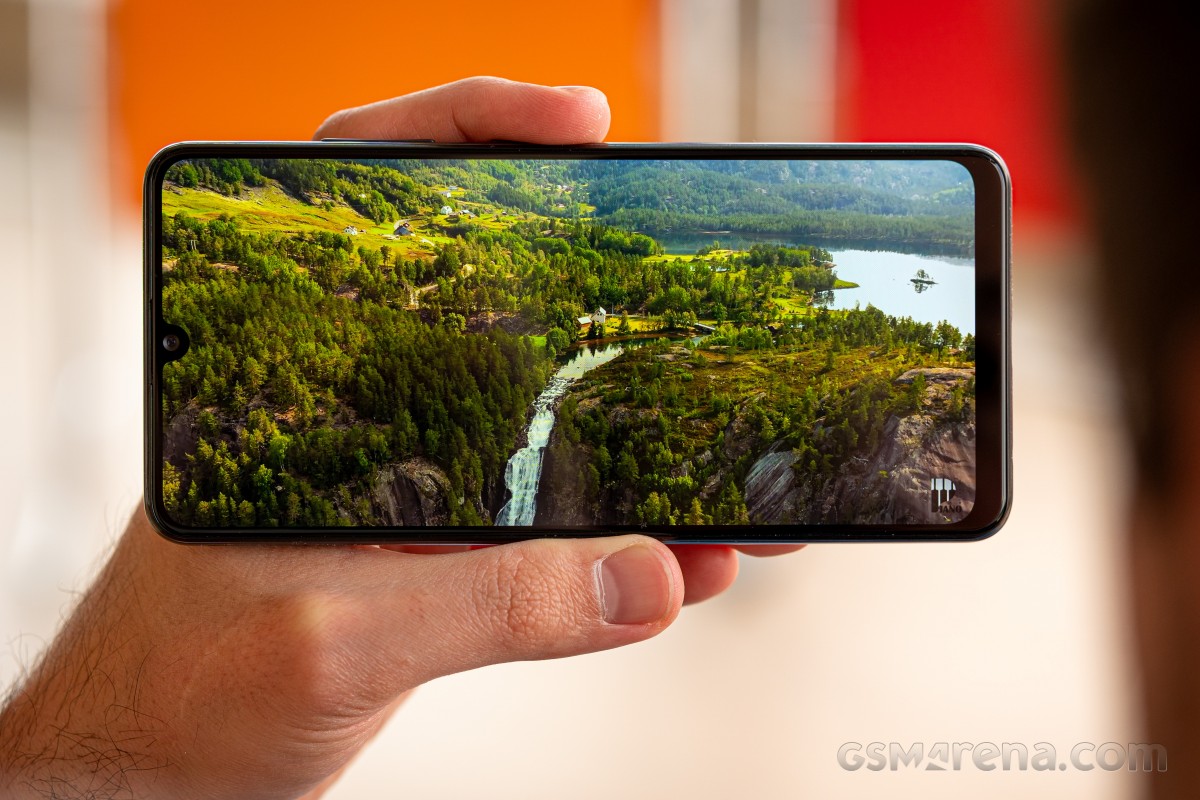 It's indeed one of the better AMOLEDs Samsung has to offer, particularly for the price point. Maximum brightness, for example, was an excellent 814nits in Adaptive mode with the phone under direct bright light, while operating the slider manually in less extreme conditions will get you close to 400nits - a fairly standard number which even the company's top-end model gravitate around. Mind you, even with the Adaptive toggle disabled, the phone will crank up the brightness if you're out in the sun to enable the High Brightness Mode.

This being an AMOLED panel, there's no illumination when displaying black, hence the contrast is essentially infinite (if not strictly mathematically correct). Minimum brightness, meanwhile, was measured at 1.8nits so you're guaranteed comfortable light levels even in very dark environments.

The color modes on the Galaxy A32 are the same as most other Samsungs that aren't the absolute most affordable ones. You get the Vivid and Natural presets with Vivid covering a wide color gamut and Natural tuned for sRGB content. In our testing, Natural mode was indeed super accurate at rendering our sRGB test swatches, while Vivid (the one out of the box) was okay to good in displaying DCI-P3 content. A bump of the Cool-to-Warm slider in Vivid mode lets you almost completely cancel out the faint blue tint of the white point without much sacrifices elsewhere.

Samsung makes no claims for HDR capabilities on the A32's display, and indeed we didn't get HDR streams in any of the popular apps we check - Netflix, Amazon Prime Video, and not even YouTube. 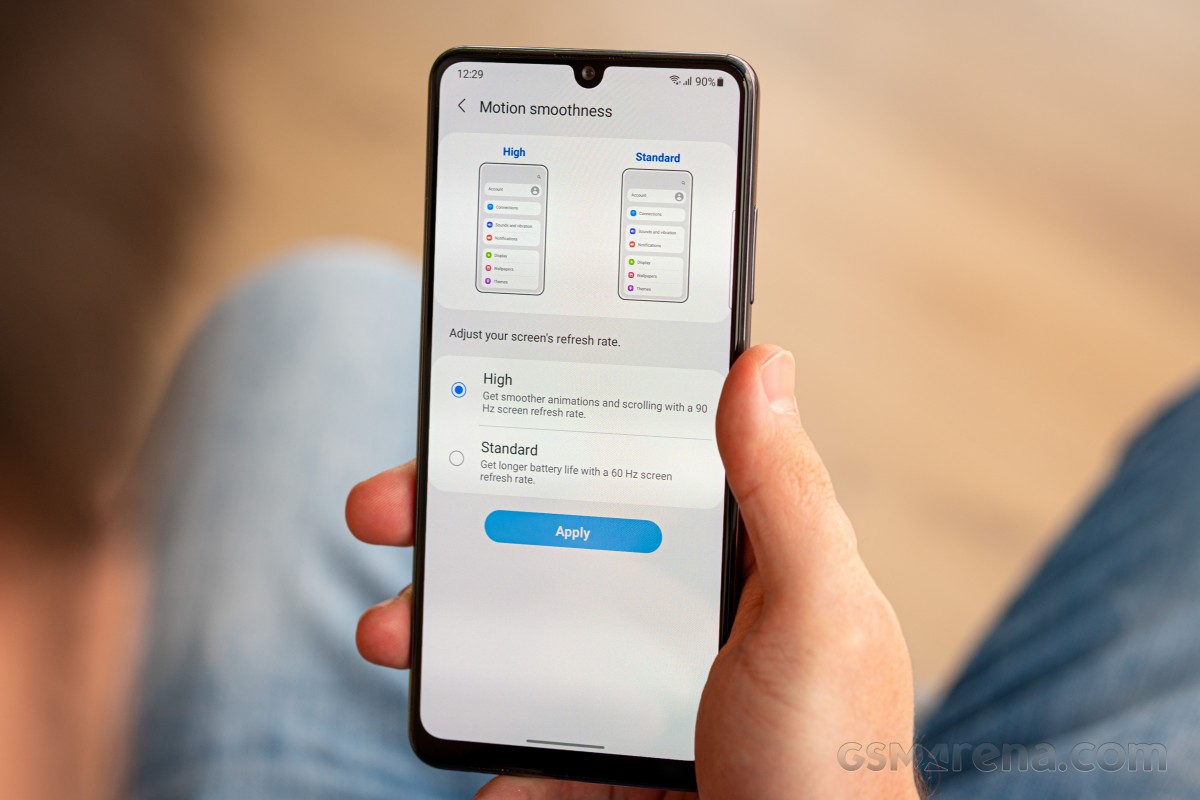 This being a 90Hz display, you get to pick whether to run it at its max refresh rate or the standard 60Hz. In the latter mode, everything everywhere gets 60Hz. In 90Hz mode, you get the high refresh rate across the UI, as well as in social media apps and browsers, plus video playback apps - there's no smart downswitching to 60Hz even for video playback. The phone will switch down to 60Hz for the camera viewfinder or for apps that explicitly require it - such as Google Maps.

The Galaxy A32 has a 5,000mAh battery inside, a fairly common capacity for midrangers of the day - Samsung's own A-series has a ton of phones with that big of a powerpack. This particular model does have a 90Hz display, and it's FullHD, too, so it's perhaps one of the more taxing panels, though the relatively modest chipset should help offset that. 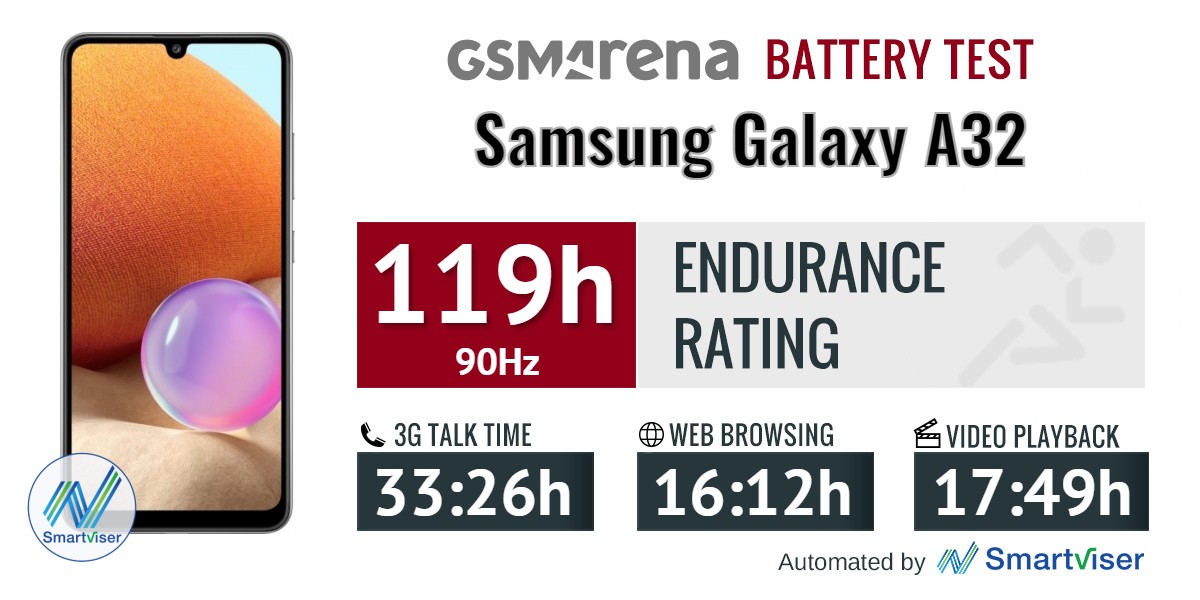 Switch the phone to the standard 60Hz refresh rate, and you stand to gain an hour of Wi-Fi web browsing or about an hour and a half of looping videos. It seems like too small a benefit to sacrifice the 90Hz smoothness for. 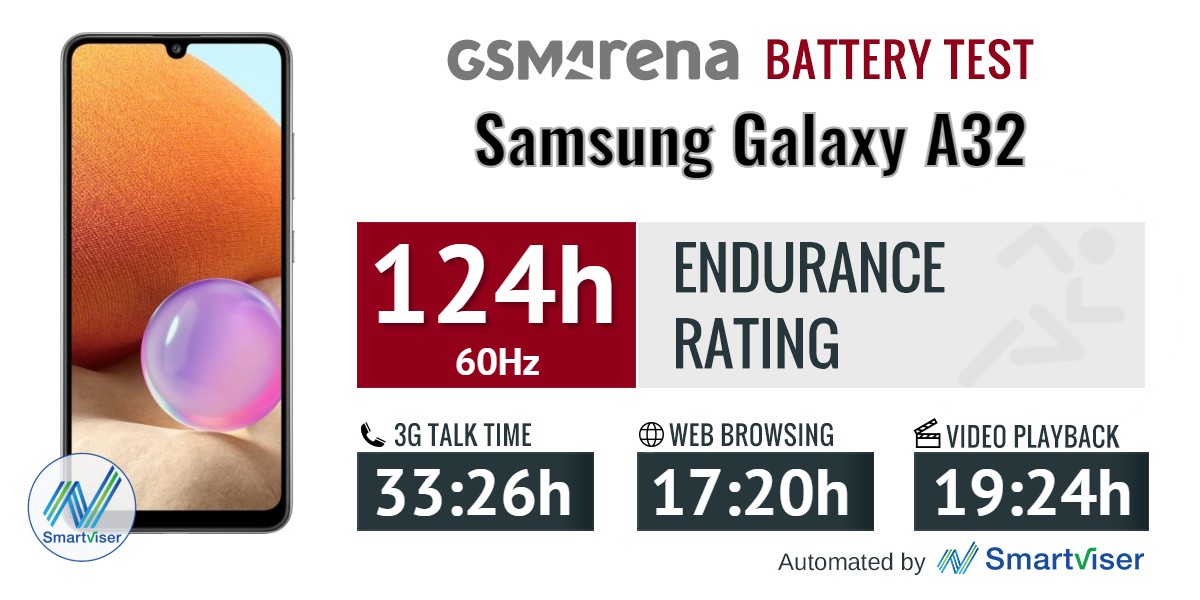 As most lower-end Samsungs, the Galaxy A32 ships with a 15W adapter that has Samsung Adaptive Fast Charging stamped on it, a name (and technology) that dates some 6-7 years back. Using it, the A32 charges from flat to full in 2:19h, with 25% showing in the battery indicator half an hour into the process. It's slower than most in the class, but at least it's faster to top up than lesser Galaxies like the A02s and A12, if that counts for something. 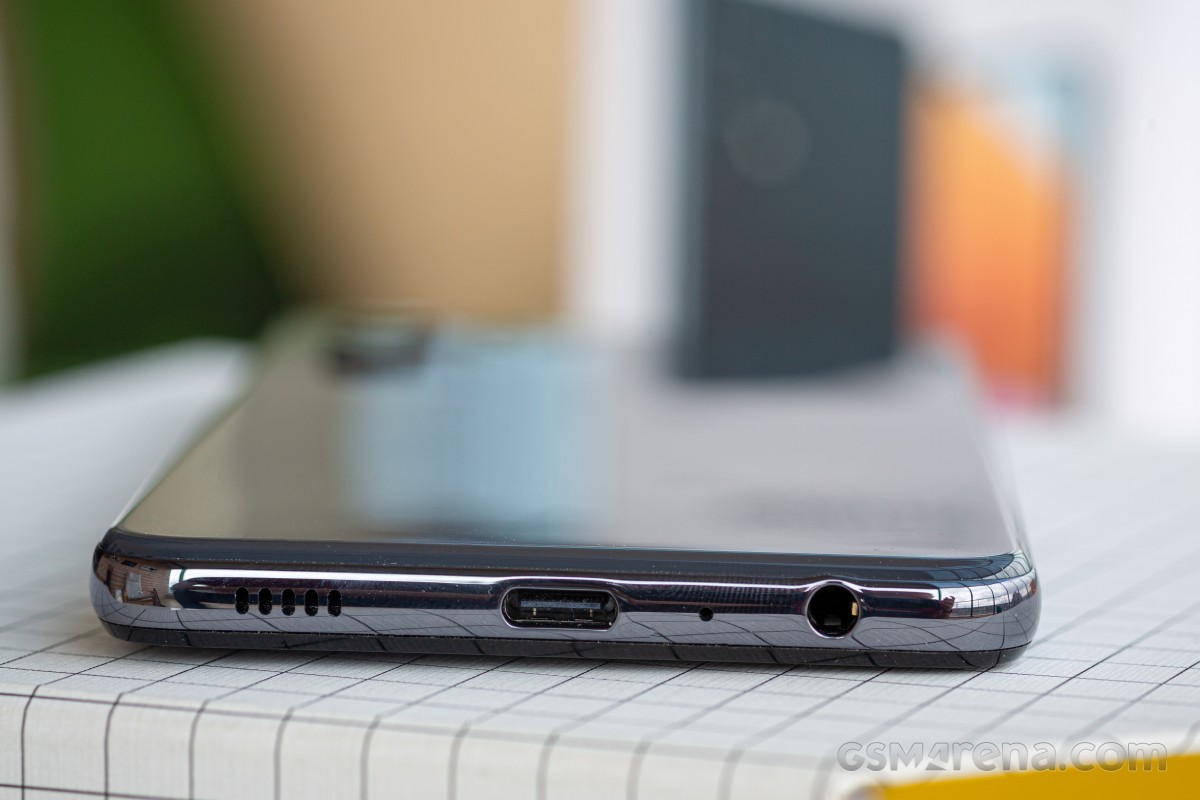 Like most other non-flagship Samsungs, the Galaxy A32 has a single loudspeaker placed on the bottom of the phone. And, like most other non-flagship Samsungs, it's relatively quiet - the A32 earned a 'Below Average' rating for loudness in our 7-track test. Virtually all competitors put out more decibels, and some have stereo speakers too (Redmi Note 10 Pro and Poco X3).

As for sound quality, there's little of note on the Galaxy A32 - it's a basic speaker that's not great, but not evidently flawed either and will do fine for watching videos and the like.

Could it work for gaming, Like the processor is it that powerful for apex mobile🤔

I'm using my Samsung galaxy a32 since 2021. But I haven't faced any issues with this smartphone. It's a perfect mobile phone.

Worst phone. I have purchased this phone and faced lot of network issues and finally lost complete Signals. I approached Samsung store, where they simply suggested to replace board.