Samsung isn't overly chatty regarding the bill of materials on the Galaxy A32 5G. That's pretty understandable since, from what we can tell, it's just plastic all around. Mind you, that's not necessarily a bad thing by definition. Plastic has plenty of advantages in its own right. The one used here is mostly unremarkable. Still, the middle frame feels pretty sturdy and has a decent shiny finish on it. 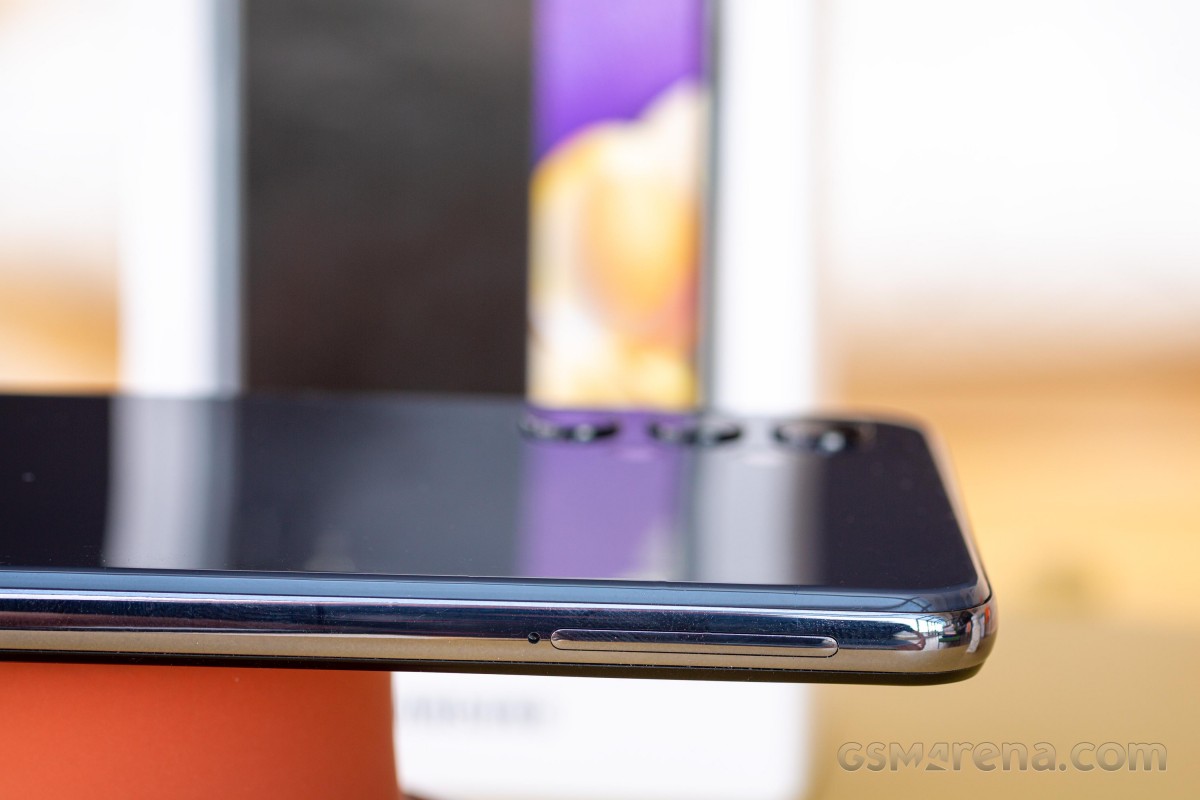 The back panel is even less eye-catching. The surface is a grease magnet. Plus, it doesn't feel as sturdy as the middle frame. This is mostly because there is an air gap on the inside between it and the phone's internals. Tapping on it makes it clear there is a hollow cavity underneath. And if that is the case indeed, we have to wonder why Samsung didn't try a bit harder to reduce the pretty big 9.1mm profile of the A32 5G. 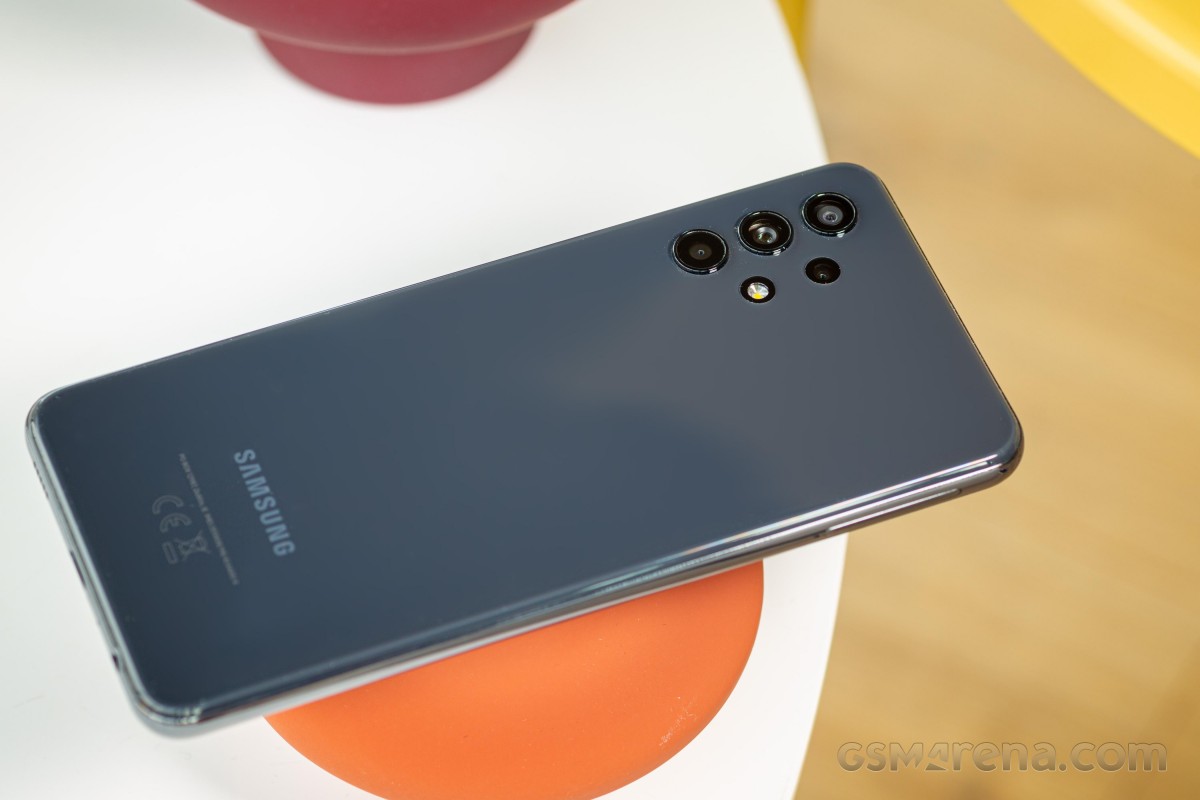 On a more positive note - at least the main cameras don't stick out too bad, which makes sense on a thicker device. And even though the materials are not particularly sturdy here either, we appreciate the addition of tiny lips around the camera pieces, so the glass does not directly rub against surfaces.

The thick bezels all around the 6.5-inch display are an instant giveaway for the budget nature of the A32 5G. A feeling only solidified further once the LCD, HD panel is turned on. But more on that later. Given that the chin is already as wide as it is, we kind of wish Samsung just embraced the look and made room for the 13MP selfie camera outside of the display instead of digging into it with a shallow but still present teardrop notch. 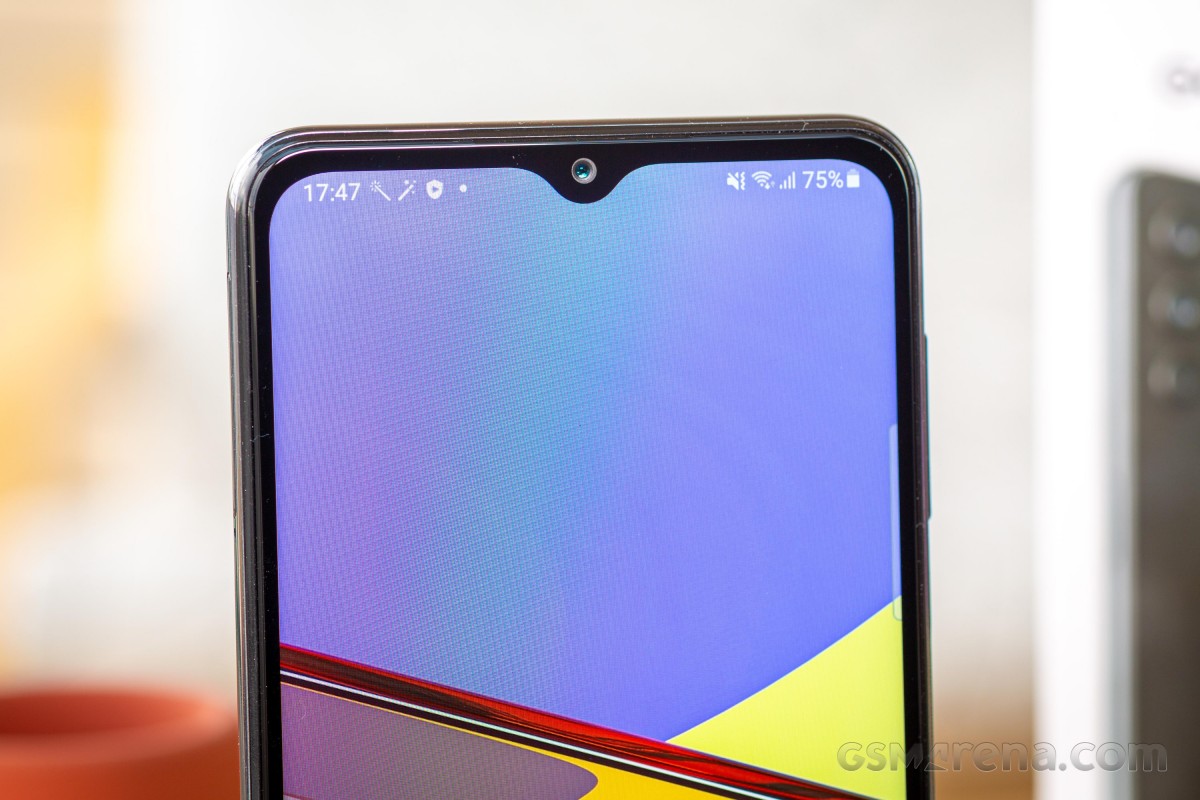 Samsung does not divulge what type of glass the front of the A32 5G is made of either. It feels smooth and has a decent oleophobic layer that makes it feel smooth and clean easily. There was no pre-applied screen protector on our unit, which is a thing on most other budget phones and an unfortunate omission. No case in the box either. 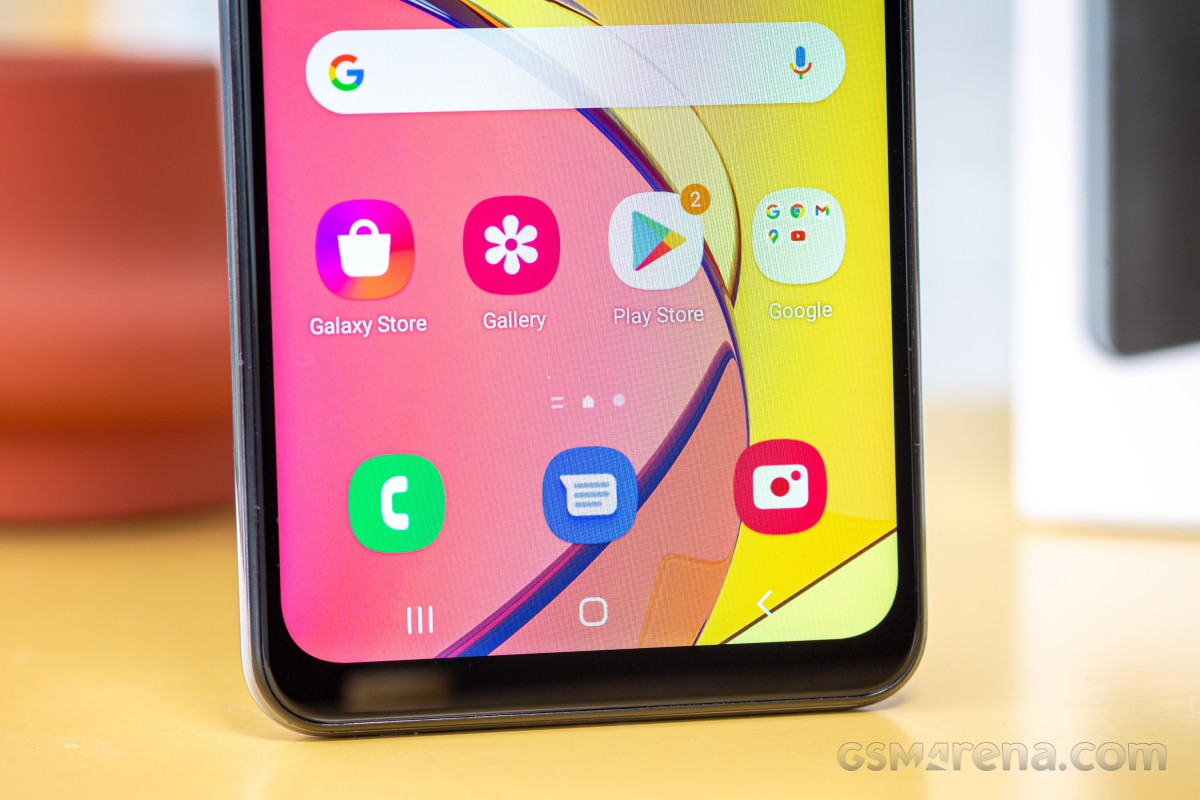 Another thing that appears to be missing from the A32 5G but is attainable in its price bracket is any form of ingress protection. There is no official rating, not even for splashes and dust. There is no rubber gasket on the SIM tray either.

The Galaxy A32 5G has a standard and quite rich control setup. Most of the I/O is on the bottom. That includes a Type-C port with a USB 2.0, OTG-capable connection behind it and 15W of maximum charging. On its sides - the singular, bottom-firing loudspeaker and the main microphone. Also - a trusty old 3.5mm audio jack. Since it often comes up - the Galaxy A32 5G does have an FM radio. A headset needs to be plugged into the 3.5mm jack to double as an antenna, as usual. 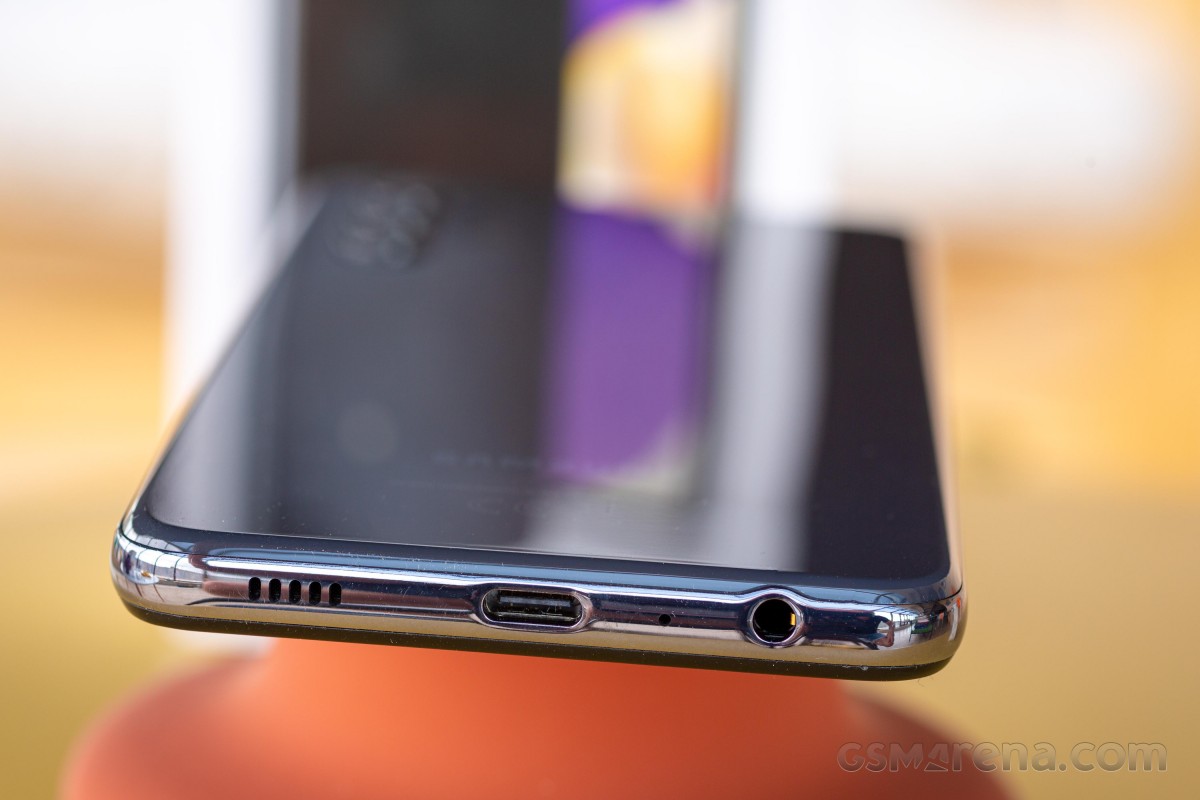 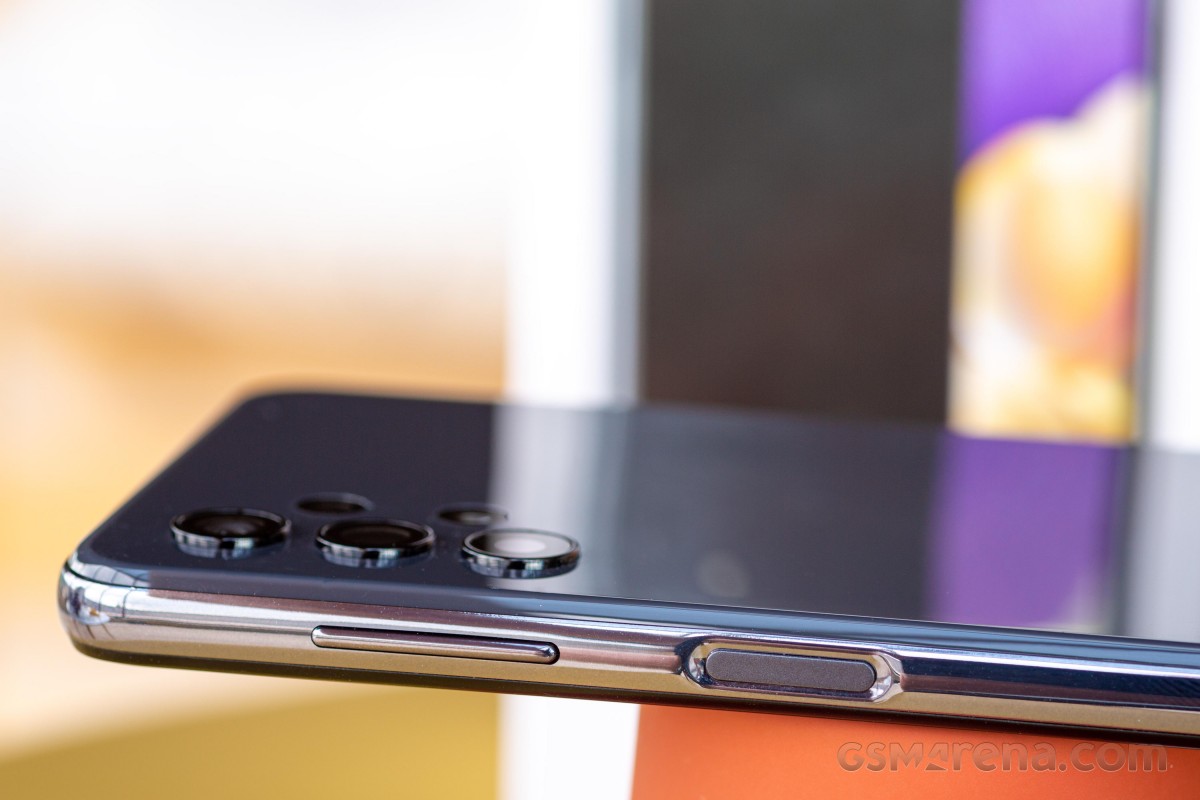 The power button also doubles as a fingerprint reader. 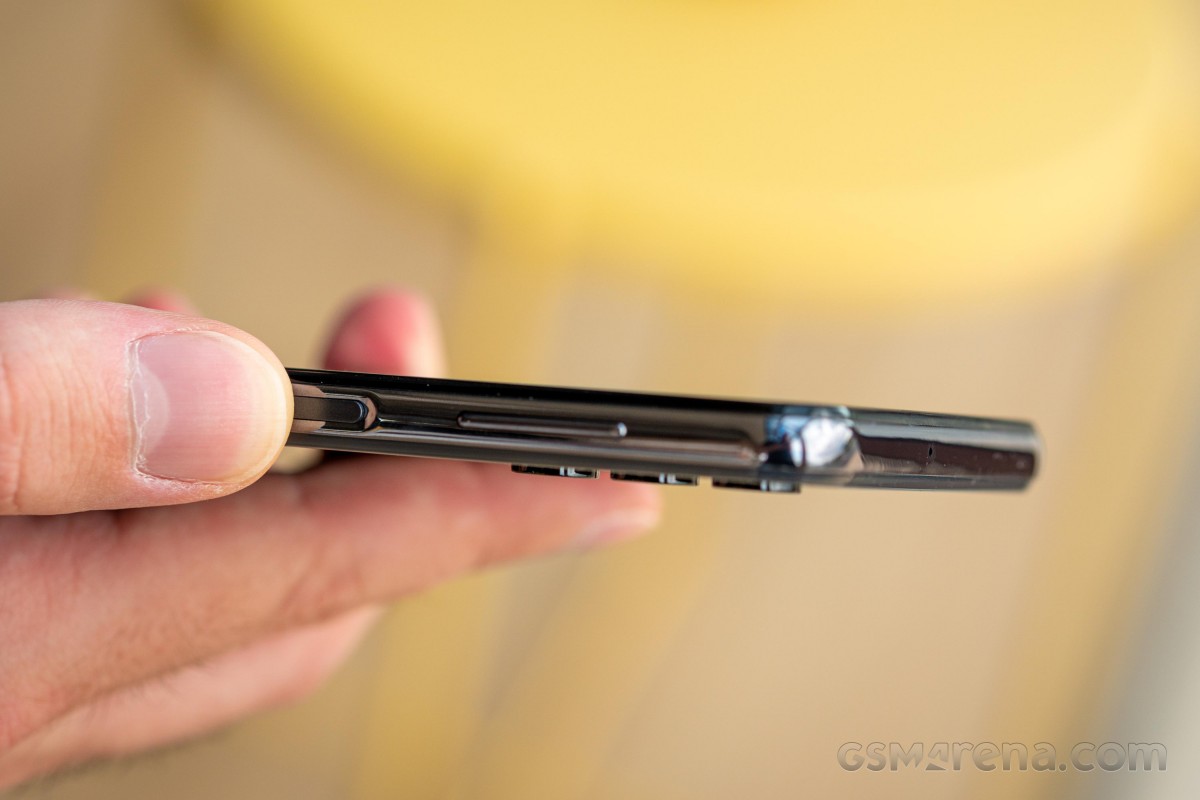 The fingerprint reader is speedy and reliable. You can also decide for yourself whether you want the reader to be always-on, which allows you to unlock without actually pressing the key, or require the press instead.

The SIM tray is on the left frame of the phone. The A32 5G exists in both a Single SIM and Dual SIM variant. You should make sure you are getting the one you want. Both of these have a microSD card slot. On the Dual-SIM model, the second tray is a hybrid affair and can either take a second Nano SIM or a microSD. 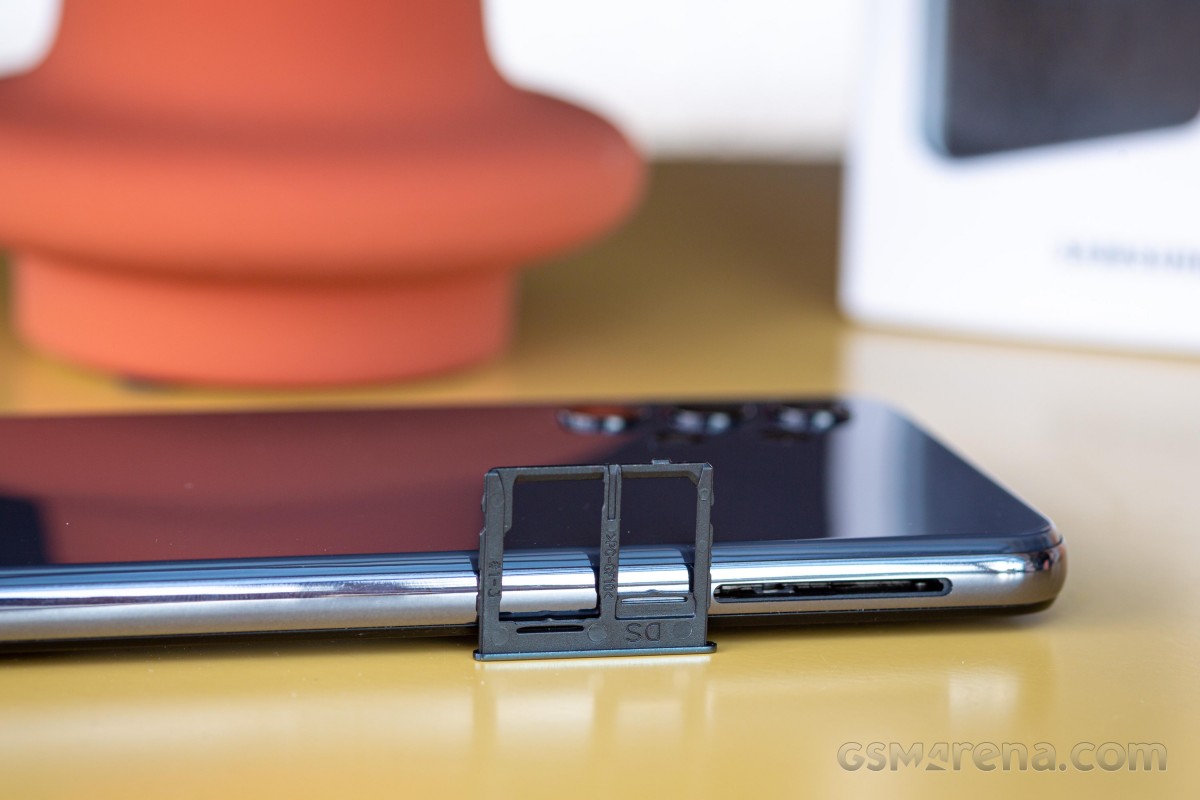 The top side is mostly empty, just a secondary noise-cancelling microphone up there. There is no notification LED on the Galaxy A32 5G. That's kind of the norm nowadays, rather than an exception, though.

seems like a good phone to me. does all that they said it would and it is inexpensive.