The Galaxy A40 comes in an all-plastic body with and in Black, White, Coral and Blue colors with the latter being the one in our hands. Samsung says it has a 3D Glasstic back but in our experience, that's just a fancy way of saying it's a plastic surface, which has been finished to imitate glass. Sure, it really feels like glass at first but you will start to recognize it for what it is over time. 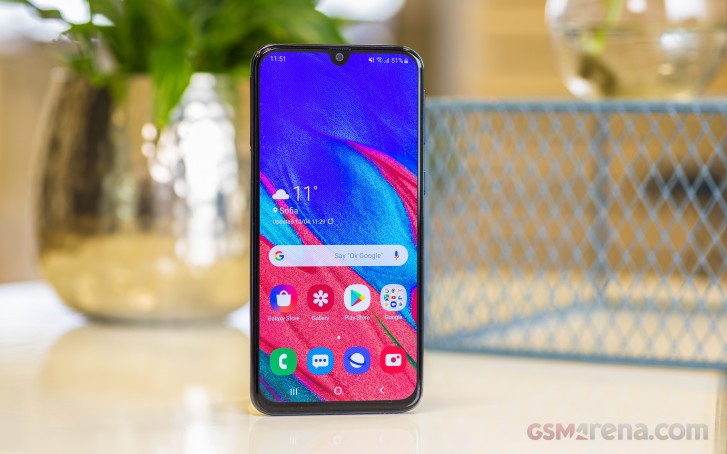 The blue variant that we have looks more like gray at a certain distance and when you look at it from an angle, you start to see a subtle gradient, which changes colors much like the ones you'd see from a spilled oil on wet asphalt. Also, fingerprint smudges stick quite easily but aren't as prominent. 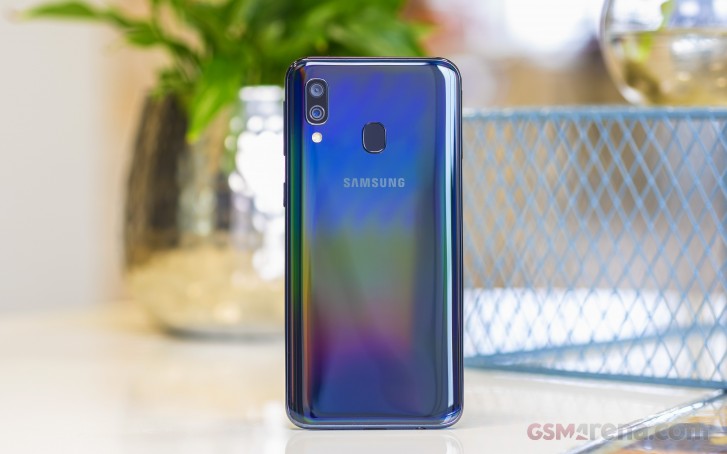 The Galaxy A40 lies well in the hand thanks to the slightly rounded sides of the back panel. The curves help a lot with the grip and overall aesthetics. And except for the slightly protruding camera module and fingerprint scanner, the back design is pretty clean.

The fingerprint reader works very well - it's blazing fast and accurate with the only thing slowing it down is the screen unlock. Just a brief tap on the scanner is needed for your finger to be recognized but it takes some time for the phone to unlock. Our only complaint concerns the positioning of the sensor - if it was just a few millimeters lower, it would have been perfect. Users with a tad bigger hands won't mind, though. 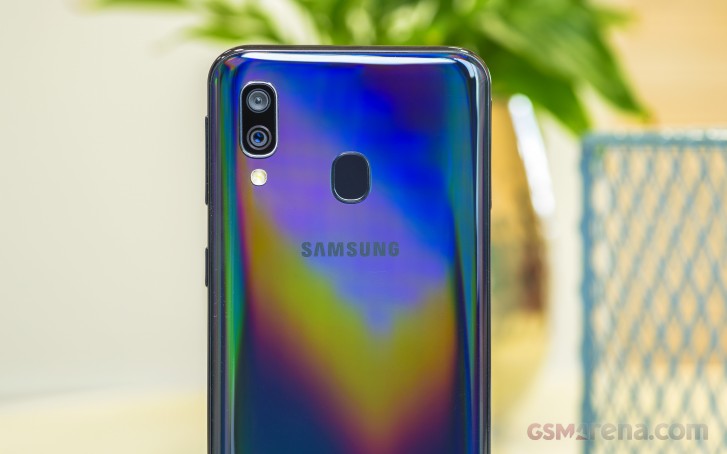 On the front, we see a slightly curved to the edges glass panel improving the feel and grip even further. We also noticed that the bezels are impressively thin, including the top and bottom ones. Samsung managed to squeeze in a 5.9-inch panel inside a pretty small package. For reference, the A40 is just 2mm taller than the high-end Galaxy S10e and it's just as wide while offering a 0.1-inch bigger display.

And the notch isn't all that obtrusive, although a bit deep. Perhaps the 25MP sensor on the front required a bit more space. 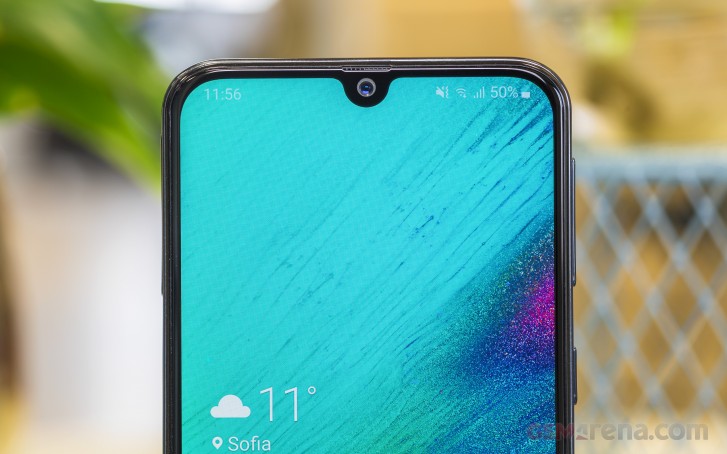 The side frame of the handset is still made of plastic but the color and the overall feel make it look like it's made of metal. The volume rocker and the power button are on the right, with the latter positioned lower than the other and it's easy to reach. On the other side, we find the SIM card and microSD card tray. 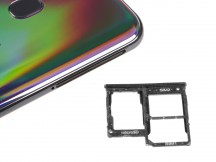 The bottom accommodates the speaker grille, 3.5 mm audio jack and the USB-C port used for charging and data transfer. The main microphone is there too whereas the noise-canceling mic is located on the top side. 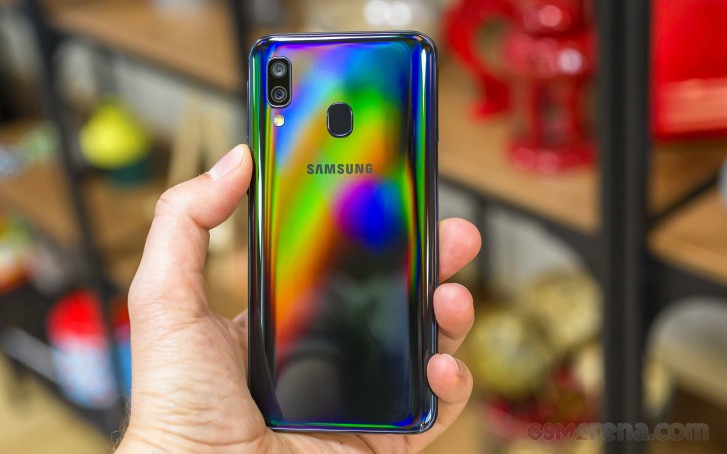 Given the size and the materials used for the Galaxy A40, it's not surprising to see that it weighs just 140 grams. And as we said earlier, it's super easy to handle with one hand and it somehow doesn't feel as slippery as a normal glass sandwich phone would. The upside in all of this is that the plastic is less prone to breaking but scratches are easier to appear when placed on rough surfaces, so keep that in mind.

Here's a 360-degree image of the Galaxy A40 to get a better understanding of its overall design.

I currently have this phone. It is by far the worst phone I have ever owned. I normally like Samsung products, but this one they should be ashamed of. 50 percent of the time, it's telling me there is no SiM card. My list of complaints is too lon...

Thanks for answering. Will keep an eye on my phone when charging.

Can you overcharge the SG A40