Samsung's A-series accounts for about half of the company's new phone announcements this year - at some 13 models and counting, it's not easy picking just the right one. We had reviewed the A30 through A80 with one notable omission and the Galaxy A60 arrived to fill in that gap.

To further complicate things, the A60 is remarkably similar to the M40 - identical, one would say, save for some minor differences in LTE bands and the M40's lesser 4GB/64GB base option (the A60 is only available in 6GB/128GB trim, which you can get on the M40 for a small premium). Then there's the fact that the A60 has been launched in China and Hong Kong first, with a global version also supposedly available, but we're yet to spot one listed anywhere. We're reviewing an SM-6060 model number, a Chinese version, but our findings here can safely be extended to the global one (SM-606F) and to the M40 too. 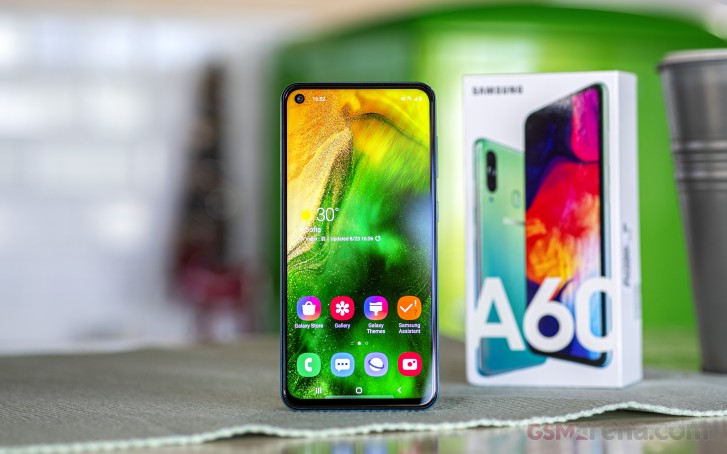 With the A60-M40 relationship mostly cleared up, it's no wonder that the A60 isn't necessarily superior to the A50, even though the model names could lead you to believe that.

Much like other A-series phones, the A60 comes in a white box with a gloss, color print of the handset on top. Inside the package we got with our China-bound review unit, there was a Samsung charger of the most popular type (you know the one, the Adaptive fast charging unit, rated at 9V/1.67A and 5V/2A) and a USB-A-to-C cable to go with it. 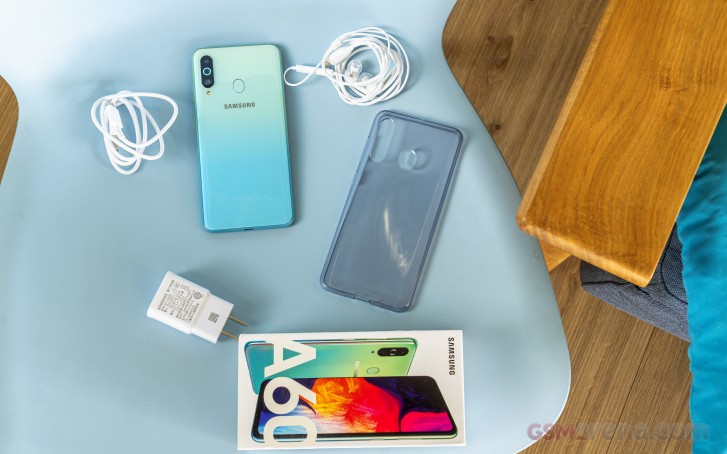 A headset with a USB-C connector was also part of the bundle to hopefully make you feel better about the lack of a 3.5mm jack. A clear silicone case completes the list of important items.