The Galaxy A refresh has begun and the A51 and A71 are headliners of this new generation. Punch-hole appears to be the buzzword in this new series, though you should expect updated chipsets and cameras as well. And the Galaxy A71 has all these, topped with new Android and One UI.

Indeed, the Galaxy A71 seems to be packing just enough to warrant its upgrade status over the A70 - a smaller notch, a newer chip, a higher-res and higher-count camera setup, and newer Android and One launcher. 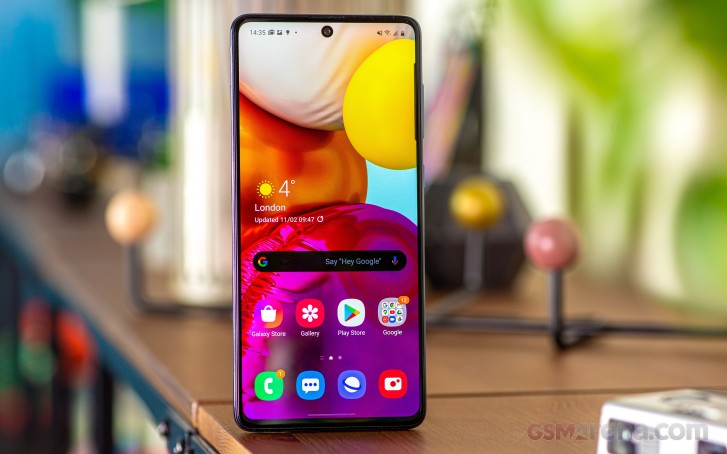 On the other hand, Glasstic is still the way forward for the Galaxy A lineup, and waterproofing is still not in the cards. The large 4,500 mAh battery and fast charging are going nowhere, so that's good. 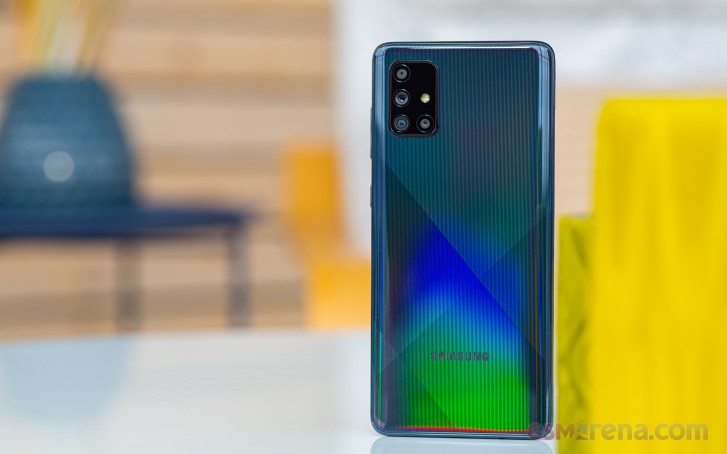 The Snapdragon 730 has become somewhat of a celebrity in the midrange and the new Galaxy A71 has it, so as far as gaming - Samsung has you covered. Then the 64MP camera, which seems to be the next big thing, is now on the A71, too. Oh, and a macro snapper, one of the hottest features right now (not), is now part of the A71 as well.

We do appreciate the smaller notch on the AMOLED screen, but an HDR10 certification would have made the upgrade far more meaningful than a handful of pixels. Then, that Snapdragon could have been the 730G model, too. And that macro camera - without autofocus it's useless and we won't get tired of saying that.

Good or bad, we won't know until we unbox that Galaxy A71, so here we go.

Unboxing the Samsung Galaxy A71

The Galaxy A71 comes in a compact paper box, but it's full of stuff. In addition to the phone itself, you will also find a 25W charger, a USB-C-to-C cable, and a pair of in-ear Samsung headphones with a mic. 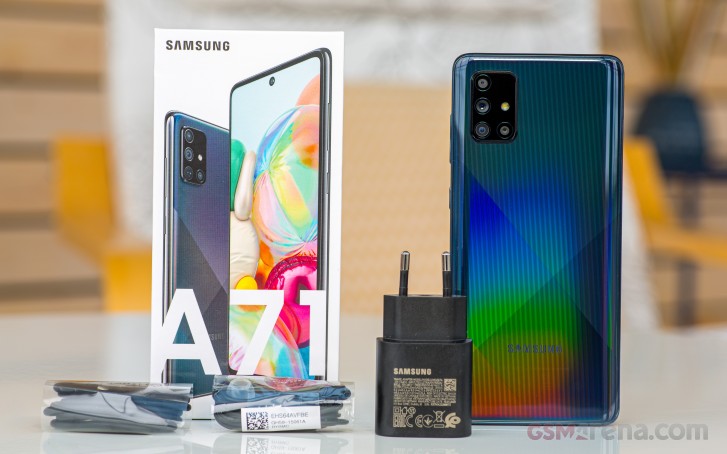 The A70 was the first Galaxy to use a USB-PD charger and it's going to stick around, apparently. If you are looking for the SIM ejection pin, look no further than the box cover - just flip it and you'll see it on the inside.

having used the phone for more than 1 year, i can say the phone response is quite slow, especially on the fingerprint recognition. always cannot recognise and says wrong print. 10 times i scan my fingerprint, at least 4 times i need to key in my pass...

I have had my Galaxy A71 5G SM-A716U for 4 months now and it has it's ups and downs. Have not experienced any overheating even when running Spotify at work for 8+ hours with 1 bar of 4g service. Among that and social media my battery life i...