The main camera on the back of the Galaxy A71 has quite the history already. When it premiered on the Galaxy A70 it were a 32MP+8MP+5MP setup. Six months later came the Galaxy A70s with 64MP+8MP+5MP. And now the Galaxy A71 upgrades this arrangement with a high-res ultrawide shooter and adds a 5MP macro snapper to the mix.

So, the Galaxy A71 packs a quad-camera setup that starts with a 64MP Tetracell (Quad-Bayer) main unit - Samsung ISOCELL Bright GW1. Then there's a 12MP ultra wide-angle cam, an upgrade over the 8MP ultrawides Samsung's been fitting on the previous Galaxy A phones.

The A71 also features a 5MP macro camera, and finally there is a 5MP depth sensor.

There is a flash, of course, and it's made of a single-LED. 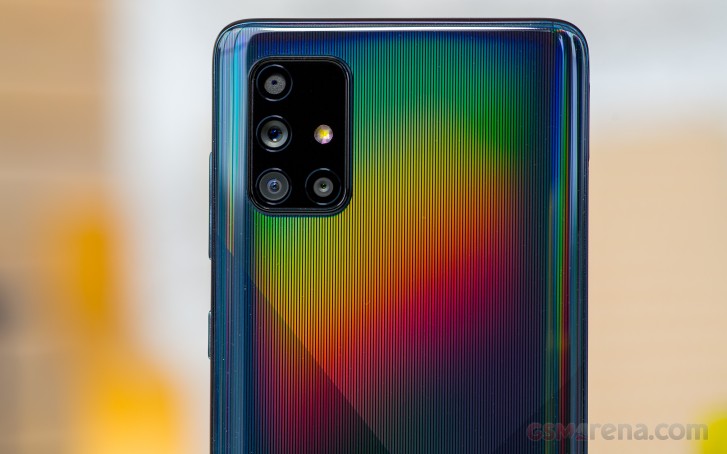 Over on the front, within the punch hole, sits a 32MP Quad Bayer selfie shooter.

The camera app is the same you'd find on every Samsung with a few minor design tweaks introduced with One UI 2.0 like the larger font for the modes and the outline for the selected mode as opposed to the solid bubble of before.

Functionally, it's mostly identical to any other camera app out there. Swiping left and right will switch between all available modes, and there's also an option to re-arrange or remove some of the modes from the viewfinder. Vertical swipes in either direction will switch between front and rear cameras.

The settings icon is located in the upper left corner of the screen and gives you fine control over the cameras. The usual stuff like video resolution, grid lines, location data, etc., can be found there. You can also turn on and off the Scene optimizer and set the HDR to auto or manual. Meanwhile, right in the viewfinder, you get an aspect ratio selector, which is how you can engage the 64MP mode - 4:3H as opposed to the 16MP 4:3 non-H.

There's a Pro mode too, but as we've come to expect from the company's midrangers, it's not very Pro. You can only choose ISO (in the 100-800 range), exposure compensation (-2/+2EV in 0.1EV steps), and white balance (by light temperature). There's no shutter speed selector or manual focus.

The Galaxy A71 main camera shoots nice photos, though it doesn't excel in any particular area. The detail is enough but abundant it is not. The dynamic range is very good, but it is boosted by the Auto HDR and when it has triggered, some fine detail is lost in the process.

The contrast is good, and the colors are lively and saturated but luckily - not over the top. The noise reduction is good, too, and it seems to know when to stop, though some grass or other intricate detail could still end up eaten by it.

Overall, the default 16MP photos are very good and for a mid-ranger, albeit an expensive one, it's enough.

If you disable the Auto HDR, you may get more detail in complex areas at the expense of lower dynamic range. And sometimes that's a deal you should make.

There is a 64MP shooting mode. The process of making a 64MP image from a Quad-Bayer sensor is called demosaicing or de-bayering and it renders good results on the Galaxy A71 all things considered. Nevertheless, the real world benefits over the 16MP photos are minor, especially when you consider that can't use Auto HDR or Scene Enhancements in this mode.

The new 12MP ultrawide camera is a notable upgrade over the old 8MP shooter in both resolution and picture quality. There is more detail, better sharpness, the dynamic range is boosted by the Auto HDR, the colors are punchy, and the noise is kept low.

And, of course, the 13mm lens allows you to fit a lot in the frame and the automatic lens correction does a good job in straightening some buildings.

Now, let's look at some 5MP macro shots. The ones we've selected here look good enough, though we've seen macro shooters (Redmi Note 8 Pro and K30) do much better in capturing otherwise invisible detail to the naked eye. The 5MP "macro" camera has a fixed focus at about 5cm and if you don't get the distance perfectly right (and we meant it - perfectly!) - the images will be blurred as most of ours turned out. In fact, for each scene, we had one out of six photos, at best, with correct focus.

The 16MP low-light photos we took with the main camera are soft, but the colors are preserved, and the noise is kept low. Most of the highlights are blown though, and that's why we'd advise you to use the HDR or Night mode.

The Night Mode crops the photos down to their 12MP center, but it not only restores the blown highlights, but it also pops more detail in the shadows and the skies. It takes a second or two for the image to be captured and saved, so we'd suggest using the Night Mode whenever possible.

The 12MP ultrawide shots are not bad at all. Sure, they are noisy and less detailed than the regular ones, darker, too, but are still among the better low-light snaps we've seen from such type of cameras.

Night Mode is available for the ultrawide camera, too, and it should be used all the time. It makes for much brighter images with more detail and less noise.

Once you're done with the real world samples, head over to our Photo compare tool to see how the Samsung Galaxy A71 stacks up against the competition. 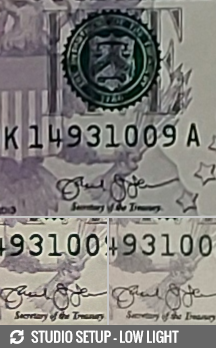 The Galaxy A71 shoots good portraits. Subject detection and separation are very good, and the blur looks just right at its default 5/7 setting (which you can adjust pre- or post-shot). HDR is also available in Live Focus mode, which isn't a given for all phones' portrait modes.

For whatever reason, the A71's selfies come out at 12MP, as opposed to the logical 8MP that the 4-to-1 conversion we've come to expect from Quad Bayers would give. It's an approach we saw on the Galaxy A60's main rear cam, on the Galaxy A70 front and back, and on the Galaxy A51 selfie shooter, so it's not new at all. We'd say that the phone does the binning from 32MP to 8MP and then upscales to 12MP to make for a better sounding number. A 32MP mode is also available but comes with no HDR, so we would steer clear of that.

The images turned out okay in the end with nice colors and wide dynamic range. The detail is quite good as far as selfie cameras (and upscaled images) go too.

By the way, the selfie camera offers normal (wide) and close (zoomed) mode, though with just one front camera, the "zoom" is achieved by cropping the center from the (already upscaled) 12MP shot and the result is a "zoomed" 8MP photo.

Portrait mode is available, and it works reasonably well - we didn't experience any blunders in processing (chopped ears are our favorites), and HDR is present, so we'd happily use it.

Finally, you can use high-resolution mode in the selfie mode, too, for your reasons unknown.

The Galaxy A71 records videos up to 2160p resolution with the main snapper, the ultrawide, and even the selfie camera. Oddly enough, none does anything at 60fps.

The 4K videos get a bit rate of about 48Mbps, while 1080p makes do with 17Mbps, and those numbers are the same for both cams. Audio is recorded in stereo at 256kbps.

The main camera shoots some excellent 4K and 1080p clips for the class. The resolved detail is more than enough, the dynamic range is very decent, and the contrast and colors are great despite the not-so-pleasant weather.

The ultra wide-angle camera also gets praise for its dynamic range and contrast, though the captured detail is a bit lower and the colors are slightly washed out.

Video stabilization is available only at 1080p resolution, in both of its rear cameras and it works peachy. The Super steady is basically an action-like camera mode and it does a great job at stabilizing shaky footage, like this one time when we the reviewer ran on the balcony and almost tripped on the tripod.

Here's a glimpse of how the Samsung Galaxy A71 compares to rivals in our Video compare tool. Head over there for the complete picture. 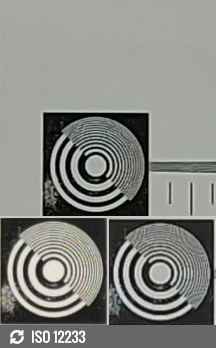 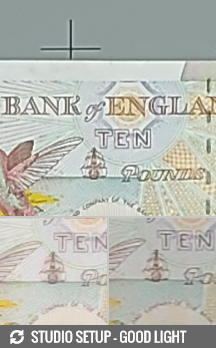 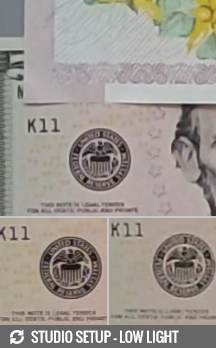 Same boat Dan..i honestly felt i was d only one...

This phone has the worst network reception (my father gave me due to this problem (reverted back to his Galaxy Note 8), i used Mi 9T Pro currently and had signal from my house but this phone only had "emergency call only". So sad, vry pricy...