Samsung has announced the hero members of its Galaxy A mid-range line for 2021 yesterday - the A52 and A72 (and A52 5G). But the company is apparently not done with the A-series for the moment, as it's also working on launching the Galaxy A82 at some point in the near future.

The Galaxy A82 skips a generation and follows in the footsteps of the Galaxy A80 from 2019, and that phone had a very innovative way to let you use the main cameras for selfies - by swiveling to the front. Or popping up to the front. Whatever you want to call the system, it's not something we see very often. 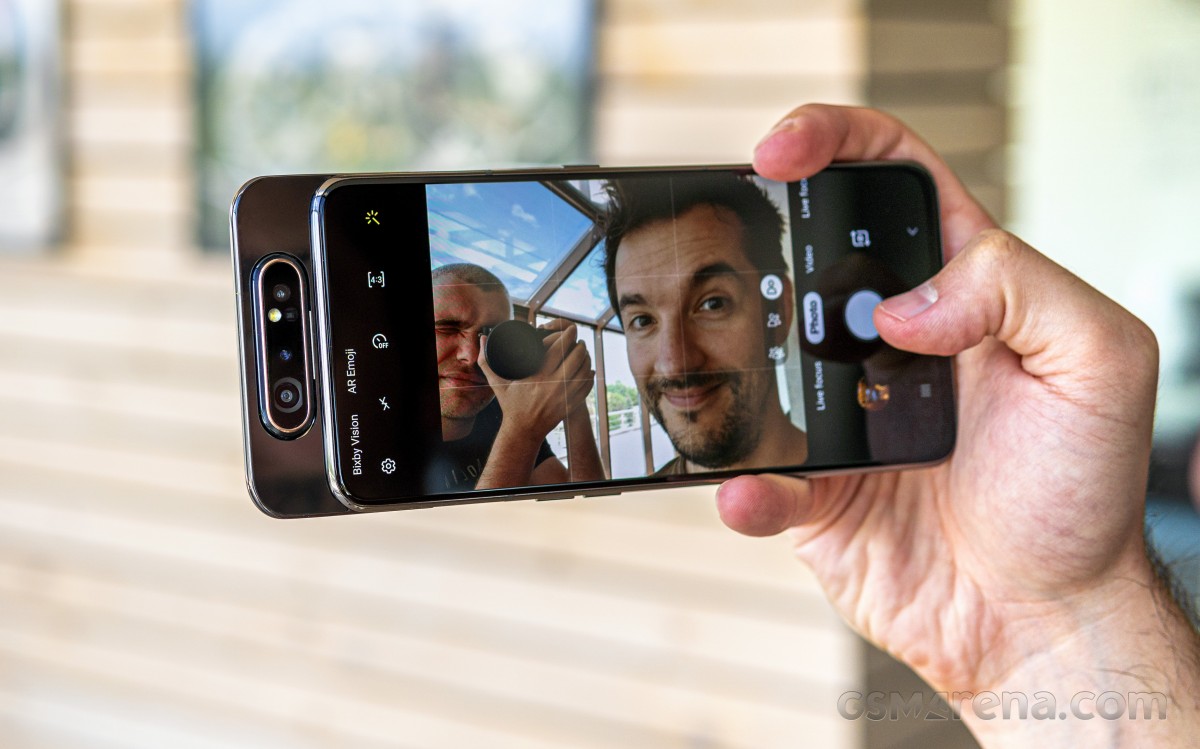 It's still unclear if the A82 will use a similar setup, but according to a new rumor its main rear camera sensor will have 64 MP resolution, just like the A52 / A52 5G / A72. That said, the sensor used for the A82 is from Sony not Samsung itself, and it may be the IMX686.

A past benchmark run revealed that the Galaxy A82 is most likely using the Snapdragon 855+ chipset from two years ago. A high-bin version of this might get rebranded as the Snapdragon 860 and sold this year as the highest performing 4G chip in Qualcomm's stable, although the 860 still isn't official.

The Galaxy A82 looks likely to initially arrive in South Korea, and it's still unclear if it will get a global release after that. In Korea, expect it to have a quantum random number generator chip inside, just like the Galaxy A Quantum launched over there last May.

Samsung Galaxy A52 in for review

Apt observation... But as also investing large amount in 4g phones is not wise now when 5g options already clamour attention of mobile buyers. Investment in low budget in 4g phones advisable and later go for kill when 5g mobile becomes the order.

What camera issues on the A80?