With the Galaxy S III busy grabbing the headlines, a midrange smartphone has been making its way to a number of markets without much fanfare. But you can bet the Samsung Galaxy Ace 2 won't settle for the role of just another sequel. It has a chance to prove the Galaxy S III is not the only superhot smartphone Samsung has released this season. 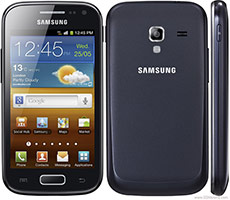 And it's going to use it. Aiming to deliver 90% of the benefits of its extremely popular sibling for a fraction of the price, the Samsung Galaxy Ace 2 plays to the company's strengths and might turn out to be one of the unsung heroes of the year.

Dual-core might not be top-dog material in the Android realm any more, but it's enough to run virtually all apps and give you a nice smooth sailing around the interface. The entrance of ST-Ericsson in the smartphone race has enabled Android OEMs to make sub-€250 smartphones, with specs that would be considered high-end on any other platform. Now who would say no to a bargain like that?

The recent crop of inexpensive but reasonably powered droids also answers another criticism Android has been facing lately - that it fails to offer performance in a compact package. Sony was first to up the ante with the Xperia U and now Samsung is ready to rise to the challenge.

The Koreans have stepped up the pricing of their smartphone a bit, but they are willing to throw in a larger screen and expandable storage, so it's going to be a pretty tough pick between those two. Let's waste no more time then and get down to testing - the answers should be coming as the review unfolds.

of course not, i'd kill it

Please remake this mobile because this phone is very best of the best.