For the second year in a row Samsung introduced TWS earphones alongside its foldable smartphones. The August 10 event saw the arrival of the Galaxy Buds2 Pro, the successor of last year’s Galaxy Buds Pro.

We spent a bunch of time testing those and here goes our review. The first thing you'll notice is that Samsung managed to lower the weight and removed the glossy finish, making the Buds2 Pro both more comfortable and more attractive. 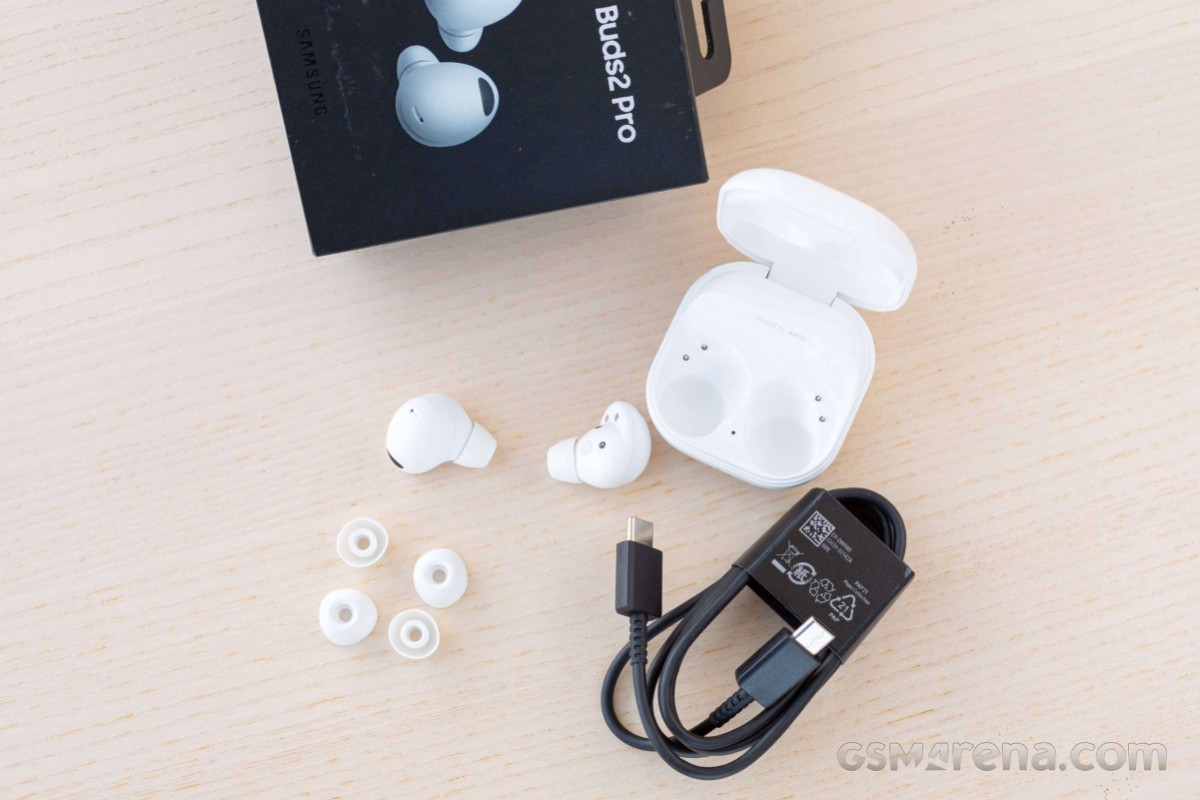 The case for the earbuds is square and unlike previous versions, the color on the outside matches the one on the inside. There are three color options - Bora Purple, Black, and White, and we got the third one, which looks sleek if not particularly impressive.

Both the case and the buds feel lighter in the hand, the numbers do not lie. The slots for the individual buts are rotated a bit, but there are strong magnets that take care of aligning them. There are two pogo pins for each bud in its nest.

The battery capacity of each bud is 58 mAh while the case is 500 mAh. The total increase is minuscule - under 3%. However due to superior optimizations the Galaxy Buds2 Pro can provide whopping 8 hours of listening experience on a charge.

Turning the ANC on cuts that to five hours as per official numbers, but our tests showed they can go close to 6 hours in this case. We also tested the earbuds with the Ambient Sound turned on and it provided a strong 5-hour result, but we can't see anybody using this mode for prolonged periods - it's just too overwhelming.

Battery life is definitely better, but what about charging time? The whole package of 616 mAh charges from 0 to 100% in 75 minutes with a proprietary USB-C cable. There is also wireless charging with any Qi-certified charger, but it takes over two hours to top up the battery - we made several attempts, but our best result was 125 minutes.

Samsung knows you can’t have big battery life and a massive woofer or tweeter, so it decided to go for the former. Music on the Buds2 Pro sounds flat without much bass. On the upside, music clearer and individual instruments are well defined, but the missing bit of the range takes a bit from the sonic experience.

Active Noise Cancellation is also improved, and it is the best Samsung has ever delivered yet. There are still three modes - ANC, Off, and Ambient Sound, but the 3-mic array does a better job of picking up external sounds and cancelling them. And with in-call cancelation talking on the Buds2 Pro sounds much better than the phone itself. 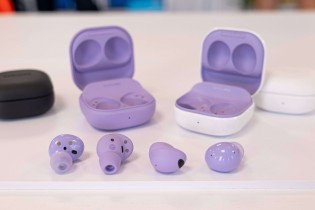 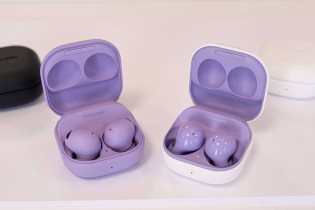 We also loved the Voice Detect feature that turns off ANC and activates Ambient Sound if you starts speaking. A long press on any of the buds can also turn on the ambient sound for the time of pressing when there is an announcement you want to catch at the airport or the train station.

The touch controls work flawlessly. We know some users do not use them but those who do will be happy with the simplicity. There are several options, including one tap for Play/Pause, two or three taps for controlling music and podcasts, and tap and hold for calls, and all of them are customizable. 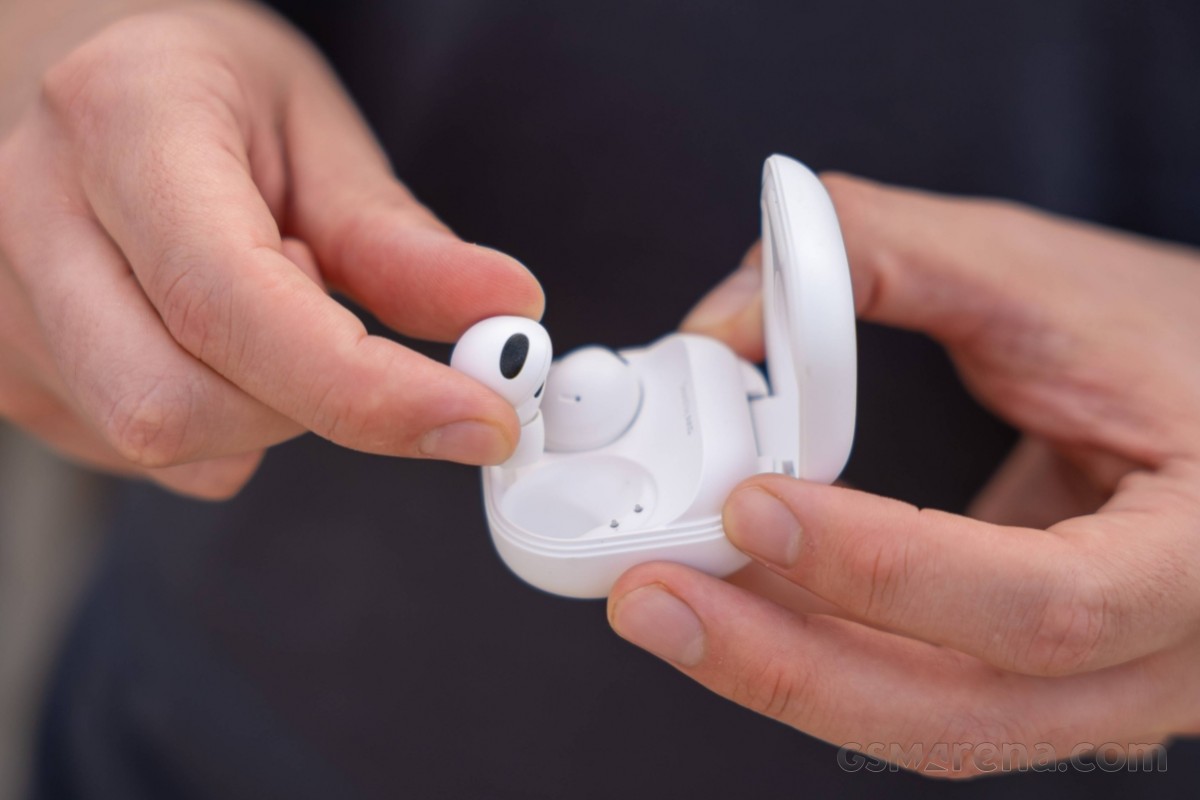 The earbuds themselves have an equalizer, which can help you adjust the audio experience, but can't really do much to fix the lacking bass. The Galaxy Wearable app also offers controls for features such as neck stretch reminders, reading notifications aloud and ambient sound during calls to allow the speaker to hear themselves.

The size of the Buds2 Pro is decreased by 15%, compared to the Buds Pro. Each bud weighs only 5.5 grams and putting one in the ear is easy. The accompanying app also has an earbud fit test option that plays test tunes to establish whether the fit is the right one. We also appreciate the IPX7 rating for submersion up to 1 meter of fresh water, which gives us extra peace of mind during sweaty workouts. 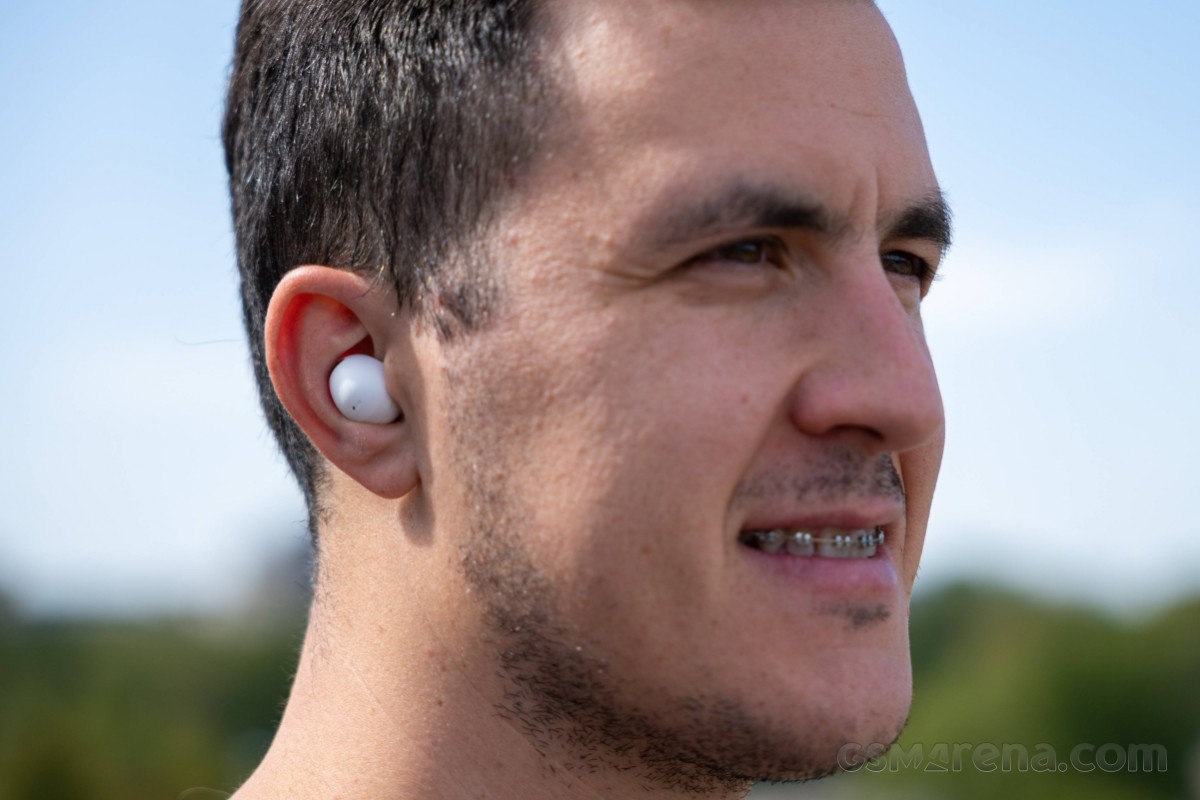 But it gets you extremely comfortable TWS earphones with long battery life and stylish looks. The extra money is definitely worth it for people, who value those and would appreciate some well performing ANC.

Airpods are more overpriced. Clearly a lot of people say that Samsung and Sony TWS sound better than AirPods, however I do agree that the ANC of the new Airpods is in a league of its own.

Are you an expert in manufacturing? You want chip stuff, buy from China! After they buy the entire world because you gave them all money in the world chasing cheap....