Samsung introduced the Galaxy F52 5G a couple of days ago, and it will introduce the Galaxy F42 5G soon, which has been certified by the Wi-Fi Alliance, moving it a step closer to the launch.

The Galaxy F42 5G's Wi-Fi Alliance listing doesn't include its key specs, but the certifying authority does confirm that the smartphone, sporting model code SM-E426B/DS, will support 2.4GHz and 5GHz Wi-Fi connectivity. That's hardly a surprise, though, since dual-band Wi-Fi connectivity isn't uncommon in modern-day smartphones. 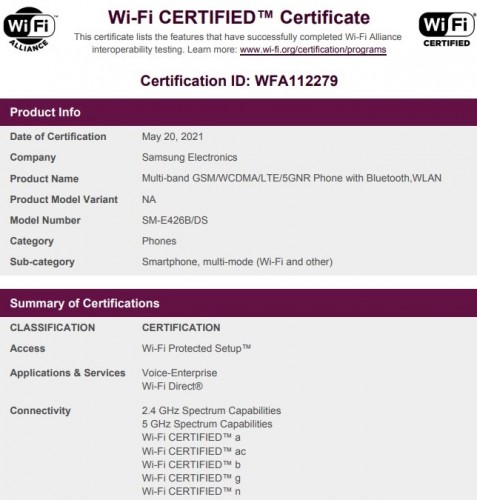 That said, if rumors are to be believed, the Galaxy F42 5G won't be an entirely new smartphone. Instead, it will be a rebadged Galaxy M42 5G announced last month. And if that's true, it will come with a Snapdragon 750G SoC, 6.6" HD+ Super AMOLED screen, in-display fingerprint reader, and 5,000 mAh battery with 15W charging. 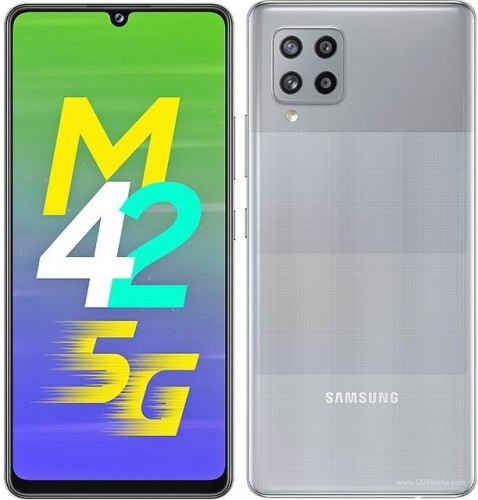 The smartphone will run Android 11-based One UI 3.1 out of the box and have a total of five cameras onboard - a 20MP selfie shooter inside the notch, with the 48MP primary camera on the rear joined by 8MP ultrawide, 5MP macro, and 5MP depth units.

As usual, these corporate giants want to save every penny on production cost & yet overcharge their customers as much as possible. Also, replacing tapes & pull-tabs with glue is not good for consumers, as it makes phones harder to repair...

True. I lost my interest..