Samsung has launched the Galaxy F41 in India. The phone has a big battery, Exynos 9611 chipset, and right now is the only device in the Galaxy F lineup. This is likely going to change soon, as a Samsung Galaxy F62 is on its way, according to a leakster and a leaked benchmark scorecard.

The Galaxy F62 will be the marketing name of the Samsung SM-E625F, a phone that appeared on Geekbench with an Exynos 9825 chipset. 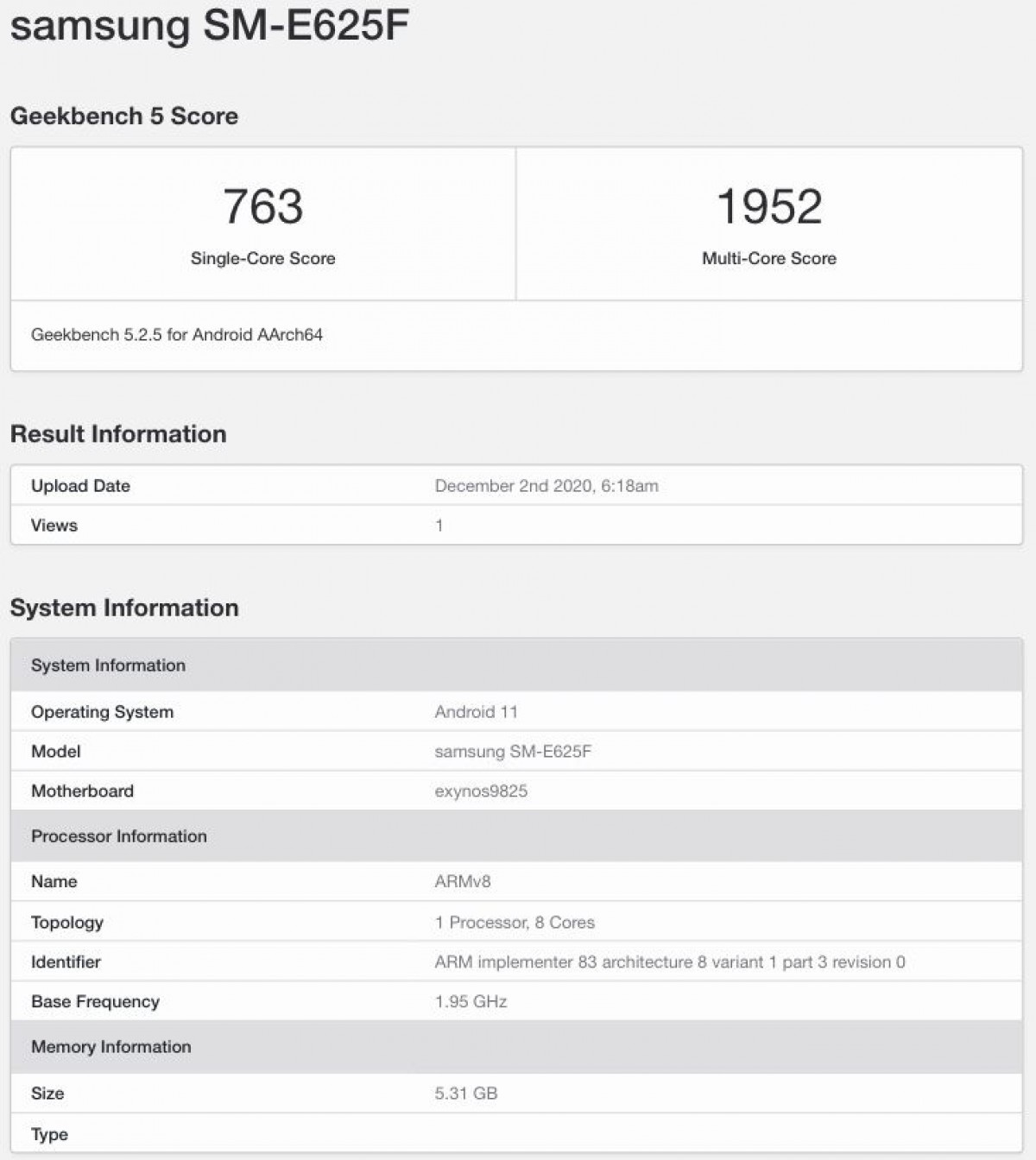 The benchmark scores are in line with the Exynos 9825-powered Galaxy Note10 so nothing too surprising. Geekbench also reveals the Galaxy F62 will come with Android 11 out of the box, becoming one of the first Samsung phones to do so.

The tipster did not reveal whether the Galaxy F62 will escape India or will remain market-locked as its sibling Galaxy F41. We should find out more about that soon, though.

what the point of all that insane power if you dont even play games?? whats the use

Ahem what the heck is F line??? We have A line S line Z line Note line were cancelled but i dont see reason for an F line if the A line is equally same.