One of the main changes brought by the Samsung Galaxy Z Fold3 from last year was the under-display selfie camera, and Samsung aims to further improve it on the Fold4. A Twitter tip that has been deleted since reveals a slide from an official presentation outlining the advancements in the area.

The new approach is to use scattered subpixels, improving the resolution of the screen above by around 40% - pixel density will go from 94 ppi to 132 ppi. 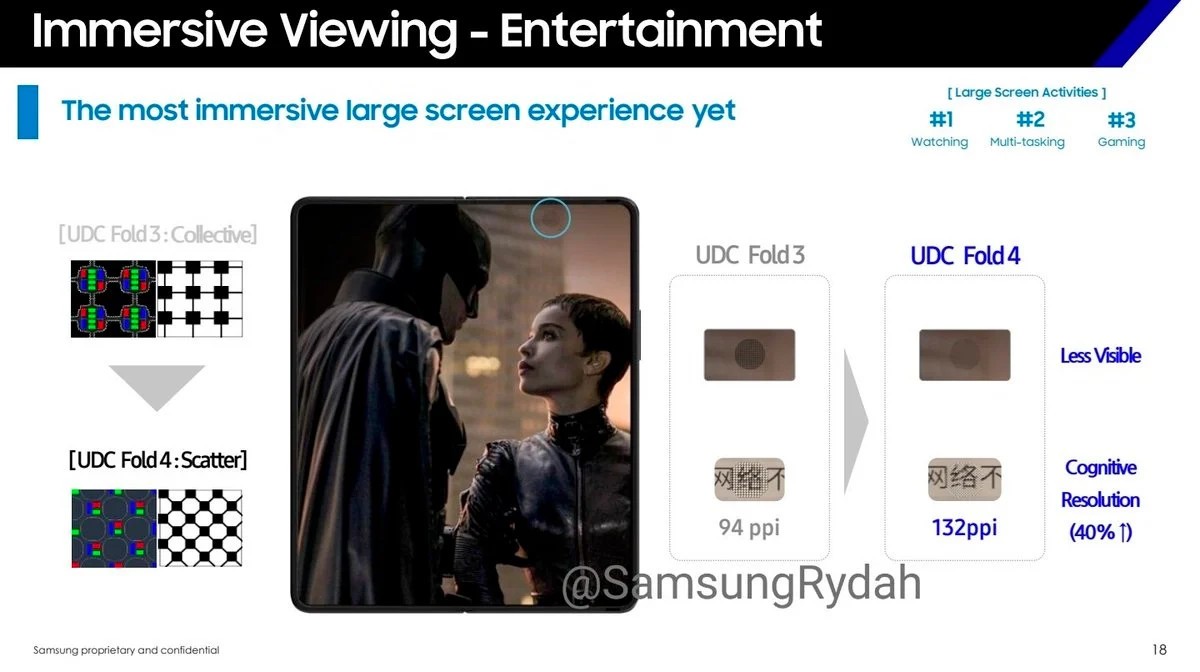 This would inevitably make the selfie camera less visible when there's an image or text over it. It's unclear if it will have an impact on the image quality, but that camera is mostly meant for video calls anyway. We'll still make sure to check how it does after the official release on August 10.

Most people complaining about the UDC in Fold 3 have never used it and do not understand that it is not a selfie camera. They simply ignore that there is a selfie camera on cover screen and that all rear cameras can be used as selfie cameras, too. ...

Doesn't matter. I never notice it. What about the pic quality? Any improvements there?