Samsung is flying high on the wings of its flagships success, but it hasn't turned its back on the entry-level market. The Galaxy J2 is the latest affordable smartphone by Samsung, having its sight on strengthening Samsung's push for low-end market dominance. The Galaxy J5 and the more distant Galaxy J1 were rather successful previous endeavors in this segment and history is quite likely to repeat itself with the Galaxy J2. If our readers' immense interest is to be the judge of that, Samsung is ought to pop the champagne early. 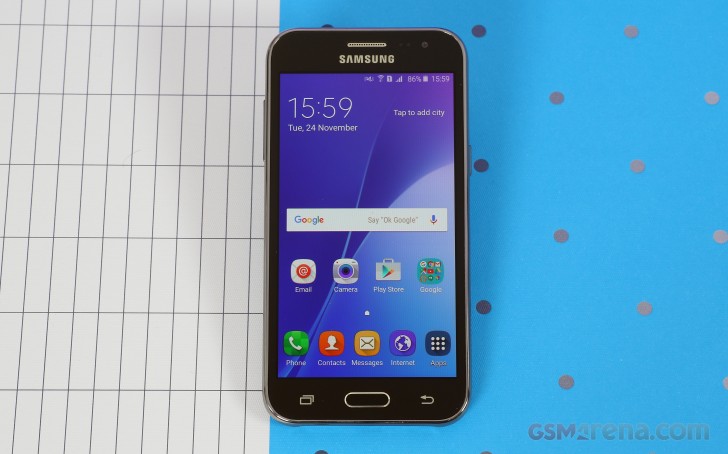 The Galaxy J2 follows a simple recipe - cut corners wherever possible, but keep user experience as solid as possible. Samsung has been in this particular kitchen far too long and this latest dish isn't undercooked.

It all starts with a solid foundation that is the in-house made Exynos 3475 chipset and 1GB of RAM. This configuration runs Android 5.1.1 Lollipop effortlessly and secures 4G data speeds - although it does skimp on the FullHD video recording. The user experience is delivered on a 4.7" Super AMOLED panel - an adequate size for a 2015 smartphone and you know us - we're suckers for AMOLED technology.

Where the Galaxy J2 falls short is the resolution of the said screen. It is a qHD one (960 x 540 pixels) and we sure hope it's not a deal breaker in this price range. Let's check out what else you're getting for the money.

The Galaxy J2 suffers from similar drawbacks as many of its competitors in the low-end smartphone market. Nevertheless, the Super AMOLED display is a welcome upgrade from the previous generation Galaxy J1. The user experience is possibly further enhanced by Android 5.1.1 Lollipop running on the modest, yet decent enough Exynos 3475 chipset. 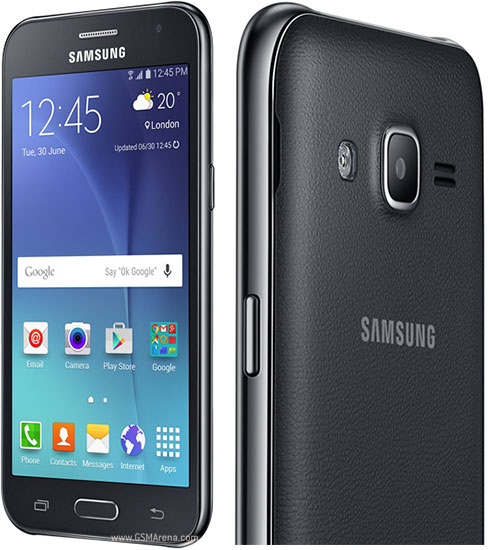 Charming customers with a solid user experience and a familiar Samsung build quality won't be enough, though. In this segment price is king and the company isn't fresh out of college to ignore that so the Galaxy J2 is competitively priced on its target Asian markets at around $125/€110.

Join us as we're about to explore the Samsung Galaxy J2 further and see if it's the bestseller in disguise some are pitching it to be.

Try downloading the app "Files by Google" It will help you in deleting all your junk files form the device.

No space for any thing