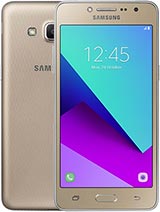 the app. took 4.5 G from the 8 G memory of the phone and the rest of space 3.5 can not stand to what we want to download . and another problem when put the SD card and move the app. its remain in the memory.So why SAMSUNG use such low memory.and why the hard 8 G is full while I download just 900 M.B .PLEASE ANSWER ME ITS MY FIRST SMART PHONE

Cavad, 12 Nov 2016I adjust but it doesnt work. I guess it is software problem... moreRemember it is on 6.0, so it may contain bugs not present in 6.0.1 (the usual Marshmallow flavour for Samsung)

aj, 12 Nov 2016Try to adjust your phone's brightnessI adjust but it doesnt work. I guess it is software problem. I dont advise this phone to anybody. Just it is for simple use

Hello. I bought J2 prime 2 days ago. Actually I didn`t like it and its camera when using in messenger, skype and so on is so dark. I can not see myself. It is so dark. Could you help pls?

I am using this pbone about 2 weeks and I didnt face any problems or lags, even I am plaing RR3 and WoT Blitz
I am totally fine this phone and I think it is worthy for its price

yes every thing is cool in this world one is nokia.hahaha always nokia.
Is?

J2 Always had some weird chipsets with it.Like some experimental product.J2 2016 had Spreadtrum SC8830,which idk who tf makes it.The 2015 j2 model had Exynos but connections problems.Now low end mediatek.Samsung is testing out chipsets on his entry level phones and selling them at mid range price.
At least Grand Prime had SD 410,which is still used on LG phones (or at least newer versions of SD 400 series).

It literally has the same specs as the Galaxy Grand Prime if we dont count the chipset. I have one (sadly) and when I compare it to the photos of J2 Prime, every little single details are the same (if we dont count the forward facing flashflight). I think that Samsung still had some pieces of the Grand Prime left so they just took of what was left and made another phone out of it.

Hey Samsung! Why chipset mediatek ?
for me is question!
why?

this is a grand prime phone

AnonD-481463, 08 Nov 2016You obviously don't read! Grand Prime have Snapdragon proc... moreI know the processor and the front flash are the differing features between the two phones. and that is a very very very very very minimal difference. Which takes me back to my question. Samsung should stop this crap.

why they switch to mediatek... this is a junk phone!