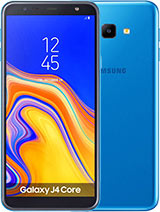 my sis bought this phone for me as a gift. It's total bulshit. one hell of a phone

1GB of RAM is a total bullshit

this phone is a new joke from samsung.

i really hate that people just write reviews without try phone... here not fun place .. if you didn't try phone we don't need to hear your review about how other brands is better...
also i tried xiaomi .. lenovo .. huawei ... yes they more cheap with better hardware but their are never as samsung ... that phones have lower performance than samsung ... what i like in samsung they know exactly how make phones that software and hardware is compatible ... not give high hardware with sooo small battery that make your wooow phone from other brand empty battery in no time .. also there touch screen that work more smoothly and great not like other brands that keep hanging or like Xiaomi that you can't use touch if you don't hold phone with hand ...
so stop give us lessons and reviews if you didn't try that phone we don't need to hear your fake experience

Alex, 01 Jan 2019AgreedJ4+ is the real waste for money it is way overpriced

one g ram are kidding me

other brands are moving to the future, and samsung back to the past to 2008. bye bye samsung.

RAM 1GB wasting money
I prefer J4 plus to this one

I used Oreo Go in 1GB ram. It could not run messenger, facebook, Uber, and literally any app over 25mb. I was not able to run two apps at once. Threw that away.

1GB RAM, I've seen phones from 6 years ago with more RAM. And seriously, the display (more specifically the resolution and PPI) is really awful. It's definitely not sharp at all.

Grand prime pro 2018, 22 Nov 20181gb ram is enough for android Go i agree 1gb ram is enough..but when you put more apps and all. its hangs like anything..min 2gb ram is needed so that to get a midrange type performance ..i have used nokia 1 and all.

Grand prime pro 2018, 22 Nov 2018This is android Go 5years past there was no android Gowhich is limited than true android os, with this price you can get better phone than this shit

samsung low end phone with laughable hardware and software but with overprice tag. maybe thats why i never seen someone in my city use samsung recent low end phone (mostly they use oppo branded realme, zenfone max pro, xiaomi and huawei that offer more but with cheaper price) if samsung not change their strategy for their low end phone iam afraid it will go like sony in my country

Anonymous, 11 Nov 2018Samsung, how low can you go...fighting the cheap chinese ph... moreSamsung always better and remember this is android Go