The Samsung J7 Max is a big, chunky device. The first time you lift it up, you are immediately aware of the bulk and dimensions of the phone. It's not as big as something like the Xioami Mi Max or Samsung's own C9 Pro, but it just feels bulkier and somewhat ungainly in hand. However, the phone does feel undeniably sturdy and we didn't encounter any flex or creaking in the body.

From the front, the phone looks like pretty much any other Samsung phone out there besides the Galaxy S8. On the top is the earpiece in the middle, with the front camera on the left and the flash on the right. At the bottom is the physical home button with an integrated fingerprint sensor, multitasking key on the left and back key on the right. The keys on the J7 Pro are not backlit.

Around the sides, the phone has a power button and a loudspeaker on the right. The unusual position of the loudspeaker means it's not as easy to muffle the loudspeaker in landscape mode, but there are certain holding positions which are a no-no if you'd like to hear sound from it.

The volume buttons are on the other side, and you can now press and hold power and volume down to take a screenshot, something which wasn't possible before on Samsung phones (although Power+Home works as well).

There are also two trays, one holding SIM 2 and the other for SIM 2 and microSD. It's good to see individual slots for microSD and SIM 2; you don't have to choose between one or the other as on many other devices, including some of Samsung's own.

On the bottom is a headphone jack and a microUSB port. It's unfortunate that in 2017, manufacturers are still shipping devices with microUSB on them.

On the back, the phone has a metal panel in the center with plastic running around the top and sides. In the center is the camera lens, which is completely flush with the back, and an LED flash.

The camera is surrounded by the Smart Glow LED ring, which serves as a glorified notification LED. It's really unclear what Samsung's thought process was with this thing, because it really makes no sense to us to have it on the back of the phone where it can't be seen. It doesn't even work as well as a simple notification LED because you have to specifically turn it on for select features. A simple LED on the front would have been a lot more useful.

Overall, the J7 Max feels sturdy and premium, and in the black color it looks pretty good, too. Unfortunately, the size and weight will likely put off some people, and we are not too thrilled about a few things: the Smart Glow LED location on the back, the loudspeaker on the side, non-backlit front keys and the presence of microUSB connector in this day and age.

The Galaxy J7 Max has a 5.7-inch, 1920x1080 display. It is a PLS LCD panel, which is Samsung's variation of IPS and only has negligible differences.

Unlike Samsung's Super AMOLED panels, which receive factory color calibration and multiple color profiles, the LCD panels are often shipped with barebones adjustments that adhere to no particular color profile and also have no color profile settings. As such, you are pretty much stuck with whatever you get out of the box. 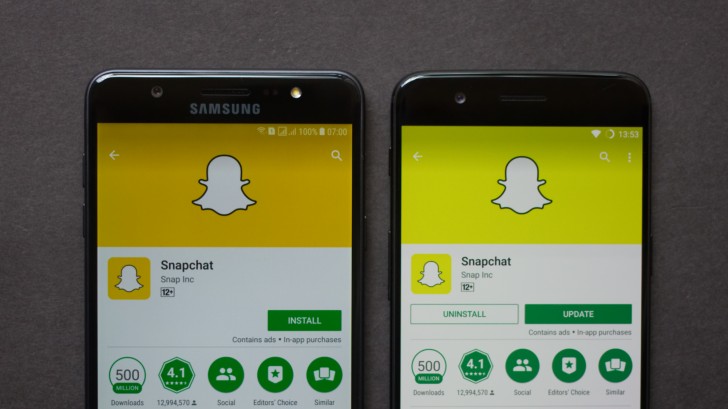 In typical Samsung fashion, the J7 Max ships with oversaturated colors out of the box. While that isn't terrible in itself, and a lot of people prefer it that way, the display also has hard time displaying certain colors correctly, particularly yellow. When we installed Snapchat, we had to double-check to see if Snapchat had changed its logo color from a bright lime yellow to a pale mustard yellow, only to realize that it was the display that was messing up.

Ridiculous colors aside, the display has good viewing angles and is bright enough to be seen outdoors under sunlight.

How I can order J7 Max