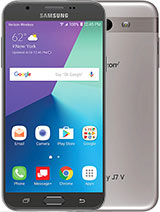 Biorider, 01 Aug 2020Very good phone. Had it for 3 years now, and love it to bit... moreHello fan,
Glad you love this phone. I have one too and am running into memory issues even though I don't have stored music or many apps.
Are you using a card to expand memory?

Very good phone. Had it for 3 years now, and love it to bits. Rooting is extremely easy, and bloat is gone. Still runs well, and battery holds a great charge. Perx Version

one slight correction i have is the j727v DOES actually have fm radio, just needs the nextradio app to access it.. vzw for some reason will not enable the internal app and all.. it's likely the other us variants have it as well

Anonymous, 16 Dec 2019I've had this phone for about a year now and am overall ver... moremake sure to delete cache

I got this phone for my birthday this year, I currently have the app Snapchat only installed. I have 17 pictures in my phone and it says I have no space. When I go to type my password in I can type it and press ok, but it then times out and turns off without trying to let me in. The phone is generally really ugly, with how it is shaped. It only comes in grey so if you are planning on buying this phone I would recommend not and getting an iphone.

I've had this phone for about a year now and am overall very happy with it. My only complaint is definitely the memory, as I am constantly getting notifications about it being almost full. Recently bought a 256GB micro SD card to fix this issue, but apparently Samsung likes the idea of civilization spiraling into destructive hateful turmoil and has decided to disable Android's DEFAULT "format as internal" option, so you're stuck manually moving apps to the SD card every time they update. Thanks a lot.

I agree. Mist if this phones 16gb appears to be taken up with bloatware and the operating system. I called samsung tech support and they said inhad too much stored on my sd card and this was still using more of the phones internal storage so I took out my sd card and deleted a bunch of apps. I would say this phone on Verizon gives you about 4gb of free space which means you cant really have more than 4gb of apps. I would think when it says the phone has 16gb that the owner of the phone would get at least 8gb for their own files, videos, apps etc. I am pretty upset about this phone and the poor support provided for it.

I hate this phone. It comes with so much useless Samsung and Google bloatware that you can't have very many of the aps that you really want. There's no more room in the internal memory. Also the response is slow, often times it seems that there is some other operation going on in the background that the phone ignores your taps. The only reason that I bought this pone was because it had a long lasting battery. It is still good in that regard, but not worth suffering through everything else. I'm done with Samsung forever.

I am running out of storage at 16gb in this phone. I have no pics as they go to the sd card and minimal apps but im still running out of space. Is there a way around this

Can we use internet in j7v using zong or any other network?
Anyone help..

Somebody147, 30 Jan 2019I have a brother with this phone about 6 months old he gets... moreThanks!! I ended up buying one as for business I strictly use my smartphone mostly with heavy web browsing usage in mind and when i say heavy im talking anywhere from 5-6 hours SOT with chrome every single day, this Samsung Galaxy J7V (2017) does not disappoint I have never in 10 years of using smartphones had one last 2 days with my usage pattern... this is a first, this devices has insane battery life the best part is that I'm not attached to an outlet or a portable battery 24/7 to get work done I can be out just about anywhere and not even think about plugging in second it has a replaceable battery for when it's battery does eventually decide to give up on me... it's funny because before I always required a removable battery because there wasn't a smartphone (for Verizon) that would get me through a day so I would have the spare batteries just to keep me going... this phone I don't even need to switch batteries it easily gets through the 2nd day even though my SOT usually ends up being around 14 hours over 2 day period before I have to charge again. Another note that should be made is that lion batteries die based on charge cycles, the less frequently you need to charge them the longer their lifespan... this smartphone is the sweet spot of battery longevity... it has insane battery life and a replaceable battery... I imagine if I take good care of this phone it should far outlive any other smartphone I own... and I still have a Droid X that's still kicking. One note is longevity is also factored by how well you care for a device I have never cracked a screen, dropped a device in water or destroyed any smartphone in a 10 year period every phone I have ever owned still functions and is in pristine condition. So for someone who is indifferent to phone's your usage may vary as the Samsung Galaxy J7v from what I have used of it within this period is by no means rugged and I will take social care to keep it in this pristine condition.

Aircrackng, 24 Dec 2018How is battery life could anyone do a SOT primarily with he... moreI have a brother with this phone about 6 months old he gets about 10-12 hours screen on time(he gets his phone to go for 2 days if he keeps his brightness consistently low enough)
and he normally keeps it that way. The screen is an okay LCD with low resolution and the glass breaks easily(he dropped onto carpet with a bulky case about 3 feet high and has a huge crack on the top center now.) it doesn't get very bright either but for strict battery life and if you're on verizon this gets quite good battery.

How is battery life could anyone do a SOT primarily with heavy web browsing prefferably chrome... id like to know how it compares to say an LG G5 from battery benchmarks ive seen a lot of extremely positive things about its battery matched with the fact that it has a removable battery.

Im sort of wondering whether half the people posting in the comments below are using some other version of the J7 as there are atleast 5 others like the (plus, prime, pro, perx) which are completely unrelated to the j727v or Samsung Galaxy J7v 2017 very specifically. Thanks in advance if anybody can help me.

I get about 5-6 hours of Chrome SOT with my LG G5 and it really doesn't feel like enough honestly so im hoping the benchmarks are right about this phone although I'm a bit skeptical the benchmarks i believe are using the gsm model with exynos processor so it could be wildly different then this one with the Snapdragon 625.

My Android Maxx wouldn't work my automobile apps so I went to Verizon to update. Salesman in Morehead City NC told me "for the money, this is a good phone" Guess he knew he wasn't spending his money....I'm very dissatisfied with the phone...first week out of the box the speaker stopped working. Second phone two weeks old and I wish I would have stuck with my Maxx. Lemons come in all shapes and colors apparently.

After updating on Oreo 8.01 my fone got New life all issues have been resolved, no heatup no laging so far good fone in this price range.