The Samsung Galaxy M22 we've been hearing about for a while now has moved a step closer to launch as it bagged Bluetooth certification.

The Galaxy M22 is listed on Bluetooth SIG's website with model code SM-M225FV_DS, where "DS" signifies dual-SIM support. The certifying authority also tells us that the M22 will come with Bluetooth 5.0, but other than that, it doesn't divulge anything about the smartphone. 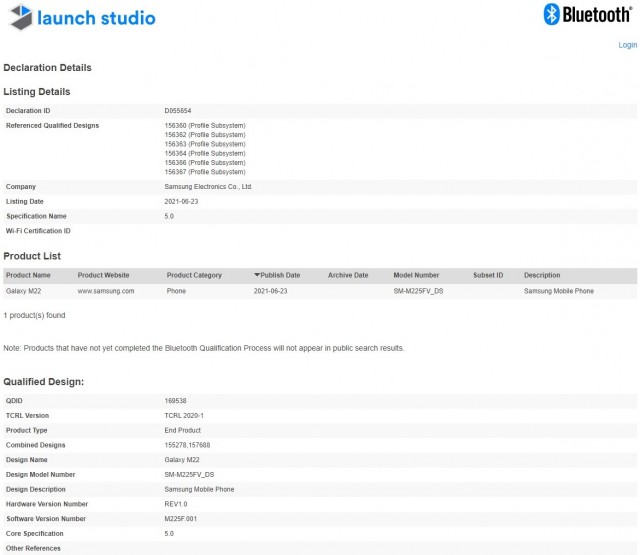 However, thanks to Geekbench, we know the Galaxy M22 will be powered by the Helio G80 SoC, run Android 11, and have 4GB RAM onboard. Although there could be other RAM options as well that are yet to be confirmed.

The smartphone was also certified by FCC recently, revealing 25W charging support in the process. But you'll have to shell out extra money if you want those charging speeds since the bundled adapter will only go up to 15W.

There's no word from Samsung about the Galaxy M22 yet, but the smartphone is expected to be based on the Galaxy A22.

They do have nfc