As we've already established, the Galaxy M30s is not like the others in the series. It's the first "of its kind" to officially go outside of India and China and the upgrade over the original Galaxy M30 is so big that it's hard to just call it a hardware refresh. It seems like something more. It's closer to a full-fledged Galaxy A midranger than any other handset from the M lineup. Which brings us to the first alternative. 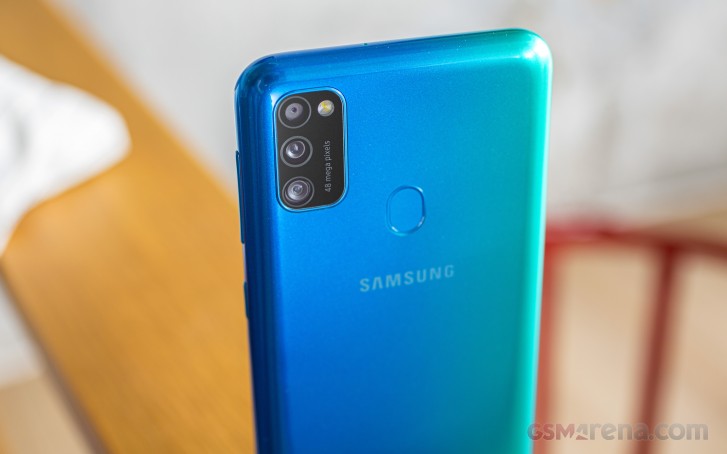 For roughly the same price you can find the Galaxy A50. Besides being arguably prettier, the Galaxy A50 drags behind the M30s in almost every possible aspect - performance, camera, and even battery life. They both offer large 6.4-inch Super AMOLEDs, though but don't be fooled by the cool gradient of the A50, the M30s is by far the more sensible solution.

Price-wise, the Galaxy M30s is flanked by two popular Xiaomi-made phones - the Redmi Note 8 Pro costing a little less and the Mi 9T asking a little more than 250. But no matter which one you choose, it would deliver better overall user experience and build quality. Even the cheaper Redmi Note 8 Pro carries Gorilla Glass 5 on the front and the back, has a more reliable fingerprint reader, a better camera performance (mostly in low-light), and offers at least some form of fast charging. It fails to deliver the screen experience you'd normally get from a Samsung-made AMOLED, though, and battery life although excellent, doesn't even come close to the M30s endurance.

As for the Mi 9T, it may be a bit more than the M30s right now, but the extra bucks are definitely worthwhile. We are talking full-screen design with a comparable AMOLED, far superior camera performance, faster chipset, and faster charging. It's as if the Mi 9T is in a different class. And this is exactly the case in India. 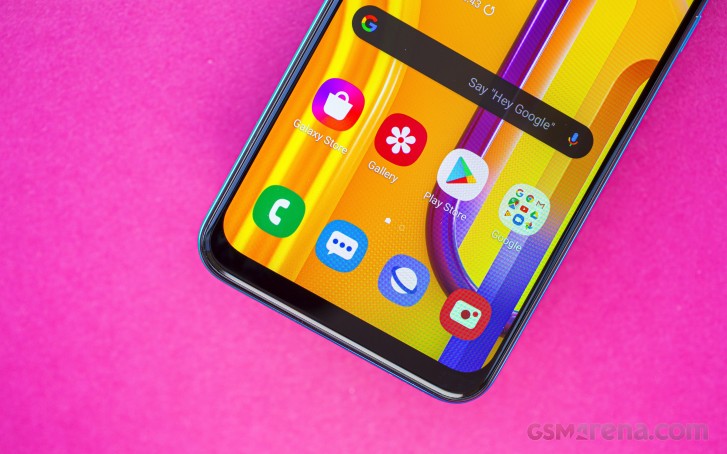 A quick market research shows that the Redmi Note 8 Pro and the Mi 9T (also called Redmi K20 in India) are pricier than the M30s in India - INR 20,000 for the K20 and INR 15,400 for the Note 8 Pro. And since users in India are familiar with the M-series, having these specs, the M30s is a much easier recommendation. But outside of the country's borders, Samsung's contender has to deal with fierce competition.

The Realme 5 Pro is another similarly-priced alternative for the Indian consumer ranging from INR 12,000 to INR 13,000 while beating the M30s in terms of performance and charging speed. The camera experience is comparable, though, and the M30s has the upper hand with far better Super AMOLED display and outstanding battery life. Since recently, you can find the Realme 5 Pro on the European market as well, and it turns out to be significantly cheaper than the M30s too.

The Galaxy M30s proved to be quite different from its siblings by getting closer to the Galaxy A-series. It's one of the easiest recommendations to make from Samsung's low- to mid-range portfolio. Moreso on some markets than on others.

But no matter the region, the Galaxy M30s has some universally compelling selling points - good overall camera performance, outstanding battery life, excellent OLED screen and decent performance thanks to the modern Exynos 9611 chipset. We didn't have any slow-downs or performance issues at all, despite the rather heavy Samsung One UI. 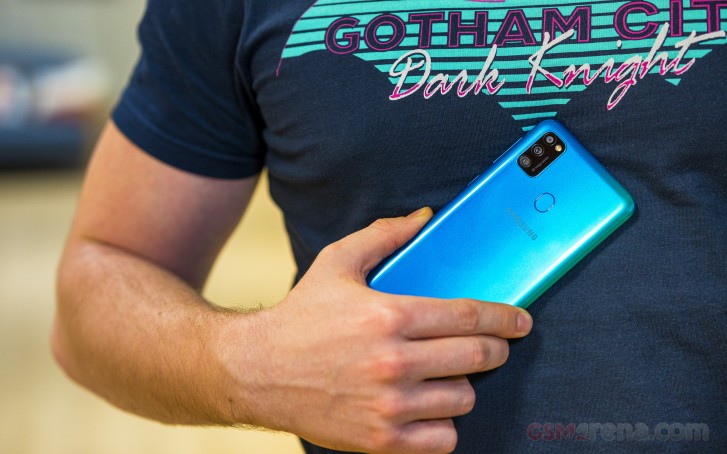 Our only serious complaint is about the fingerprint reader's performance - it's slow and unreliable, which is unacceptable even for a phone that cheap. Capacitive fingerprint scanners are already super cheap and the technology has matured enough to be implemented in all price categories. Seeing this one struggling to meet our reasonable expectations is a bummer.