The Galaxy M31s has a pretty similar design, not just to the recent M-series phones but also most of the 2020 smartphones by Samsung. This includes things like a centrally located hole-punch camera on the top of the display and camera cluster in the top left corner of the back of the phone. 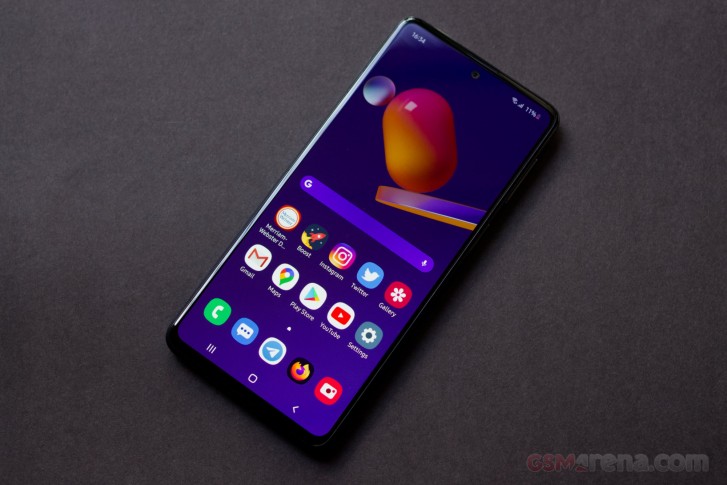 The hole-punch is how the Galaxy M31s distinguishes itself from other recent M-series launches, all of which had notches. The hole-punch on the Galaxy M31s is fairly prominent; normally, manufacturers tend these so they blend in better with the display. Samsung has instead chosen to give it a shiny chrome ring and also have a lighter appearance around the lens, so even when the display is off the camera shines brightly at the top.

Whether you like that or not, the camera cutout is pretty small and doesn't take up much space on the display. It will still be a bit distracting, of course, when consuming fullscreen content but it's also not as distracting as a notch or a larger, wider hole-punch. 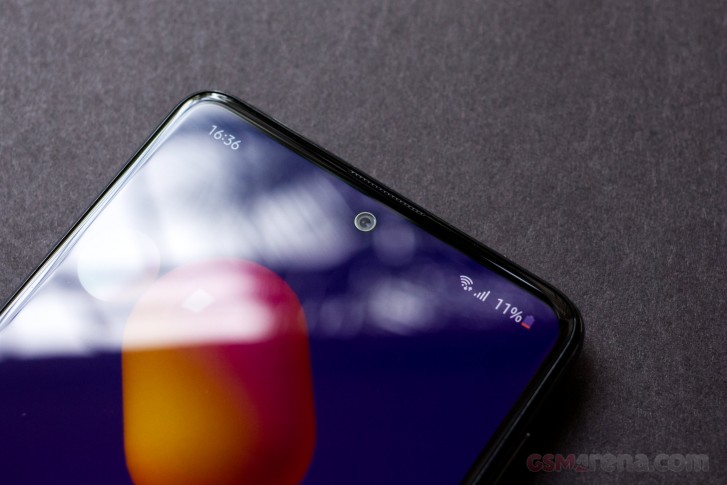 The rest of the front is pretty unassuming. The corners are a bit squared-off with ever so slightly prominent bezels all-around. The good thing is that the edges are all flat, so we don't have to contend with all the issues that come with a curved display, just for the sake of thinner bezels.

The sides of the phone would have been pretty nondescript too, had it not been for the inclusion of a fingerprint scanner. The Galaxy M31s has the fingerprint scanner built into the power button. This is a much more elegant arrangement than the back button found on previous M-series phones. We even prefer it to the hit or miss affair that is Samsung's ultrasonic fingerprint scanner on the flagship devices, which says more about the ultrasonic scanner than this humble capacitive sensor. 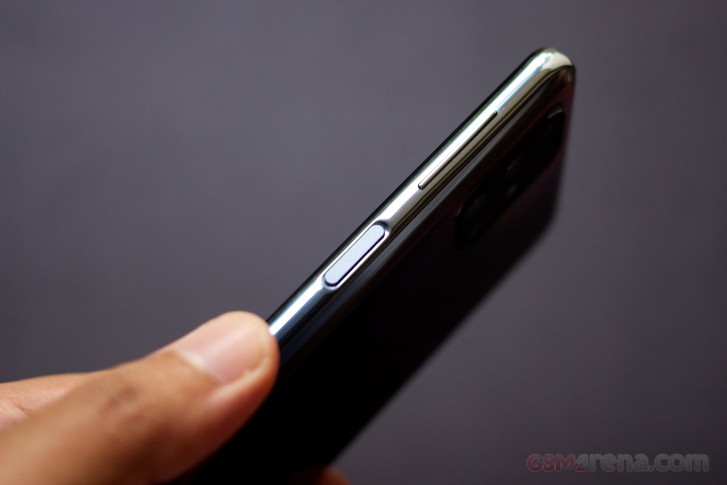 Just to clarify further, the fingerprint scanner on the Galaxy M31s works perfectly. It can be awkward if you are holding the phone in your left hand but you can train it to scan your left index finger and with some practice, you can get it to unlock pretty quickly.

Over to the back of the phone, the Galaxy M31s features an attractive design for the rear panel. Our review unit came in the Mirage Blue shade, which featured an iridescent shade of blue which gradually turned into steely gray as you go up the phone. It looks quite fascinating, especially the reflection of light, which gives this glossy surface a distinct rough, matte texture that is quite unique (and hard to capture on camera). In the corner is the camera array consisting of four lenses and the flash. The camera bump is nominally raised over the back of the phone but that's still enough to unsettle the phone on a desk.

In terms of build quality, the Galaxy M31s has a sturdy feel to it thanks to a rigid plastic frame. The back is also plastic and the glossy appearance means it could get scratched easily. The phone is a bit hefty, heftier than the Galaxy M31, but it's not as heavy as one would assume it would be considering it has a massive 6000mAh battery inside. Not having glass on the back has allowed the phone to shave off some grams from the total weight, which is in line with most flagship Android phones. 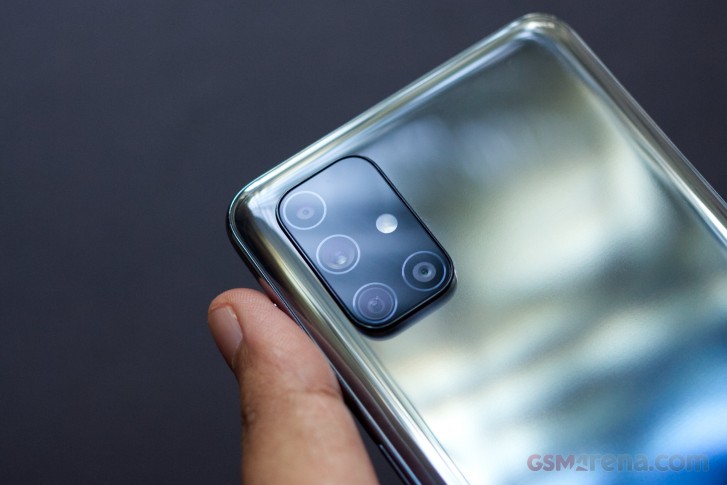 The Galaxy M31s has no ingress protection rating. We also didn't notice things like a rubber gasket around the SIM tray. It means not a lot of effort was put into making this impervious to the elements and there's also no case in the box so care will have to be taken in handling it.

The Galaxy M31s has a 6.5-inch, 2400x1800 resolution AMOLED panel. As mentioned previously, the display has a cutout at the center top for the front camera. The panel is flat and covered by Corning Gorilla Glass 3. The glass does not seem to be placed directly in contact with the display and there does seem to be a small but noticeable gap. 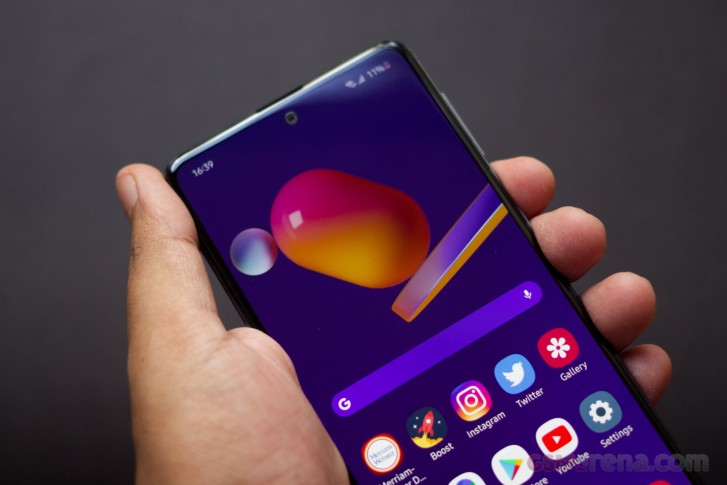 The display is excellent quality, as one would expect from a modern Samsung OLED panel. It gets adequately bright with good viewing angles. It has good color accuracy but doesn't support wide color gamuts. You can, however, set it to the vivid profile for a generic, saturated look.

The display is 60Hz, which likely won't be an issue for most customers. However, with an increasing number of budget phones starting to include a high refresh rate display, it behooves Samsung to get with the program and include at least a 90Hz display on its mid-range devices.

I'm using this mobile 2 months .the problem its coming overheat.