There are no less than four Samsung Galaxy *52 models, and we've already covered the three ones in the A series. On our quest to exhaust that list, we'll now be showing you the Galaxy M52 5G - a slightly more budget-friendly alternative that misses out on some A-level goodies but still comes with a 5G-capable chipset, a large 120Hz AMOLED display, spec-heavy cameras, and a big battery.

The M52 5G is equipped with the Snapdragon 778G 5G SoC (same as the A52s 5G), so you'll be getting great performance for the class, latest-gen connectivity, and potentially great battery life, an area where the 5,000mAh power pack certainly helps (4,500mAh on the A models). The M series can have 120Hz screens, too, and the M52 5G's 6.7-inch AMOLED is also slightly larger than the 6.5-inch ones of the A trio - bigger is better, some say.

In the imaging department, Samsung has scrapped the 5MP depth camera, much to nobody's objection. Fret not - the 5MP 'macro' unit is still here. More importantly, there's a 64MP primary camera and a 12MP ultrawide, as well as a 32MP one for selfies.

Some concessions had to be made to fit the budget, naturally. The lack of an IP rating is a bummer indeed (the As are IP67-certified), and a single loudspeaker is undoubtedly one fewer than the stereo setups of the higher-priced phones. Whether you'd call the M52's side-mounted fingerprint sensor a pro or a con compared to the under-display ones on the As, is entirely up to you.

The presentation of the Galaxy M52 5G is in line with other mid-tier Samsungs. The two-piece white cardboard box has a likeness of the phone printed on the lid, and the phone's name is above it. 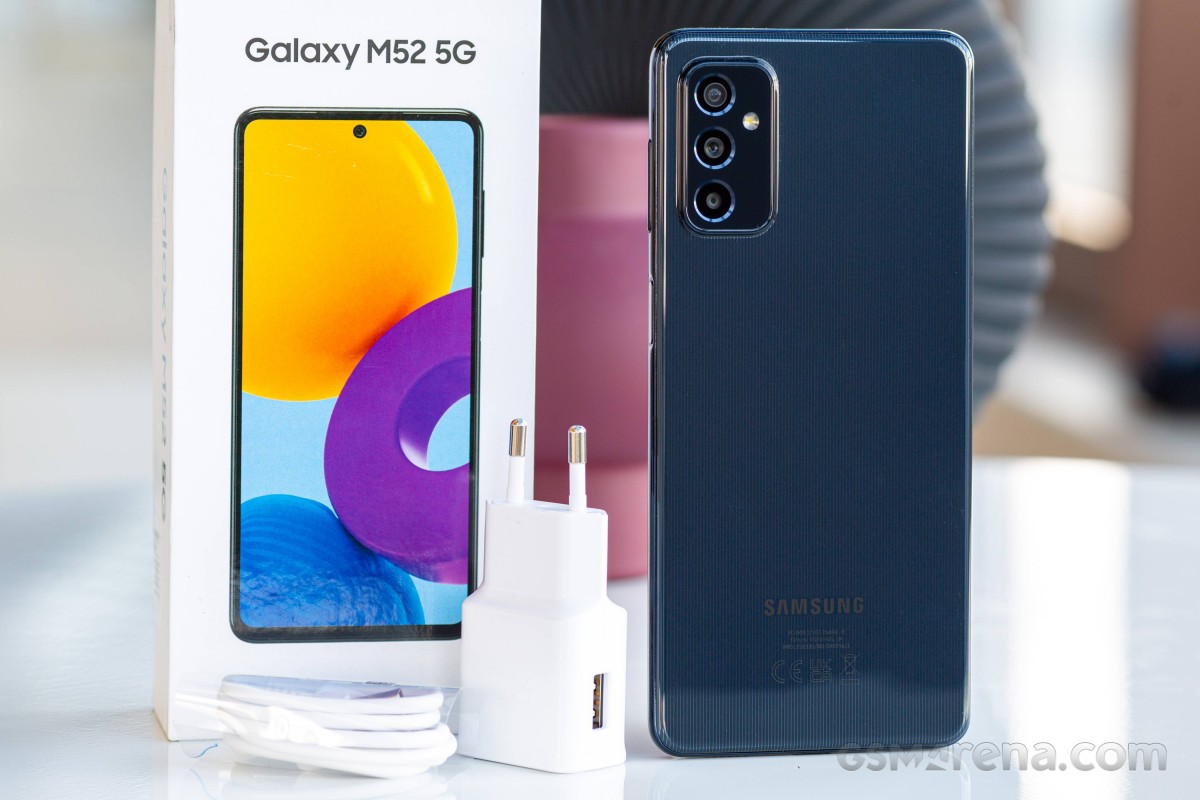 Inside the box, a somewhat unpleasant surprise awaits - the charger is only rated for 15W output while the M52 5G can take up to 25W. There is a USB-A-to-C cable included in the box, and that's about it.

but there is someone who is still having problems in MIUI. Do you have a way to solve it?