The beta build has version number N976NKSU1ZTK6 and brings along November 2020 Android security patch in addition to new UI and features. You can head over here to learn more about One UI 3.0 beta. 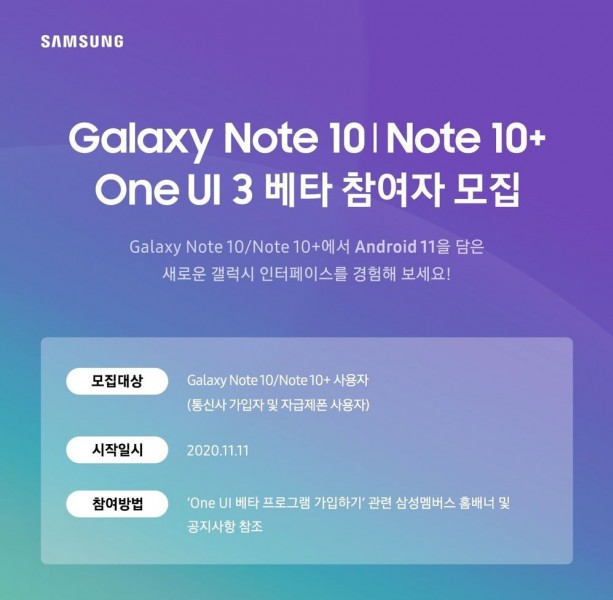 If you live in South Korea, you can give One UI 3.0 beta a try by participating in the beta program through the Samsung Members app.

The rest of the devices that are confirmed to get One UI 3.0 beta are the Galaxy Z Flip 5G, Galaxy Z Fold2 5G, Galaxy S10, Galaxy S10 5G, Galaxy S10e, and Galaxy S10+. The South Korean units will get the beta update first, but you can expect it to arrive in other countries soon.

waiting for beta test in india note 10 plus

Get out you bot :D