Samsung is expected to launch the Galaxy Note20 lineup in August, and rumors are already starting to get very specific. According to prolific leakster IceUniverse on Twitter and Weibo, the Galaxy Note20+ smartphone will have a 108MP sensor, while the ToF will be replaced by a laser focus sensor, assisting the main cam.

Machine-translated post on Weibo with the leaked camera specs

The sensor will be the 1/1.33" Samsung Bright HM1 - the very same seen in the Galaxy S20 Ultra. The additional laser focus sensor will assist the main camera, instead of having a static ToF sensor that analyzes the foreground and background.

The sensor behind the ultrawide-angle lens will be a 12MP ISOCELL Fast 2L3, which is 1/2.55” in size and comes with PDAF. According to the leakster, there will also be a periscope telephoto lens, but it have a 13MP Samsung Slim 3M5 - official numbers say it is 1/3”, while Universe Ice suggests it is 1/3.4”. With the smaller sensor compared to the Galaxy S20 Ultra the zoom will be limited to 50X - Samsung won’t pursue the 100X benchmark anymore. 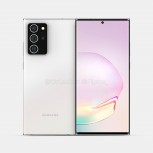 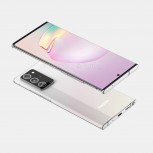 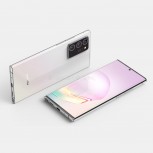 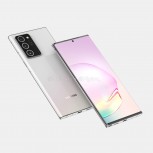 Previously we've heard that the Galaxy Note20+ will sport an updated Exynos 992 chipset, based on the 5nm process, and CAD renders have also appeared online to give us a better idea of its design.

Not for the "status". Me and many Note users... really use the pen, every day, continually. My very absolute FIRST feature to look for in a phone ot tab is the presence of a STYLUS. Integrated into the device (if possible). I don't like a separat...

I wish they bring back IR into Note series

Learn to read, he used Samsung deviceS for 7 years not keeping one phone for 7 years